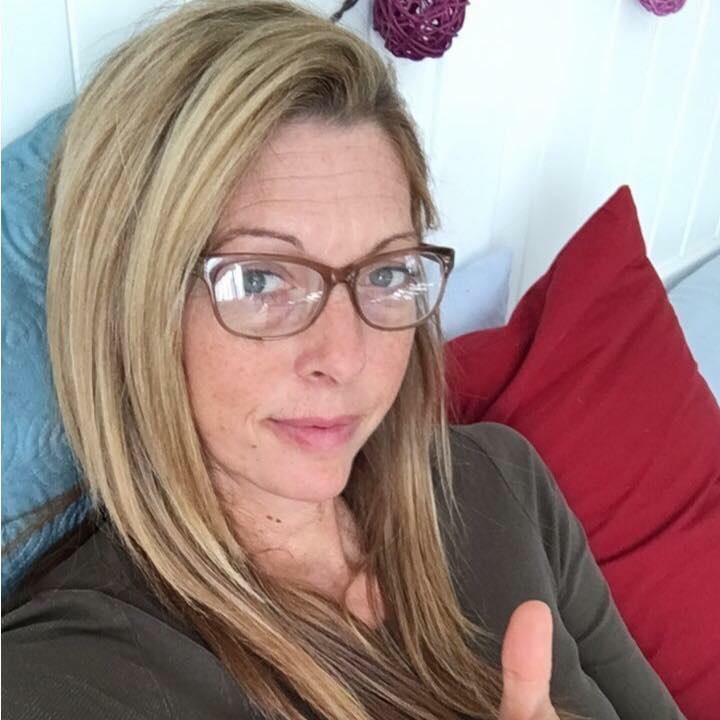 On February 15, 2016, I was diagnosed HIV, a week later, I was told I had AIDS. I eventually learned that I had contracted HIV from a past boyfriend in 2013. He was diagnosed months after we broke up and he never told me, he gave my number to the clinic that diagnosed him and they never contacted me. After nearly 3 years of all the tell-tale signs and not one doctor putting the pieces together, I didn't know I was positive until I had AIDS.

I thought my life was over. Here I was 45, in a new relationship for the past year, a mother of 3, teacher, surfer, skater and now an AIDS patient. How in the world did this happen to me? Initially, I felt so dirty and disgusting. The odds of contracting HIV felt so slim that I quickly decided I deserved it. Punishment for being naive and careless. Thinking I was invincible actually put my health in jeopardy. My gosh, what a gigantic mess.

I assumed I would be treated like a leper, that “HIV” would flash from my forehead wherever I went. It was a very dark time of illness, regret and worry, BUT it was also completely ABSURD to me. Within days of my diagnosis, I began to share with family and friends that they weren’t going to believe this, "but I had AIDS!". Everyone's reaction was shock and then immediate concern. It felt safe to share this insane news. That support gave me the confidence to share my story on Facebook three weeks after I was diagnosed and YouTube 5 months later.

Within those 5 months, I healed, physically, emotionally and psychologically. I needed the world to know that HIV wasn't going to change me, it was going to EMPOWER me. I had control now, I had my life back. The most glorious feeling ever was to forgive myself and love myself again. I needed people to know what HIV was today, stand strong in the face of stigma and hopefully find that one girl like me because there was no one in my world that could relate to what I was experiencing. Amazingly, within 3 weeks, I did find her and eventually so many more like me.

My HIV journey has turned out to be one of the most incredible blessings in my life. My YouTube channel gives me the opportunity to share my life with HIV, advocate for those who are scared and need more information and to continually bash the hell out of stigma. I love my life so much, I literally pinch myself every day.

Why Jennifer wants to be part of A Girl Like Me: I wish I had known about A Girl Like Me when I was diagnosed, I needed that support and to know I wasn’t alone. I'm beyond honored to be part of this family now, to help in any way I can for those that need support or guidance. I love giving hope and showing women that they can be strong and face anything, at any age. HIV is not the end, it can actually be an entirely new beginning.

Yay! I am so happy you are

Yay! I am so happy you are with us! Since our first meeting, it has been a natural fit! I can't wait to get your messages out to even more people through A Girl Like Me! <3

It was so great to meet you at USCA in D.C., I could have sat and chatted for hours.  Now, being affiliated with AGLM, it's one of those full circle moments.  To be able to support and cast a positive light on a virus that gets it's share of negativity is an honor. xo

What a brave powerful story. Welcome to our
family.
Angel S.

So glad to be here!   I need to sit and read up on everyone.  xoxo

welcome Jennifer to the familia !!