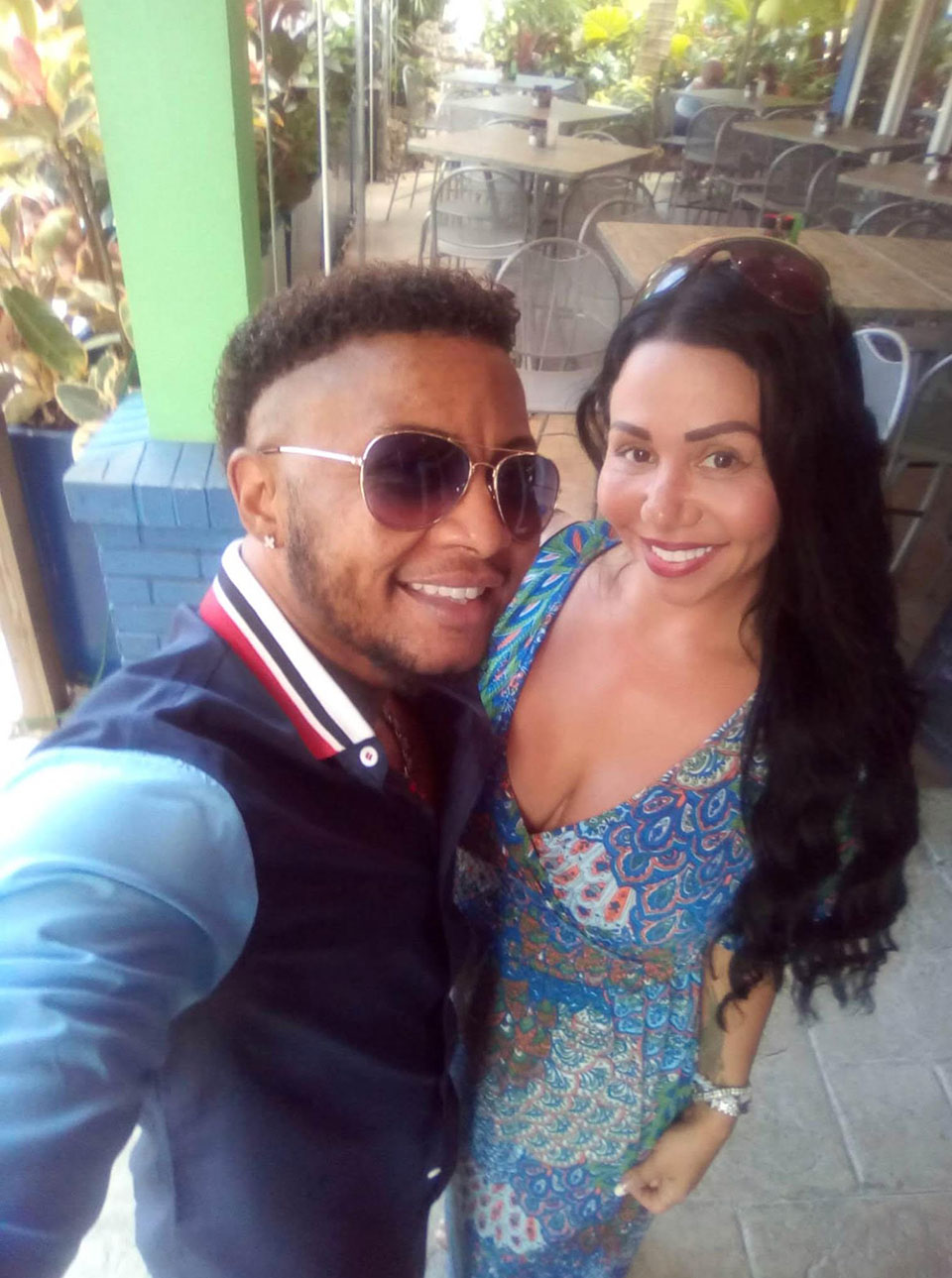 This is a blog about our immigration nightmare and what we have been suffering in silence since 2008.

Where do I start this very hard blog to write? I guess from the beginning.

Many people know I was in a very loving relationship with Li for 10 years. We had normal ups and downs, but we always had each other’s backs. We respected each other, and still do, and we will forever be family.

Many have assumed that Li and I broke up because within the last year of our relationship, Li started his process and all the things that come with being a transman. I didn't care. I was happy to see him happy and it is no secret that although the last 13 years of my life I have been in two relationships with the same sex. I am Bisexual although I was labeled a lesbian. I was ok with that because to me, Li and I were going to grow old together until the end. Well, this is not what happened.

I cannot get into too many personal details as far as the reason and shitty circumstances that led to the events that broke us up. It is up to him to talk about it if he ever wants to. This is not my place. I just want you all to know what we went through since 2008 and think about it.

We suffered in silence, with few knowing the real reasons because of safety issues in these times of Trump. I was horrified and got very scared when he was elected. Li was undocumented. No matter what we did--from getting married and all the money spent investing in our future--immigration did not want to pardon what Li did as a young person to survive in the streets of NYC.

Li was born in Colon, Panama and was brought to America at the age of fourteen. He went to high school and college and basically lived a normal life. Little did he know what the future held for him, and of course, myself. I met him on MySpace and we soon fell deeply in love.

He told me that because of him being a lesbian (at that time), it was hard for him in many ways and many issues were going on inside of him. He ended up, as many do, in the LGBTQ "homeless" community and having to survive those same streets that I know so very well. He already had applied for his green card and almost all his family are American citizens. Because of his young age, the 90s for him was a blur as he described of trying to find himself while living in his truth. Many know that when we are in the streets and surviving we make mistakes and some of those mistakes follow you for the rest of your life. That is exactly what happened to him. ☹

We applied for his green card, and he still had the documentation of the first time he filed and we wanted to make his status legal and live a normal and calm life together. After 9/11 things got harder for him, and when the economy bubble burst in 2008, a deportation letter came along with it that year. I was suffering along with him for so many years. Some people knew about his undocumented situation, but were not really there to help us, and that broke our hearts. That, and so much stress for the many years we had suffered, took a terrible toll on our relationship, and at one point I was going to go with him to Panama or Colombia, where I am from. Unfortunately, as many know, the health system in most Latin American countries is collapsing. He also was tired of hiding and not being able to be free. As he described to me, he was alive, but felt dead inside. He wanted to travel with me and do normal things that married couples do. I was also tired of lying. Why isn't Li on the cruise with you? Why doesn't Li go with you to Colombia? etc etc. Always having to say the same excuse "Oh, he can’t come, he is working.” LIES. LIES. LIES.

This year has been one of the most excruciating and painful years of my life. Li decided to go in September 2018, and one year before that, we announced that we were breaking up.  ☹   I knew I couldn't leave because my healthcare and activism work is here, and he couldn't continue to be a prisoner of the United States because of circumstances that I won't discuss out of respect, and because of what I mentioned before about things he did to survive years ago. We showed people that we could separate and still be family. You see, the love will always be there and he is my family for life.

Many didn't understand why I had a nervous breakdown when Trump won. I knew what type of hell we would be facing and that is exactly how many families feel.  ☹  Now you know the truth. I am glad Li let me write about our truth. He still wants me to go to Panama and says that my T cells would probably go up there, and the health system is not that bad. But I am afraid to make that move. I came here to the USA in the year 2000 dying. I left everyone behind in Colombia to come here and survive. I miss Li very much. Between him leaving, my father's death, having to move again, and deal with all of this sadness on my own is very hard. We talk every day. He is still there for me, and I am there for him until the end.

You don't understand the daily fear I would have when he would go to find some type of work, and know that he was driving without a license, and that I could get that call that he was in a detention center and would be deported. I lived in fear every day of my life. I still have a lot of fears and I am trying really hard to keep it together. Why must we suffer so much and live through so many injustices? Why couldn't they overlook his past and understand that he made mistakes just like we all have? He was in survival mode. Marrying him meant nothing. People that I vented my frustrations and worries to didn't know what to say to me.  I just continued trying to be that strong woman while I was dying inside from the emotional and mental pain I felt and I still do. I don't know what the future brings, but I do know that Li is a warrior just like me, and now he is free to be all he can be without having to hide in fear.

I have overcome so much that I don't even know how I do it sometimes. My spirit pushes me through. This is one of my very first blogs this year where I will be venting and talking about many hurtful things, but also how I manage to rise like a phoenix all over again. As everyone knows, I try to live by example with much love and light.

We all miss Li, but he is now free as he should be. Although this situation is painful for both of us and it really sucks. So be mindful. You never really know what a human being is going through in life. Let's be kinder and learn to forgive.  ♥

I understand your reluctance and fear to discuss this.  We live in scary times.  Although I knew of some of the struggles, reading breaks my heart for both of you.  I am sorry you and Li had to go through this and sorry you had to keep this pain inside for so long.

Your willingness to openly write about this experience is powerful and can benefit others who may be going through something similar.  Your honesty, courage, and strength are inspiring and I am grateful to know you and proud of everything you do.

You have overcome so much and always done so with grace and dignity.  I honor and love you.

You have been there through it all and I really appreciate your words of comfort! it has not been easy and I am struggling with it so much, but life is not easy and we have to take the good with the bad