In 2007, Vanlalruati Colney started the Positive Women’s Network of Mizoram to help persons living with HIV (PLHIV) in her state find access to medication, rehabilitation, legal assistance, nutrition, education and employment. She talks about her journey as an HIV positive woman, and the challenges she had to overcome.

For 37-year-old Vanlalruati Colney, things were as idyllic as they could be for the first few years of her life. Growing up in Mizoram’s Aizawl, she lived with her father, a government official, and her mother, a home-maker. Her childhood was marked by bedtime stories from the Bible, spending time with her two brothers and cultivating her love for books and reading. But her parents soon split, owing to religious differences, and Colney found herself shifting between homes constantly. She’d change three schools within a year because of the constant relocating. But despite it all, she says she was a relatively happy kid. Colney adds that she was raised in a close-knit community. “Respecting our elders was fervently taught to us. It was during this time when drugs had become popular in our area. Our elders would make us buy drugs from pharmacies and the black market. This made me uncomfortable and uneasy at times. However, we were scared and hesitant, but didn’t dare say no to their requests,” she recalls, in conversation with The Better India.

Almost naturally, Colney fell into drug abuse at a young age. At 20, she was diagnosed with HIV, as a result of intravenous drug abuse. “I later had the Shingles (Herpes Zoster). As a result of the blisters and rashes all over my body, I couldn’t even wear clothes. My hair was falling off. I was put in an isolation ward all by myself. The fluid discharge caused by the infection led to my skin sticking to the bedsheets, which had to be washed every day. But the hospital staff was hesitant to touch the sheets, so I’d have to do it myself,” she says.

At this time, ART (antiretroviral therapy), which suppresses replication of the virus and restores the immune system, had not been made available in Mizoram. Even healthcare providers were not too well-versed with HIV at the time. Colney’s condition was deteriorating, and everyone, including her family, was convinced she would die. “We were struggling and did not have enough money to even buy medicines,” she recalls. She took the first phase of her de-addiction at home, and decided to go cold-turkey. Fevers, vomiting, muscle cramps, anxiety, and mood swings — her body protested in many ways. However, she held her resolve. She joined her local church group, where she found support rather than discrimination, and the desire to help fellow HIV patients grew stronger in her. “I volunteered in the field with no experience and qualification, but had one strong motive — I wanted to give them all my help in reducing their hardship and burden. I kept thinking, ‘If not me, then who?’”

Meanwhile, the severity of her illness became better over time. In 2007, Colney established the Positive Women’s Network of Mizoram (PWNM), a support and advocacy group for women living with HIV in the state. The organisation has been registered with the Mizoram Government Society. “The idea was to uplift and empower women living with HIV, educate them for their welfare, and support and assist one another. The state has over 20,000 registered People Living With HIV (PLHIV), so we wanted to ensure their rights, medical support, connection with state schemes and citizenship entitlements,” Colney says. PWNM runs a Care & Support Centre for PLHIV and Colney says they are India’s first community-based Link ART Centre. Through their advocacy efforts, the organisation has pushed for making mainstream general healthcare accessible for PLHIV. Services provided by PWNM include campaigns and activities to spread information and awareness on HIV and AIDS, enable support groups and peer counselling, provide legal assistance and access to treatment, rehabilitation and healthcare facilities, linkage with government schemes, employment opportunities and vocational training.

A friend in need

So far, the organisation has helped over 10,000 people across the state, including women and children. A 39-year-old from the network says, “I was diagnosed with HIV in 2015, and found out about PWNM through social media. The organisation has helped me in many ways, especially with delivery of medication in a timely and confidential manner, so my family and community members are not made aware of my status. The medication reaches my doorstep directly. It’s very important to take the medicine regularly — I can’t miss even one day. The organisation has been very diligent and regular with deliveries. During the COVID-19 outbreak, and the lockdown, we couldn’t even step out. PWNM had to seek several permissions, all the while maintaining our confidentiality.” She adds, “We were also provided with food such as milk, eggs, dal, vegetables and rice. Sometimes, they just lend us a shoulder to cry on, or a listening ear. We suffer from a lot of physical as well as mental ailments, and no matter how minor our problems seem, the organisation provides counselling and support when our morale is very down. They’re available 24×7 and always accessible.” “It’s hard for members of our community to find employment. The organisation regularly gives us Rs 5,000 a month to support and help sustain ourselves,” she notes.

Continue reading on The Better India 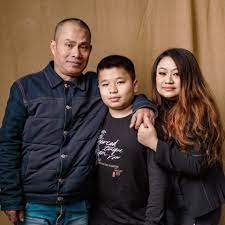