Skip to main content
Home > Who We Are > News/Press > Highlights from AIDS 2014: an Interview with Judy Auerbach

Highlights from AIDS 2014: an Interview with Judy Auerbach 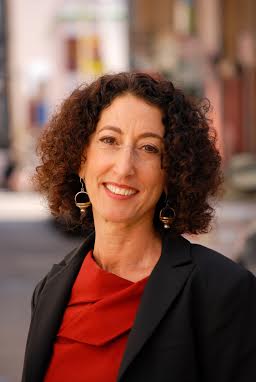 Judith Auerbach, Ph.D., is a public sociologist, independent science and policy consultant, and adjunct professor in the School of Medicine at the University of California, San Francisco (UCSF) who has demonstrated a lifelong commitment to helping women with HIV. The Well Project considers itself honored to have Judy on our board of directors. As a member of the International AIDS Society's (IAS) Governing Council, Judy played an important role at this year's International AIDS Conference, which was recently held in Melbourne, Australia, participating in and leading a number of sessions. We sat down with her to get her insights on the conference and to learn about the most exciting advances in HIV and AIDS, with a special focus on what that means for women.

The Well Project: Thank you so much for taking the time to talk to us. We saw your itinerary at the conference and you were a busy woman! As a member of IAS's Governing Council, you had a hand in identifying and developing some of the themes of the conference. Can you describe a few areas for which you saw a lot of interest at the meeting?

Judy Auerbach: PrEP, or pre-exposure prophylaxis, was a big focus at the meeting. This is a topic that people were really skeptical of until the last year or so, when there was a palpable shift and the tenor and tone of the discussion became much more positive and proactive. Now there seems to be an acceptance that PrEP is an important option in our HIV prevention toolbox. The conference featured research that addressed many aspects of PrEP, from continued clinical data showing that it works, to attitudes and knowledge about PrEP, to the likelihood that different populations will use it. There was a much greater focus on PrEP use among women than there has been in the past and the discussion was much more robust. Topics included PrEP for conception among sero-discordant couples (couples with different HIV statuses), women's advocacy of PrEP, and various formulations and modes of delivery of PrEP that will be of interest to different women. For all populations, significant policy and payment questions around PrEP were debated and remain, including, who will pay for PrEP, and how?

Cure research, which has been a hot topic for the last couple of years, continued to generate a lot of enthusiasm at the conference. I'm excited to see an emerging interest in psycho-social issues related to HIV cure research, as it is one of my areas of focus. Most notably, that relates to HIV-infected people's willingness to participate in clinical trials (which may mean temporarily stopping their treatment); we spent a lot of time discussing the ethical issues around the risk and benefit of doing so. Researchers at the meeting described the need to include diverse populations in cure research, including women. To date though, there has been minimal participation of women in cure research studies, as an analysis by Rowena Johnston at amfAR has shown, and moving forward, it's vital that women be included in order to ensure that the resulting cure strategies are appropriate for them.

There was also an emergent focus on public understanding of science at this conference, which is really important if you think about engaging people in HIV prevention and care, particularly when new medications or other technologies are involved. There is a broad spectrum of individual understanding of and engagement in HIV research and that can affect everything from participating in clinical trials, to adhering to medication, to interpretations about the purposes of a study in a community. One important aspect of this is identifying the individuals and organizations who are "translating" highly scientific content into understandable and actionable information that can be used by people who have limited scientific background or training. I think this is an especially interesting topic for The Well Project, because so much of what we do is about translating complicated basic, clinical, behavioral, and social science content so that people can really use it effectively in their day-to-day lives.

The Well Project: The meeting started off on a tragic note, when a number of delegates headed to the conference on the Malaysia Air flight were killed when the plane was shot down. How did that affect the meeting?

Judy Auerbach: This was such a tragedy – particularly for our Dutch and Malaysian colleagues. There were also a number of Australians on the plane who were killed, so the effect of the tragedy was profound in Melbourne. The meeting started with such a pall over it – so many of the attendees knew one or more people who were killed on the plane. We really had to figure out how or even if we should carry on with the meeting. But the meeting organizers handled it very well, finding ways for us to memorialize our colleagues throughout the meeting. In the end, there was a real feeling of unity and camaraderie, of coming together, among all of us – to carry on in the name of our deceased colleagues. As you would imagine, this lent itself well to very valuable discourse and discussion.

The Well Project: What were some of the policy issues highlighted at the meeting?

Thematically, the HIV treatment cascade or care continuum, is underlying everything we talk about. It's become a valuable tool for framing the dialogue around testing and whether individuals are receiving appropriate and optimal care. At this conference, there was greater recognition that the HIV prevention and care/treatment continua are linked and must be addressed simultaneously.

The Well Project: Was there a significant focus on women at the meeting?

Judy Auerbach: A key theme of the whole conference was "key populations" – these are groups that have been defined as being at disproportionate risk for HIV and they include drug users (specifically, people who inject drugs); gay, bisexual and transgender individuals; and sex workers. It is imperative that we bring more attention to these populations because their marginalization contributes to their disproportionate rates of HIV in most settings. But it's challenging because in some parts of the world, namely sub-Saharan Africa, it is young, heterosexual women who have the highest rates of HIV infection, and they are not represented in this frame of "key populations." We have to figure out how to bring attention to the populations who most need it, without dismissing the needs of everyone else, especially in resource-constrained settings.

Notwithstanding this issue, there was a fair bit of attention to women at the conference, including in the context of sex work. Australia has particularly strong unions for sex workers and they were able to contribute significantly to the dialogue (sometimes in disruptive ways, like staging a brief demonstration during a key presentation to get their points across). This is important because sex work is such a taboo subject, and it is a highly political one. For example, in many places, if a sex worker apprehended by law enforcement is carrying condoms, the condoms can be used as evidence against her, which is obviously a huge issue in HIV prevention. It is interesting to me that we are not yet seeing as much attention to this as we are to the global criminalization of homosexuality.

The Well Project: Was there anything else at the meeting that you think our readers would be particularly interested in?

Judy Auerbach: It was heartening to see more discussions and presentations focused on violence and trauma against women as it relates to HIV transmission, pathogenesis, disease progression, and psycho-social outcomes. As we discussed at the 2014 WRI meeting, this is a topic that needs to be addressed across the entire continuum of care (and prevention) in order to optimize women's health and well-being.

Marig2016 commented on When It Clicks