October is National Domestic Violence Awareness Month and The Well Project is dedicated to raising awareness about the intersection of violence, trauma, women, and HIV, and helping end violence against women living with HIV. What is the connection?

Many women may be at risk of abuse or violence—and even death—because of their HIV status. One study revealed that more than one in four women with HIV had been physically harmed since their HIV diagnosis. 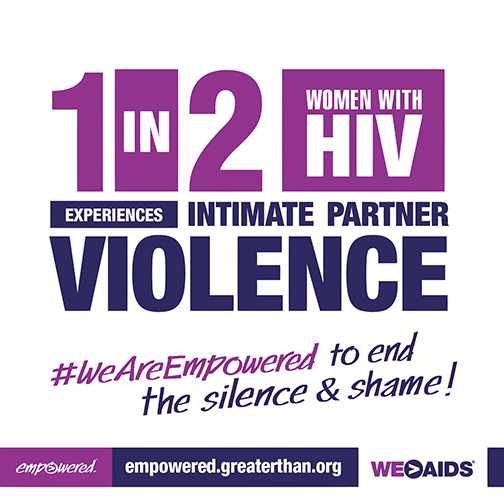 The Well Project is proud a proud partner of Empowered: Women, HIV and Intimate Partner Violence, a new public awareness campaign designed to bring much-needed attention to this issue.

This campaign brings together major players in the health, HIV, and domestic violence worlds including the Kaiser Family Foundation / Greater Than AIDS, Planned Parenthood Federation of America, the National Domestic Violence Hotline / loveisrespect, The Positive Women's Network-USA, and The Well Project, with additional support from The Elizabeth Taylor AIDS Foundation.

"The Well Project is dedicated to providing resources to increase knowledge about and support for this often neglected or 'hushed up' issue," said Krista Martel, executive director of The Well Project. "We have published more than 40 blogs on A Girl Like Me which touched upon the topic of violence, trauma, or abuse. These blogs highlight the prevalence of abuse and trauma among women living with HIV, and demonstrate to our community that we are not alone and it is ok to ask for help and support. We believe the courage and shared experiences of the five amazing women in the Empowered campaign will further increase awareness about the importance of accessing care and support, as well as the need for trauma-informed care among providers treating women living with HIV."

The Empowered campaign is centered on a 20-minute video featuring Tonya Lewis Lee – lawyer, author, producer and longtime advocate for women's health issues –that highlights the experiences of five women living with HIV, Michelle Anderson, Gina Brown, Lynnea Garbutt, Vickie Lynn, and Maria Mejia, who have had experience with, and received services related to, IPV. Four of these women have worked with The Well Project for a number of years, lending their expertise, perspective, and voices to our Community Advisory Board, A Girl Like Me blog, and Women's Research Initiative on HIV/AIDS. 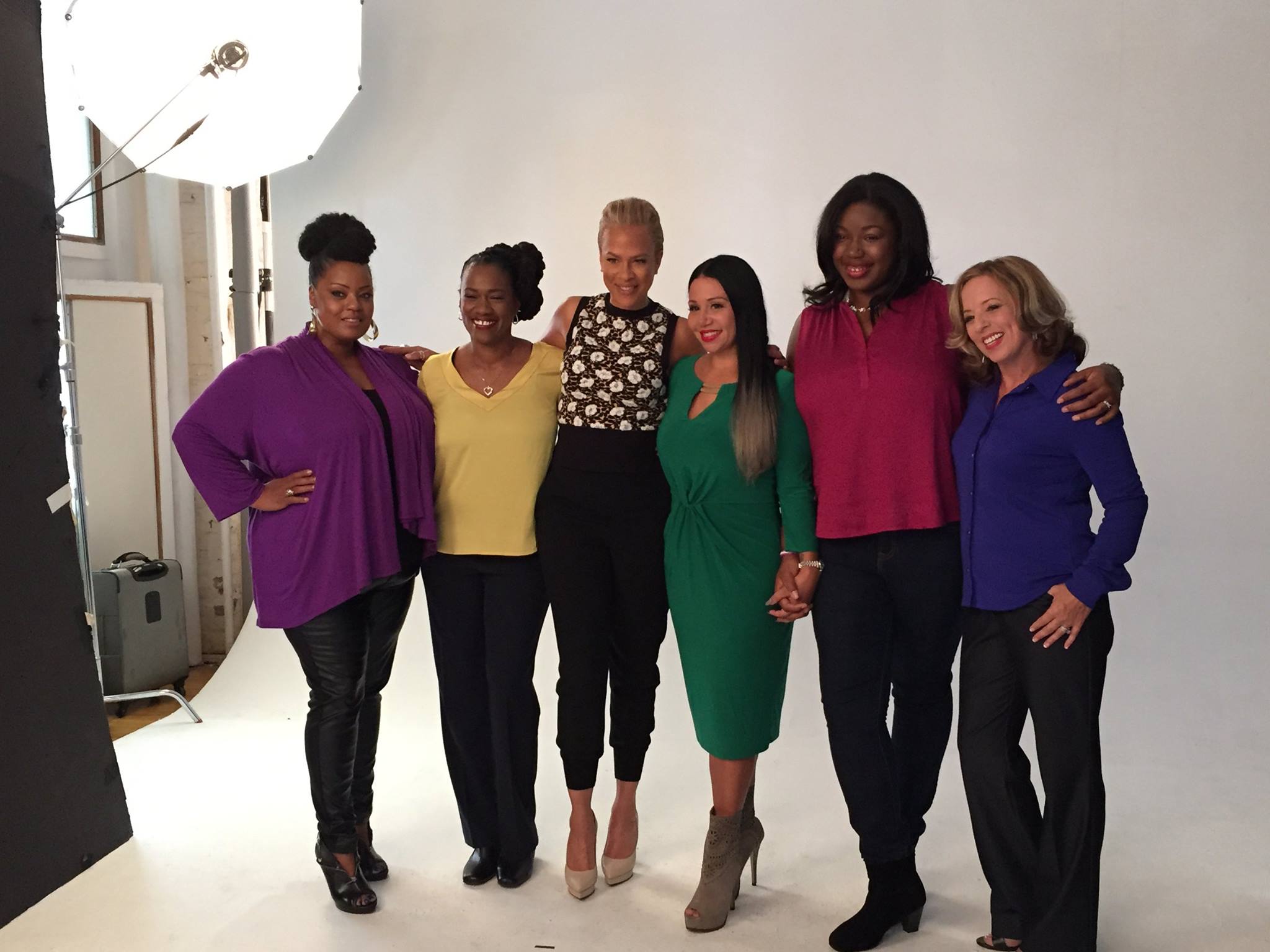 "It took me a long time to realize that my story is not unique," said Michelle Anderson, community advisory board member for The Well Project, blogger for A Girl Like Me and spokesperson for the Empowered campaign. "Many of us are walking around bruised and broken, full of hurt and shame."

"Addressing the mental and emotional health of people living with HIV is extremely important for providers, and is closely intertwined with violence and trauma," said Vickie Lynn, community advisory board member for The Well Project, blogger for A Girl Like Me, and spokesperson for the Empowered campaign. "Whether you suffered abuse as a young child or are going through it as an adult, there is often a part of you that takes on the blame, that you did something wrong. It is so important to seek support and change the voices in your head to know that you are worthy of love."

"I want to show the world that it is ok to be a strong woman and ask for help at the same time," said Maria Mejia, global ambassador and community advisory board member for The Well Project, blogger for A Girl Like Me, and spokesperson for the Empowered campaign. "Being part of the Empowered campaign resurfaced many issues that I thought had healed. Through the other women in the campaign, I realize that it is important to get support and therapy, which I am now currently seeking."

In addition to the blogs, The Well Project has two fact sheets that can be extremely helpful to women living with HIV and others seeking information on these topics, Violence Against Women and HIV and Trauma and HIV. We have also created a clearinghouse of resources on this topic for individuals who wish to learn more about the impact of IPV and trauma on HIV and take action, including scientific and policy data, publications, and survivors' personal stories and community-based fact sheets.

"The intersection of violence and HIV is a vitally important issue for women that demands not only attention, but also action," said Dawn Averitt, founder of The Well Project. "Last year, our Women's Research Initiative on HIV/AIDS hosted a meeting that focused on the role that violence and trauma play for women in HIV acquisition, access to care, care delivery, retention, and wellness outcomes, where we concluded that HIV prevention and care must be informed by the well-documented research focused on mitigating the effects of violence and trauma."

"There are many opportunities to influence research, policy, and education to improve outcomes for women and all people living with and at risk for HIV disease," said Gina Brown, RSW, WRI member and spokesperson for the Empowered campaign. "While it is more difficult for many of us to discuss our experiences with violence and trauma than it is our HIV, it is time for their connection to each other to become more public and addressed."

For more information about the Empowered: Women, HIV and Intimate Partner Violence campaign, please click here to read the press release and here to view the videos.

For additional statistics on this topic, how to get involved, and recommendations for local, state and national advocacy, please click here to view PWN-USA's fact sheet.

And please join us on Friday, October 23, 2015 for the National Day of Action to End Violence Against Women Living with HIV for a Twitter chat with PWN-USA at 11 am EST. 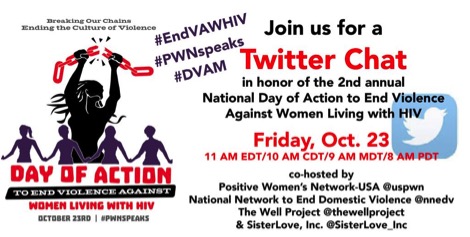