February 1, 2021 - Brooklyn, NY. The Well Project, a non-profit organization working to change the course of the HIV pandemic though a unique and comprehensive focus on women, today announced several important changes to the Board of Directors and additions to the team, including the appointment of Linda H. Scruggs, Ribbon (formally Ribbon Consulting Group), as Chair of the Board.

"The new appointments to our board and team reflect the important and thoughtful ways that The Well Project continues to grow," said Krista Martel, The Well Project's Executive Director. "We are honored and thrilled to announce new roles for this illustrious group of women. Their expertise will strengthen The Well Project across all of our programming."

In addition to the appointment of Ms. Scruggs to Board Chair, Vignetta Charles, PhD, ETR, has become the Board Treasurer and Dawn Averitt will return to the Board of Directors. Ciarra Covin joins The Well Project in a full-time position as Program Coordinator; Gina Brown, RSW, Southern AIDS Coalition, becomes Chair of the Community Advisory Board (CAB); and Jyoti Dhawale becomes a Global Ambassador, advancing The Well Project’s efforts in India.

"The Well Project has long been an important source of information for women living with HIV, but in recent years, it has become a leader in the field, creating and advancing programming that can't be found anywhere else," said Ms. Scruggs. "As the new Chair of the Board of Directors, I am eager to help lead The Well Project as it continues to expand and respond to the needs of women living with HIV around the world." 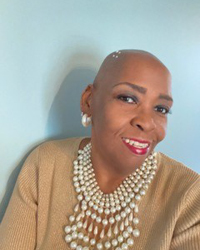 Linda H. Scruggs was diagnosed with HIV more than 30 years ago and has served as an HIV educator, activist, and national and community leader during that time. She is a positive voice in the HIV community denouncing stigma and discrimination and promoting meaning involvement, employment, healthcare, access, and treatment choices for people living with HIV. Linda is the co-executive director of Ribbon, a provider of skills-building training, technical assistance, and organizational development and leadership services to community-based organizations, health departments, hospitals, corporate partners, and state and federal government agencies. She is a founding member of PWN-USA and the National Black Woman HIV Network and served as a member of CDC/HRSA Advisory Committee on HIV, Viral Hepatitis, STD Prevention and Treatment. Linda received an Honorable Mention by President Barrack Obama in July 2010 and has been profiled in numerous media sources including POZ, HIVPLUS, ESSENCE Magazine, and CNN, among others. In July 2012, she addressed nearly 20,000 attendees about the global need to support women living with HIV as a plenary speaker at the International AIDS Conference in Washington, DC. In her role as Board Chair, she will work closely with the Executive Director and the board to facilitate organizational growth and advance The Well Project's mission. 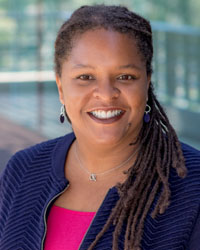 Vignetta Charles, PhD is Chief Executive Officer at ETR, a non-profit committed to advancing health equity globally through science-based products and services. Vignetta served on the Presidential Advisory Council on HIV/AIDS (PACHA) from 2014-2017, advising the White House and Health and Human Services on HIV/AIDS domestically and globally. She currently serves on the Board of the Black Emotional and Mental Health Collective (BEAM), and the Advisory Boards of the Elizabeth Taylor AIDS Foundation and the Transgender Strategy Center. In her role as Treasurer of the Board of Directors she will ensure the Board's fiduciary oversight over The Well Project's financial position, policies, and procedures. 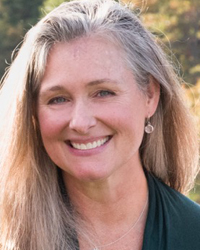 Dawn Averitt is the Founder of The Well Project. She began working in HIV in 1993, after being diagnosed with HIV five years prior. She also founded WISE (Women's Information Service and Exchange) in 1995. Over the past 25+ years, she has developed programs to increase awareness, accelerate testing, provide access to treatment, disseminate information, and expand clinical trials. Dawn served as a member of the Perinatal HIV Guidelines Committee from 2007-2012, the Office of AIDS Research Advisory Council (OARAC) from 2008-2012, two terms on the scientific program committee for the Conference on Retroviruses and Opportunistic Infections (CROI), and two terms on PACHA from 2010-2015 during the Obama administration. 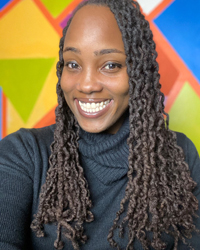 Ciarra (Ci Ci) Covin has been a survivor of HIV for more than a decade, diagnosed at the age of 20 in a small rural town in the southern region of the United States. She has found great strength and healing in using her Master's degree in Human Services, coupled with raw life experiences, to advocate for those living with HIV. Ci Ci became a blogger for The Well Project's A Girl Like Me in 2018 and a member of the CAB in 2020. In her role as Program Coordinator, she will support the planning and implementation of The Well Project programming, including social media, communications, and community-led initiatives. 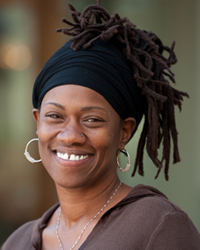 Gina Brown, RSW is a Community Engagement Manager with the Southern AIDS Coalition. She has worked in HIV for 15 years and has been living with HIV for 23 years. Gina graduated Magna Cum Laude from Southern University at New Orleans with a Bachelor of Social Work and a minor in History in 2011. She received her Master's degree in Social Work in 2012. Gina is a former member of PACHA. In her role as Chair of the CAB, Gina will act as a liaison between The Well Project staff and the CAB, providing guidance and direction to the team and optimizing engagement with The Well Project's programming. 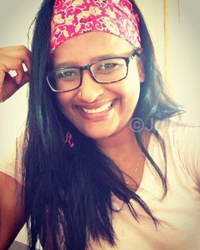 Jyoti Dhawale is an Indian-based HIV advocate and changemaker who began working with The Well Project in 2010 as a blogger for A Girl Like Me and joined the CAB in 2014. In her role as a CAB member, she travels extensively to most parts of India, holding community programs, talk shows in corporate sectors, and awareness programs in classrooms. In her role as Global Ambassador for The Well Project, she will build upon these efforts and facilitate the translation of and disseminate of fact sheets into Hindi.

As Ms. Scruggs and Dr. Charles assume new roles on the board, Judith D. Auerbach, PhD, University of California at San Francisco, will step down as Board Co-Chair and will become Board Vice Chair. Richard Averitt, Co-Founder of The Well Project, will also step down from his role as Board Co-Chair, and will remain a board member. Abby Charles, Institute for Public Health Innovation, who has served as both Board Treasurer and Secretary, will continue as Board Secretary.

"I am profoundly grateful for Judy, Richard, and Abby's leadership and the contributions they have made over their tenure with The Well Project," said Ms. Martel. "We are excited to have their continued, invaluable guidance as we move forward."

About The Well Project

The Well Project is a non-profit organization whose mission is to change the course of the HIV/AIDS pandemic though a unique and comprehensive focus on women and girls. The Well Project envisions a world in which women living with or vulnerable to HIV have the information, support, and tools they need to advocate for their health and well-being and live a life free from stigma. The Well Project leverages technology to dramatically improve health outcomes and quality of life for women living with HIV.

The Well Project Announces Important Additions to Board and Team.pdf

Kat liked the aglm_blog Girl, Get It Together.