The Affordable Care Act and Women in the US The Affordable Care Act (ACA) was signed into law in the US by then-president Obama in 2010. Many of the health insurance changes made possible by the ACA are particularly important for women living with HIV.

It is important to note that, as of this writing, the ACA is still in effect, despite high-profile attacks and repeated efforts to weaken the law by certain lawmakers and the previous US administration. The previous administration also attempted to revise various provisions of the ACA, as well as rules regarding healthcare rights, in order to limit or deny access to healthcare for certain members of the US population, such as immigrants and transgender people. Current President Biden is reversing some of these changes, and others are being challenged in court. In June 2021, the US Supreme Court dismissed a lawsuit challenging the ACA. However, other lawsuits, including challenges to what medications (e.g., PrEP) must be covered, have been filed. It may be a good idea to check online for possible recent changes in healthcare access since this fact sheet was last updated, and whether or not these changes are in effect.

Why is the ACA important for women living with HIV in the US?

Many states have chosen to expand their Medicaid coverage, making it easier for low-income women living with HIV to get access to care.

In the past, people living with HIV had a difficult time getting access to the care and treatment they needed for HIV. They were often charged higher rates, and some were denied coverage altogether because they were living with HIV. The ACA stops insurers from denying coverage and charging higher rates for those with pre-existing conditions such as HIV.

Before the ACA, people living with HIV and with low incomes had a more difficult time accessing Medicaid. Medicaid is funded jointly by federal and state governments and handled separately by each state. This government program provides health insurance coverage to low-income people. However, many people living with HIV who have low incomes did not qualify because people needed to be both low-income AND fit into one of several qualifying groups (e.g., pregnant women, children, parents with dependent children, and people with disabilities) to be eligible for Medicaid.

Women often feel the burden of health care costs more than men. Generally, women earn less than men. In addition, most women living with HIV have children or others living in their household who need care. It does not help matters that insurance companies have often charged women more than men for the same health insurance and have been able to list pregnancy as a pre-existing condition (also a cause for charging more or refusing coverage altogether). The combination of these factors has made it especially difficult for women living with HIV to get the care and treatment they need to stay healthy.

The ACA provides for several changes that can dramatically improve the health of women living with HIV. These include:

As a result, only some states have chosen to expand their Medicaid coverage and change their eligibility requirements based on the ACA. Many of the states that have decided not to expand Medicaid are also those with the highest numbers of people living with HIV. 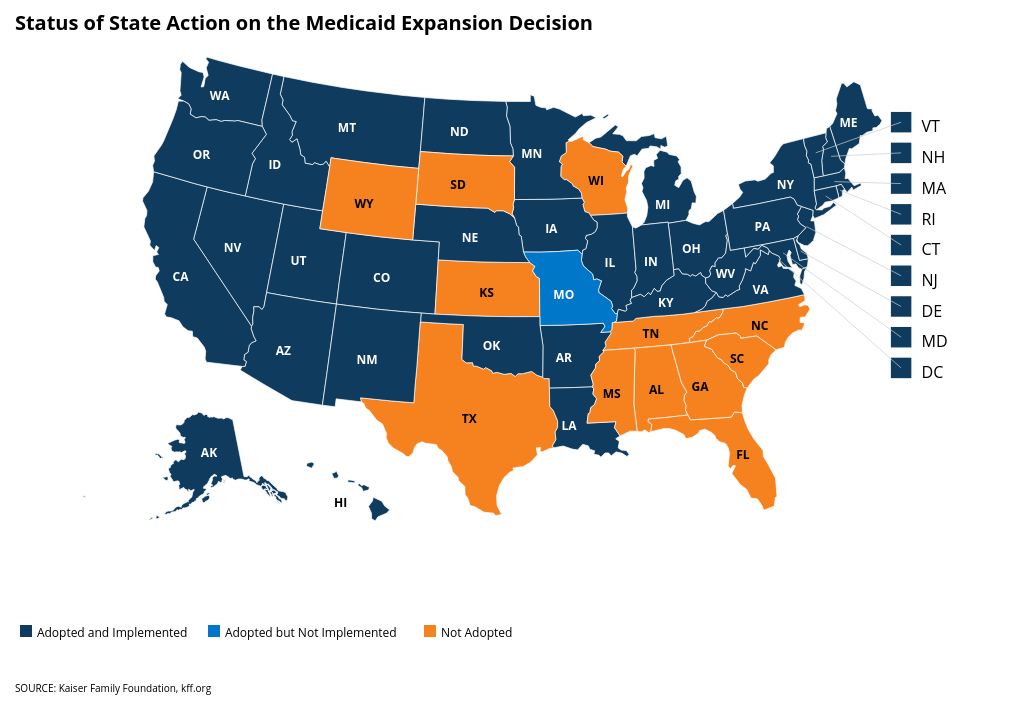 Preventive care refers to tests and screenings that help us find problems early and prevent more serious diseases down the road. Many of the "preventative" tests and types of care only affect women – for example, cervical cancer screenings (e.g., pap smears), mammograms, and prenatal care for pregnant women.

The ACA requires that all new insurance plans (those beginning on or after August 1, 2012) cover the following services with no cost-sharing (no co-pay and no deductible):

A rule issued by the previous administration in 2019 allows healthcare providers to discriminate based on their religious beliefs. As of May 2021, the US Department of Health and Human Services says it will enforce the ACA non-discrimination clause, but allow exemptions based on the "Religious Freedom Restoration Act". As a result, people may be unable to get some, or all, of the health services listed above.

You can learn more about how the ACA affects women living with HIV by looking at our list of additional resources. In addition, you can go to www.healthcare.gov to find insurance options, explore the insurance marketplace, learn about prevention and wellness benefits, and find out what is changing and when.

The Well Project would like to thank Jen Kates of the Kaiser Family Foundation for her assistance with this article.