Why Race Matters: Women and HIV 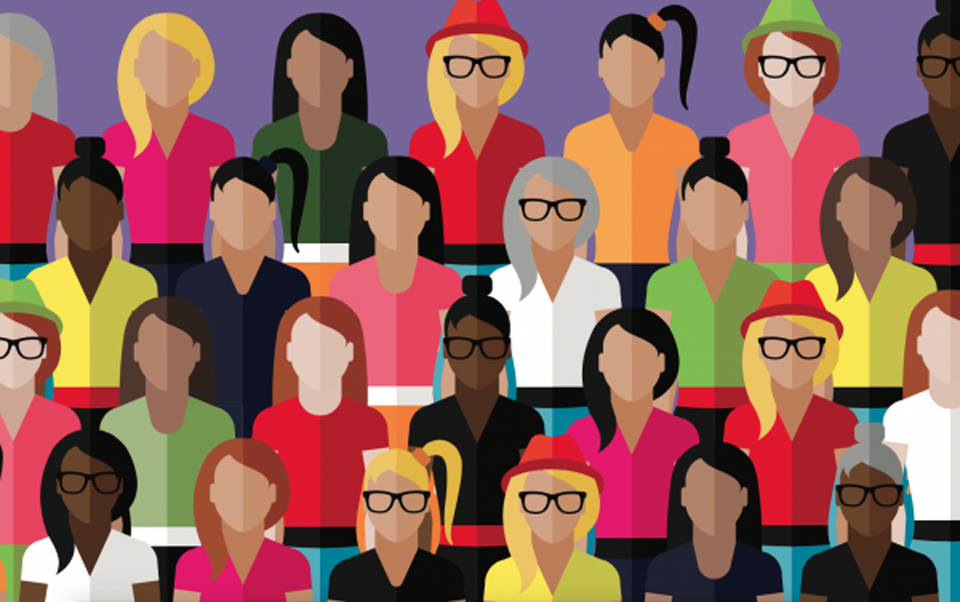 Race matters when it comes to HIV – and not just for women of color.

Around the world, the "female face of HIV" is, overwhelmingly, the face of a Black or Brown woman. This is the case worldwide, where roughly half of all people living with HIV are women. The vast majority of these women live in sub-Saharan Africa and Asia, where the percentage of women with HIV is rising. Further, transgender women around the globe are estimated to be 49 times more likely to be living with HIV than the general adult population.

In the US (where this fact sheet will mainly focus), almost one in five new HIV diagnoses in 2018 were in women. Most of these women are African-American or Latina, even though Black and Brown women account for less than a third of the US female population (for more information, see our fact sheet on Women and HIV.) One study also showed that the HIV rate is more than three times higher among Black transgender women than among white or Latina transwomen.

Though not often talked about, US indigenous (American Indian/Alaskan Native) communities experience high rates of HIV. And while Asian/Pacific Islander communities may not be as heavily impacted by HIV, cultural factors may leave women in these communities vulnerable to acquiring HIV - or make it harder for them to connect to HIV care. For more information on these factors, see our fact sheet on HIV among US women of different races or ethnicities.

While the number of women being diagnosed with HIV each year in the US overall has declined since 2010, and has also dropped among Black and Latina women the numbers are still highest among women of color. Differences in HIV rates by race get talked about a lot in the HIV community. HIV is not the only health condition that affects different races unequally due to social factors, as these differences have also been seen with diabetes and heart disease among communities of color. However, the root of why these differences exist is often misrepresented, frequently steeped in bias and myths, rarely well explained, and even less often addressed.

What Are Health Disparities?

A health disparity (a difference in health that is linked to unequal or unjust social conditions) can be a higher rate of a disease among certain groups than others – even, in some cases, despite ongoing prevention efforts. These disparities may exist according to gender, race, education or income level, disability, sexual orientation, region, and more.

Social determinants of health (the social realities that have an impact on a person's physical health), such as poverty, lack of education, and racism, are linked to health disparities.

We usually think of a person's "race" as being tied to the color of their skin, the shape of their eyes, or other physical traits, as well as the part of the world from which their ancestors came. But those factors don't explain why people in the same country, or even the same city, can have such different levels of health based on their race. Human beings just aren't that physically different from one another.

Race is a powerful idea that has been used to separate people and make opportunities available to some people, while keeping the same opportunities out of reach for others. Usually, this process of racial separation has occurred over many generations and become deeply embedded in the structure of society.

Racism is the system in which people are valued differently because of their race. This system:

For example: Many key reasons why a person of a certain race may be more likely to acquire HIV have less to do with their body being different from someone else's than with the factors that structure how they live – factors that also structure how people in their social group live, and may have lived over multiple generations of unequal treatment.

Aryah Lester, a blogger with A Girl Like Me, writes about living "in the basement: the lowest floor of the social systems we have here in America" as a woman who has experienced being devalued by racism, sexism, classism, as well as transphobia, and recognized these inequalities since childhood. [Trigger warning: The blog entry linked above contains descriptions of sexual violence and discrimination.]

"I … first learn[ed] about the perceived differences in skin color, notwithstanding our commonality or upbringing," Aryah writes. "I empathized with my father when he was refused well-deserved promotions because he was of color."

Aryah goes on to describe seeing how women are deemed less valuable than men in our society, and often experience outright violence as a result: "Women all around me were delegated to the floor below in their homes, at their jobs, and in the public. Women in our history books were often just sidekicks of 'greater' heroes, who all happened to be male."

When she began transitioning from male to female in her late teens, she says, "the basement door became sealed. I found myself pounding on the door for employment, searching for the keys to a healthy relationship, and trying to break the windows of public opposition."

When Aryah became the victim of a terrible act of violence, she didn't scream, or tell anyone – because of her fragile economic state, and the fact that people who look like her are often not valued or believed: "I could only think of my stay in the basement. … 'I might be kicked out, not being on the lease.' 'Who's going to believe me?' 'Just take it, you've been raped plenty of times before.'" She tested HIV positive a few months later.

Racism and other forms of inequity have been proven to cause stress on people’s minds and bodies, and stress has a negative effect on health. Racism has even been shown to be a form of trauma. Women living with HIV experience trauma at much higher rates than the general population of women, both before and after their diagnosis. Trauma also has a negative impact on health. For more information about this connection, read our fact sheet on Trauma and HIV.

Racism is not just a way to describe how individual people see or treat one another. A white person may have many friends of different races and have never harmed another person on purpose because of their race. However, that person still benefits from a system that has, for many generations and in many ways, put a higher value on the lives of white people than people of color.

Being antiracist (against racism) does not just mean that white people must treat individual people of color with respect. Being antiracist means disagreeing with the ways systems in our society have shut out or been biased against people of other races for many generations. It also means recognizing more broadly the ways we may benefit from systems that are biased against others (privilege).

"I am a white woman, I have privilege. I recognize that we don't have to have a hashtag for white lives. ... Racism towards white people is up for discussion and it pains me!

"The statistics of HIV speak volumes don't they? Maybe I need to shout it louder, as my white voice is more listened to!" – MelPainter2014, "#BlackLivesMatter," on A Girl Like Me

Privilege is a set of unearned, and often invisible, benefits experienced by people who, based on aspects of their identity, fit into social groups that have power: white race, middle or upper class, male, heterosexual, documented citizen, native English speaker (in the US), to name a few.

Some examples of privilege include, but are not limited to, being able to:

A few things to remember about privilege (adapted from Everyday Feminism's Privilege 101: A Quick and Dirty Guide):

"I can completely understand why broke white folks get pissed when the word 'privilege' is thrown around," writes author and advocate Gina Crosley-Corcoran in a great article called "Explaining White Privilege to a Broke White Person." "I was constantly discriminated against because of my poverty and those wounds still run very deep ... [But] the concept of intersectionality recognizes that people can be privileged in some ways and definitely not in others."

If we think about a woman living with HIV as "just" a woman and not as a Black woman, or a mother, or a woman of trans experience, or a woman with past experience of trauma, or a woman living in a rural area, or any other aspect of her identity that impacts the way she lives in society, then many key ways in which to connect with that woman and advocate for her needs and rights will get missed.

In order to provide each woman with the best possible care, services, and support, it is important for our care providers, government, and other connected systems not to treat HIV just by itself. They must recognize and address the intersectional issues that impact women's ability to access great HIV care, heal from past traumas, and have the best possible quality of life with HIV.

On World AIDS Day 2014, our partners at Positive Women's Network-USA teamed with a diverse group of advocates to write a statement calling for more intersectional approaches in HIV work. "The differences in our experiences – the learning edges of power and oppression, privilege and vulnerability—" said the report, "can, for our extraordinarily diverse HIV community, be sources of strength themselves."

Now that we've outlined some important issues, where do we go from here?

A huge first step is to understand some of the different intersectional experiences women living with HIV may face, so that we can better work together to advocate for one another and ourselves. How do we do that?

As Positive Women's Network-USA leaders Vanessa Johnson and Waheedah Shabazz-El put it in a statement on National Black HIV/AIDS Awareness Day 2016: "The HIV epidemic in this country will end when America commits to the underlying conditions which enable HIV to thrive, such as racism and poverty."