Violence Against Women and HIV It is important to remember that, if someone threatens you, it is NOT your fault. You deserve to be treated with respect and to be safe. Often, women who have been abused have been humiliated so much, they believe that they deserve whatever abuse they are experiencing. This is NEVER true.

"I will no longer take responsibility for the abuse I've received from the people I loved. I now know, it is NOT my fault." Jay Blount, peer navigator, Christie's Place

According to the World Health Organization (WHO), violence against women is a "global health problem of epidemic proportions." Violence against women refers to acts of violence directed toward women simply because they are women. It is a kind of gender-based violence – acts of harm done to people based on their sex or gender. These acts can include physical, emotional, and sexual harm – or threats of harm. Gender-based violence is rooted in gender inequality. Often, women do not think these acts are violence, either because they are considered normal in their society or because they occur so often that they seem normal. Violence against women is extremely common, affecting as many as seven in ten women in some countries. Women can also experience violence at the hands of their female partners. Among women of reproductive age, "acts of violence cause more death and disability than cancer, malaria, traffic accidents and war combined," according to UN Women.

Worldwide, transgender (trans) and gender nonconforming people, particularly women of trans experience, face extraordinary levels of physical and sexual violence and even murder. Rampant transphobia (bias against people who do not fit rigid gender norms) in many societies increases this vulnerability to violence. Alarming rates of violence and murder against trans women around the world have increased in the past decade. The majority of women suffer violence at the hands of their husbands, intimate male partners, or other men they know. A large US survey of trans people found that more than half of those who responded experienced some form of violence from intimate partners.

This violence has horrible consequences, both for women and their communities. The WHO reports that as many as 38 percent of women worldwide who are murdered are killed by their intimate partners. Women who experience intimate partner violence are about twice as likely to experience both depression and alcohol abuse. The damaging effects of this violence on women's emotional and physical health also affect the children and family members who depend on the women.

In September 2013, a working group convened by then-president Obama released a report of federal policy recommendations and action steps to address the intersection of HIV and violence against women. Recommendations include:

There are several ways in which violence and HIV are connected for women. Women who are abused or fear a violent response may not be comfortable asking their partner to use protection (e.g., a condom) during sex. Similarly, women in abusive relationships may not be comfortable saying no to sex if their abusive partner refuses to use protection when asked. Lastly, forced sex acts can cause cuts, scrapes, or tears that make it easier for HIV to enter the body. All of these issues can put women at higher risk for HIV and make living with HIV more difficult.

One promising tool that HIV-negative women can use to prevent HIV without their partners' cooperation is PrEP, or pre-exposure prophylaxis. PrEP refers to taking HIV drugs before being exposed to HIV to avoid acquiring the virus. For more information on how PrEP works and if it might be right for you, see our fact sheet on PrEP for Women.

Many women living with HIV had been physically or sexually abused before they found out about their HIV status. Several studies have shown that women with a history of physical and/or sexual abuse are more likely to be living with HIV, especially if that abuse first started during their childhood. Childhood abuse is closely linked with later drug use, having multiple sexual partners, being with a male partner who is at a higher risk of living with HIV, and exchanging sex for drugs, money, or shelter. If a woman uses drugs, alcohol, or sex to escape the pain of prior abuse, she may be at increased risk of acquiring HIV from sharing injection equipment or having sex without condoms or other barriers.

Many women may be at risk of abuse or violence because they tell their partner or the person they live with about their HIV status. One study revealed that over one in four women living with HIV had been physically harmed since their HIV diagnosis. Therefore, when you choose to disclose your HIV status, it is important to do so safely (see below). Among women living with HIV, studies have also shown that trauma and violence are associated with lower adherence to HIV drug regimens and therefore poorer health outcomes.For more information on the connection between trauma and HIV among women, see our fact sheet on Trauma and HIV.

Violence occurs more often in relationships in which one partner is more powerful than the other. Women living with people who are larger or stronger than they are may feel physically afraid. Also, women usually earn less money than men and are more likely to depend financially on others. Women who experience abuse are less likely to get out of the abusive relationship if they rely solely on their abuser’s financial support.

What Is Domestic or Intimate Partner Violence?

Domestic violence occurs when a person you are dating, living with, or are married to is repeatedly harming or threatening you — physically, sexually, verbally, emotionally, or financially. The person doing these things will often do them to gain or keep power and control. "Intimate partner violence" (IPV) is another term used to describe violence in which a current or former partner or spouse physically, sexually, or psychologically harms you.

IPV can happen to anyone. It affects people of any age, race, gender, sexual orientation, educational level, financial situation, or marital status. It is important to learn about how abuse happens, how to identify it, and how to end it or get away from it.

Intimate partner or domestic violence can take many forms. These include:

Domestic violence often begins with threats or emotional abuse. While these harmful words or actions may or may not lead to actual physical harm, they can still be very upsetting and scary, and leave long-term emotional scars. 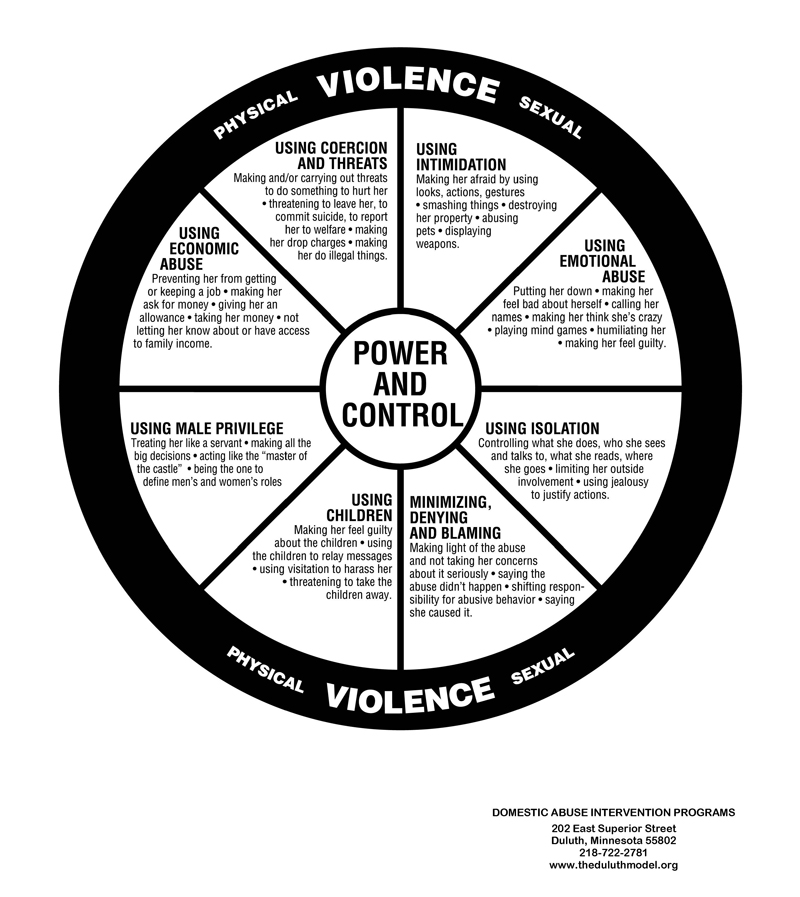 Questions to Ask Yourself or Someone Who May Have Been Abused

Sometimes, it can be difficult to know if you or someone you know has been abused, because victims may confuse their partner's actions with a form of love or caring.

This list of questions might help you or someone you know identify the abusive actions of a partner or someone else in the home:

Danger Signs in a Partner or Potential Partner

While there may not be any one profile or way to identify a person who is abusive, you may notice your partner acting in one or more of these ways. He/she may:

Sadly, many women with HIV are sexually or physically attacked soon after they disclose their HIV status. Here are some tips on how to reduce the risk of becoming a victim of sexual or physical attack before, during, and/or after disclosure:

There are no guarantees, but you can help lower your risk for IPV or domestic violence:

It is never easy to leave a relationship, and it can be especially difficult to leave one that involves IPV or domestic violence. The key is to have a safety plan.

If you have experienced domestic or intimate partner violence, always remember – it is NOT your fault. It can happen to anyone. Anyone who physically, verbally, or sexually attacks another person is responsible for his or her actions. The most important thing is to get safe and stay safe.

The Well Project has compiled a list of additional Resources on the Intersection of Women, HIV and Violence. Take a look at the resources we have gathered: personal stories, scientific data, policy efforts, reports, community-based toolkits, and hotlines for women in need of support.