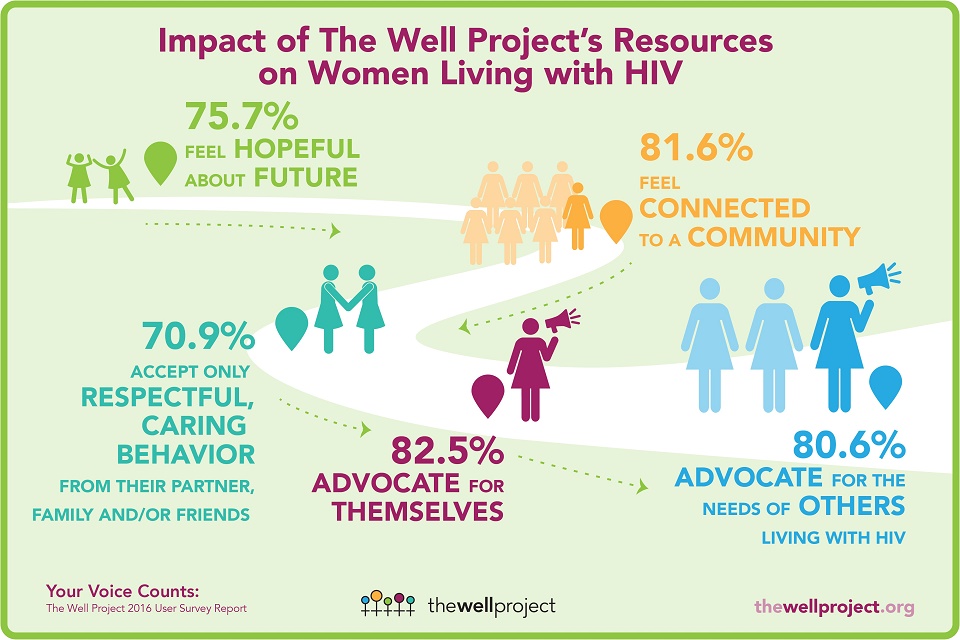 Have you ever wondered what role technology can play in the fight against HIV? The belief that technology has the potential to radically alter the course of the HIV epidemic underscores the work that we do at The Well Project every day. We leverage technology to dramatically improve health outcomes and quality of life for women living with HIV (WLHIV) by focusing on information access, community support, and advocacy. And if you’re looking for proof that this approach works, we are thrilled to present Your Voice Counts: The Well Project 2016 User Survey Report, an analysis of The Well Project’s reach and impact on women living with HIV. This is the latest in a series of surveys and research to ensure we are maximizing The Well Project’s effectiveness and strengthening the impact of our programs. Surveys help us understand how our online resources and programs are experienced, integrated, and applied.

The survey demonstrates that The Well Project’s programming has had a significant impact on the lives of women living with HIV (WLHIV), including on their engagement in HIV care and a number of quality of life indicators:

Your Voice Counts also demonstrates that there is more to the health, well-being, and quality of life of people living with HIV than merely achieving an undetectable viral load. Attention to behavioral health, social support systems, and environmental conditions is equally important for many of our respondents.

Survey Participants: There were 229 participants in final sample, 136 of whom were WLHIV. Because WLHIV are our primary constituency, we focused most of our findings on them. Overall, WLHIV survey respondents:

Your Voice Counts was developed and reviewed by The Well Project staff, consultants, select board of directors and Community Advisory Board members. 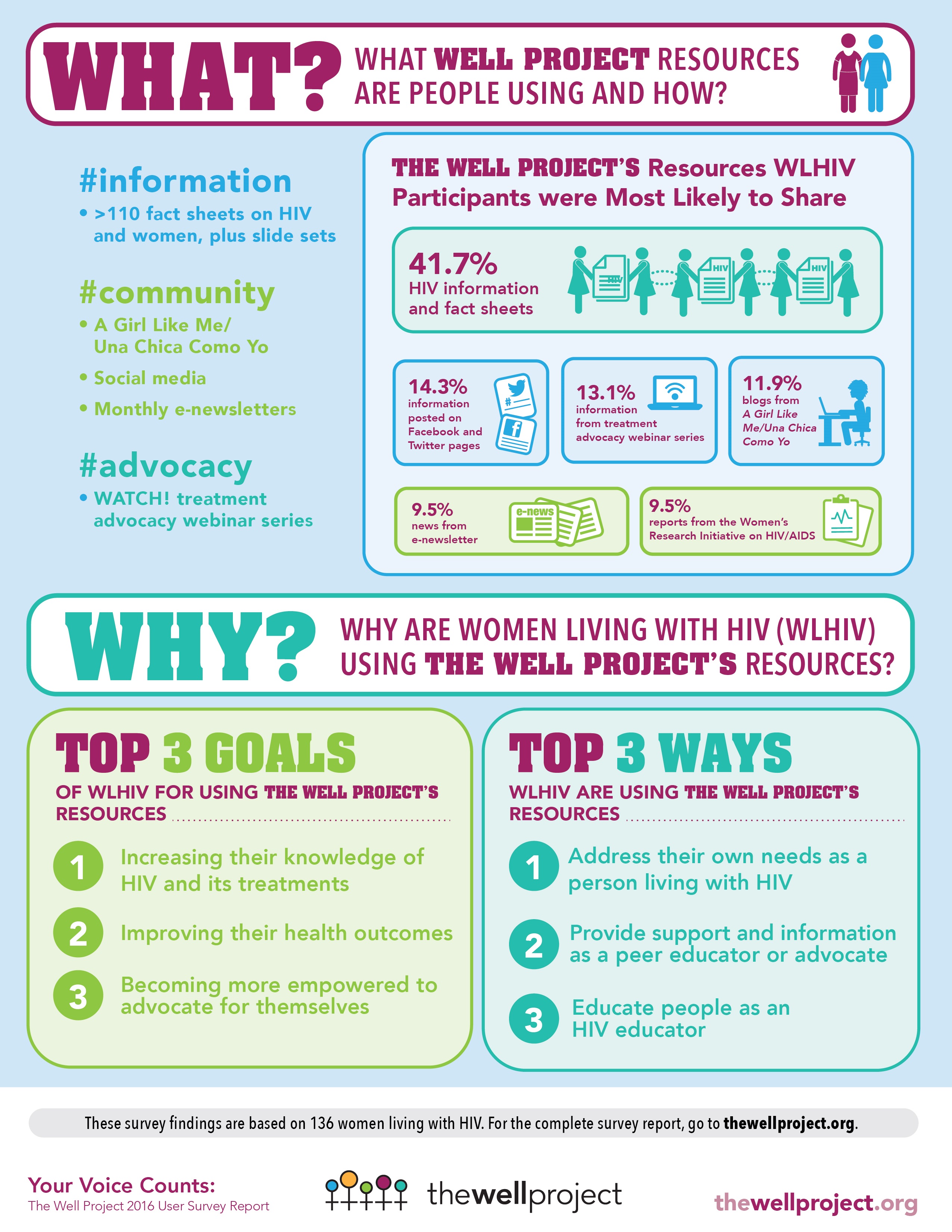 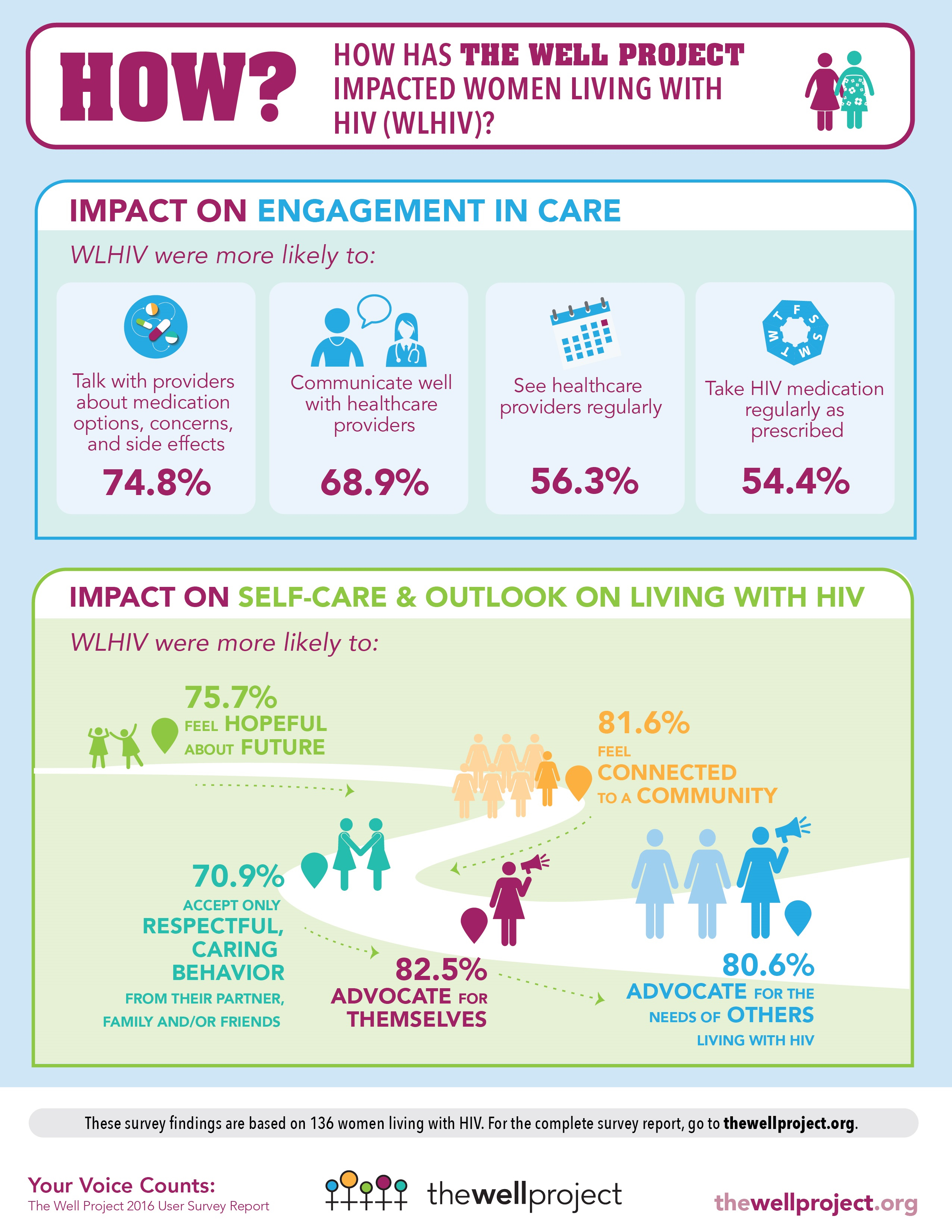