Personal Reflections on the 40th Anniversary of HIV/AIDS 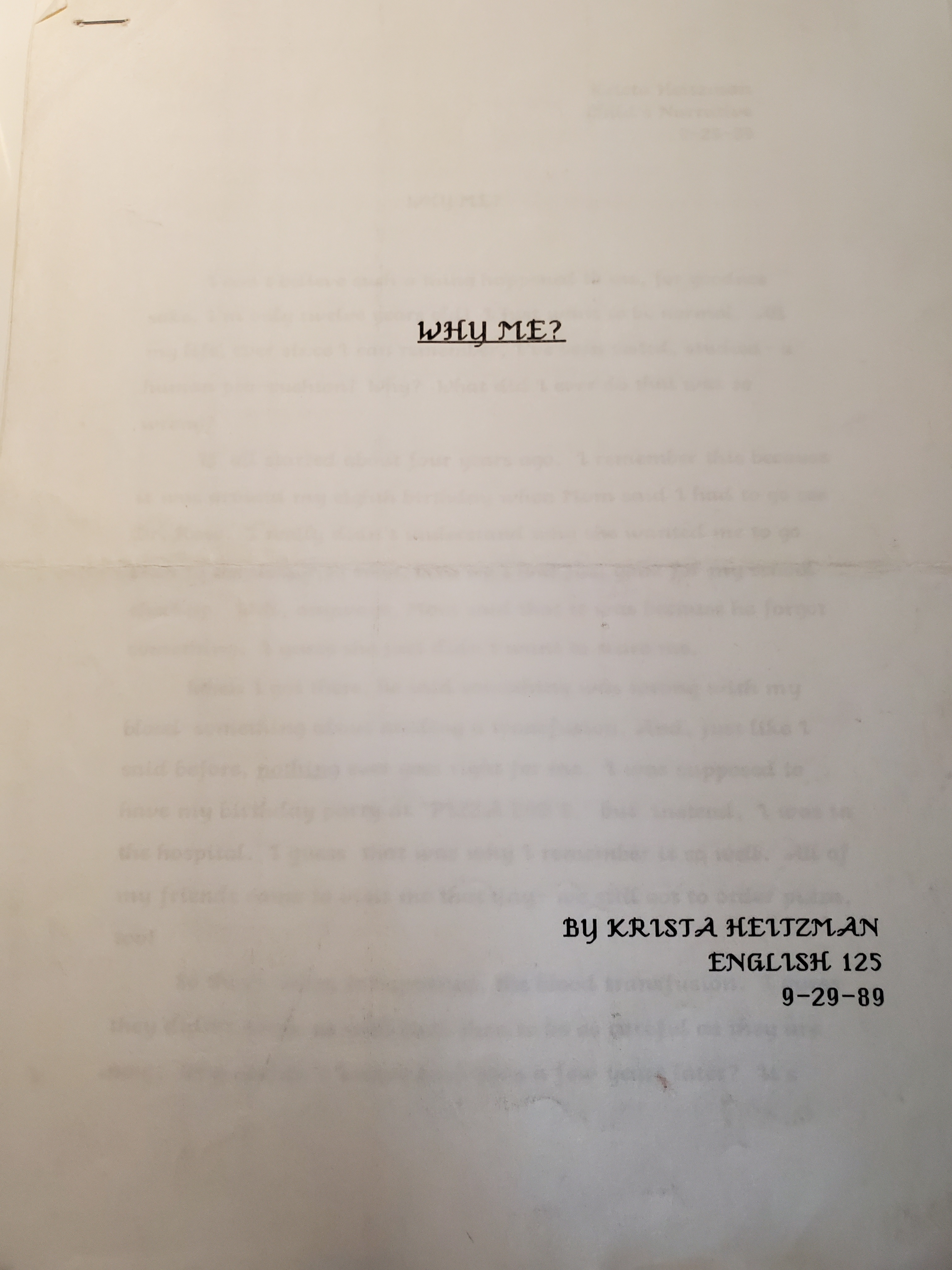 It’s hard to believe that we’re coming up on the 40th anniversary of the first reports of what would come to be known as HIV. My personal journey with HIV began in 1994 when my sister, Ellen, was diagnosed with AIDS—with under 100 T-cells. It was a devastating diagnosis for my family, and the after-effects (including the degree to which her disease was accepted, or not, by those around her, and what she did with that) have had a long-lasting impact on me. After some time, Ellen became an HIV advocate, and I was her biggest cheerleader in rejecting the stigma that was attached to the virus. It was also through the experience of helping her find a support group that the lack of women-focused resources became clear to me.

Prior to her diagnosis, HIV had already had made an impression on me both through its severe health impact at the time, and the stigma and discrimination that surrounded it. A couple years after Ellen’s diagnosis, someone in my family stumbled upon a paper I wrote for a creative writing class my freshman year in college entitled, “Why Me?” The assignment was to write a story from a 12-year-old’s perspective, and having obviously been impacted by Ryan White, I wrote it as a 12-year-old who was dying of AIDS. Part of the story focused on my character’s building resentment of everyone around them: their parents, their tutor (because they couldn’t go to school), their friends (who were not allowed to see them), their doctors (for giving them such horrible medications), and AIDS itself.

Reading this paper in the mid-‘90s with my parents and sister—who was not doing well healthwise—was uncomfortable. While much of what I had written came from a place of ignorance about what it was truly like to be living with HIV/AIDS, there were also parallels to the fear and sense of helplessness our family was experiencing. Reading it again today, more than 23 years after Ellen passed away in 1998, I was particularly struck by the essay’s lack of hope, which ultimately leaves me feeling grateful for the medical advances we have seen in the past decades.

Through a series of not completely intentional events, a year after Ellen’s diagnosis, I began working with a medical education company that specialized in HIV. And not too long after that (1996), I began working on a program that focused on peer-based treatment education for and by women living with HIV, where I met and worked with Dawn Averitt and so many other amazing women advocates. Dawn would later go on to found The Well Project; next year will be our 20th anniversary. I also need to call out Lillian Thiemann as another major mentor of mine during this journey.

Dawn created The Well Project to fill a much-needed gap for women-focused information, research, and programming. While we have made remarkable strides, particularly in biomedical interventions for treatment and prevention, we still encounter many of the same roadblocks that women advocates have pushed against since the early days of the epidemic – including HIV stigma and underrepresentation of women in the HIV response. Across the arenas of HIV research, policy, funding, media representation, and beyond, women living with and vulnerable to HIV continue to fight for seats at the table and in decision-making about concerns that directly affect our lives.

Women are often known for “lifting as we climb” – making space for other women’s voices as part of claiming our own. I know how important it is to use my position as a woman with influence (by virtue of my role as the Executive Director) to hand the mic to cis and trans women living with HIV and do everything I can to lift their voices. It is also my job to ensure that the greater community does the same, because that is how leaders are created and strengthened and that is how we end the HIV epidemic – together. One way we are doing so on HIV Long-Term Survivors’ Day and the 40th anniversary is by honoring the voices of four women who have been living with HIV since the epidemic’s earliest days – two of them since they were born. We couldn’t think of a better way to launch our new program, A Girl Like Me LIVE (developed by and for women living with HIV) than to reflect on where we’ve been and where we’re going. The series launches on June 2 at 12 pm ET, and we hope you will join us.

I also hope you will join me in reflecting on your own journey as we approach this anniversary—both celebrating how far we’ve come and remembering the important lives we’ve lost far too soon.