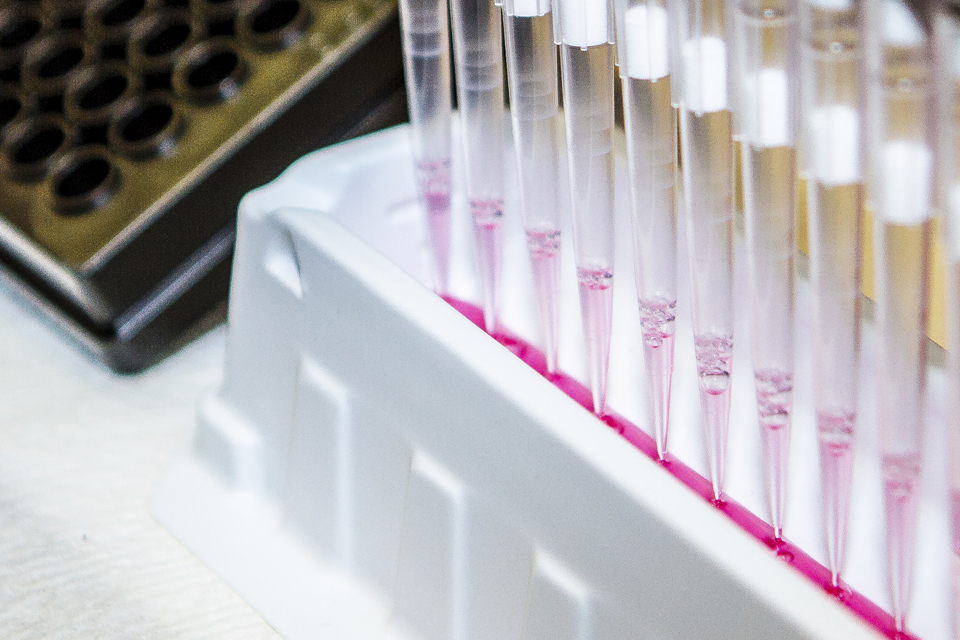 Having regular lab tests is a necessary part of caring for your health. If you are living with HIV, lab tests are especially important tools that help you and your health care provider keep track of how you are doing in the following areas:

Viral load is the amount (number of copies) of HIV in your bloodstream. There are several different types of lab tests that measure viral load. All these tests are accurate, but each has a different way to measure the amount of virus. It is best to stick with the same kind of test and not switch among them or it will be more difficult to compare results over time.

Being undetectable is a great result because it means your virus is under control.

Viral load results are reported as copies of HIV in one milliliter of blood. The lower the number, the less virus there is in your blood. Numbers can range from about one million copies to as few as 50 copies. If you have fewer than 50 copies, your health care provider may tell you that your results are "undetectable."

Being undetectable is a great result because it means your virus is under control. The good news is that studies have shown that having an undetectable viral load prevents a person living with HIV from transmitting HIV to their sexual partners. However, undetectable does not mean you have been cured of HIV.

Practically speaking, if you stay at or below 50 copies, the virus is considered well controlled and your HIV treatment regimen is working well.

Viral load tests are an important tool to:

One goal of HIV treatment is to keep viral load levels as low as possible for as long as possible. This gives you the best chance of staying healthy. With effective HIV treatment regimens, viral load can be reduced to undetectable levels in many people. This is a great result. It means that your HIV drugs are working, and you are doing a great job taking them. However, HIV is still in your body, hiding in an inactive state and not reproducing. If you stop taking your HIV drugs, the virus usually comes out of hiding and starts reproducing (making copies of itself); then your viral load will go up.

When Should You Get a Viral Load Test?

If your drug regimen is working, your viral load should become undetectable within six months of starting treatment. If this does not happen, if your viral load stays detectable on stable therapy, or if your viral load keeps increasing, this can mean that your drug regimen is not controlling HIV as well as it should. It is important that you and your health care provider discuss all possible reasons (e.g., problems with your body's ability to absorb the drug, problems sticking to your regimen, forgetting to take your drugs, drug resistance, or interaction with other drugs) and take steps to correct the problem. These steps may include additional testing and considering changing your HIV drugs.

HIV drugs are designed to keep your viral load under control by preventing the virus from reproducing (making copies of itself). Sometimes HIV changes, or mutates, as it makes copies of itself. These changes may allow the virus to overcome the effects of a drug and keep reproducing. When this happens, we say HIV has developed resistance to that drug.

Resistance decreases the ability of HIV drugs to control your virus and reduces your treatment options. The best way to prevent resistance is to stick closely (adhere) to your HIV drug regimen and not miss any doses. With good adherence, resistance is less likely to develop.

In most cases, the genotype is the preferred test. For people who have been on HIV treatment before and may have HIV that is resistant to a number of different drugs, including protease inhibitors, the phenotype test may be done in addition to the genotype.

When Should You Get a Resistance Test?

Resistance testing is recommended for people who have:

Resistance tests are helpful when choosing a drug regimen, but the tests are only a guide. Other factors, such as past medications, side effects, and adherence, must also be taken into account.

Tropism describes the way HIV infects CD4 cells. One HIV drug, Selzentry (maraviroc), only works in people whose HIV has a certain tropism (is CCR5 tropic). Tropism testing finds out whether someone's HIV is CCR5 tropic. The test and drug are rarely used in the US today.

When Should You Get a Tropism Test?

Tropism testing lets your health care provider know if you have CCR5 tropic virus, or the type of HIV that will be blocked by CCR5 antagonists (entry inhibitors). It is important that you have this test if you are thinking of starting a CCR5 antagonist. At this point, there is only one CCR5 antagonist available called Selzentry (maraviroc), but there are others in development.

The HIV drug abacavir (brand name Ziagen; also found in the combination pills Epzicom, Triumeq, and Trizivir) can cause life-threatening reactions similar to severe allergic reactions in some people. People who are hypersensitive are those who have abnormally large or severe allergic responses to a substance (in this case, abacavir). Symptoms of hypersensitivity include rash, fever, fatigue, nausea, vomiting, stomach pain, sore throat, cough, and shortness of breath.

People with a certain gene called HLA-B*5701 are at risk for developing this excessive and severe reaction. Consequently, the US Department of Health and Human Services (DHHS) recommends being tested for HLA-B*5701 before beginning treatment with abacavir.

When Should You Get a Hypersensitivity Test?

If you and your health care provider are thinking about beginning treatment with abacavir, or any combination pill that contains abacavir, it is important for you to get the HLA-B*5701 blood test. If you are found to have the HLA-B*5701 gene, the DHHS recommends that you not take abacavir.

Regular lab tests are very important in the management of your health and your HIV. Speak to your health care provider about when you need to take the tests described above and how they can be used to help you make decisions about which HIV drugs are best for you.