The Face of Normal, Made Normal 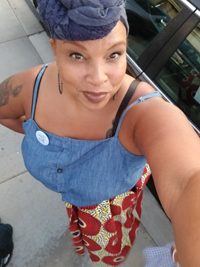 The pursuit of normal is such an abnormal thing. This idea popped in my head in response to something; now I can't get it out. We go out of our way chasing normal all the time: a normal job, a normal bedtime, a normal mate as opposed to a crazy one, or a mate we don't have to try to change. A normal life, whatever that means. To be a normal human being. As opposed to bat-shit crazy I suppose. Or normal as compared to being sick.

That's how this thought came up (as it relates to the idea of "sick" vs "normal"). A nursing student was asking me if in a given situation a "normal" person would do better than an HIV-affected one. Technically I'm taking liberties with her question since she said HIV-infected instead of affected. I asked her not to use the word "infected", and of all the other words she could have used, she settled on "sick". Since language -and words- matter, and are important, I corrected her immediately and am giving you the corrected version as well. I stopped using self-depreciating language to myself a long time ago, and I don’t allow other people to do it to me either. Each one, teach one. Infected is a trigger word for stigma and implies contaminated or to be avoided, not to be touched. Sick implies actively ill or showing signs of physical illness (such as vomiting). This is not the case with a lot of HIV positive people. It's an outdated stigma I'd like to disappear like it never existed! People living with HIV are not SICK in most cases, for those in care and taking their meds anyway. We are living with HIV. Simple.

First off I asked her to define "normal". After squirming a bit for being put on the spot she decided it was what was generally accepted as a behavior or look. I asked her who decided the behavior or look was acceptable? Was it science? Her parents? Government? She said it was "just something" you grew up knowing and learning. Kind of a majority rules thing. (I found that part fascinating.) So my next point to her was, that being the case, were red-heads considered abnormal? Or people with green eyes? She gave me that funny look that says someone thinks you are being ridiculous. I told her less than 2 percent of the world's population has green eyes or red hair. That makes them in the minority, not the majority. Did that make them abnormal? She said no. So then I make the point to her that NORMAL is relative. What is normal for her is not necessarily normal for others. A majority doesn't make something normal or acceptable, but if numbers are relevant, as of 2018 there were approximately 37.9 million [32.7 million–44.0 million] people living with HIV globally. That's a good chunk of people to be considered abnormal, particularly when they function doing the same things "everyday people" do. Work, go to school, raise families, you know… just living life!

It's one thing to look at it from a medical/nursing perspective of immunocompromised vs immunocompetent - in terms of a person living positive or negative and the ability to fight an infection or recover from one. If she had asked from that perspective, it would have made me feel differently perhaps. Perhaps. Even that's still not a matter of "normal vs abnormal". That's a matter of T-cells and viral loads. We don't consider (or talk about) people living with diabetes as abnormal. We don't talk about people with heart disease or cancer as not normal. I despise the fact that society and the general population still consider people living with HIV as abnormal. It annoys me to no end!!! I'm always irritated internally when I disclose my status to people and they say "but you don't look sick!" I have to remind myself in those moments to be patient and use it as a teaching opportunity. The more people I can talk to that can understand that I am still a person like them, who is managing a chronic disease (with an added layer of social stigma and fear) the more normal this disease will become. I firmly believe until we normalize it, and stop the fear and stigma, we'll never get ahead of it. The old days of what HIV looked like in the news should be changed by now! HIV doesn't have a "look".