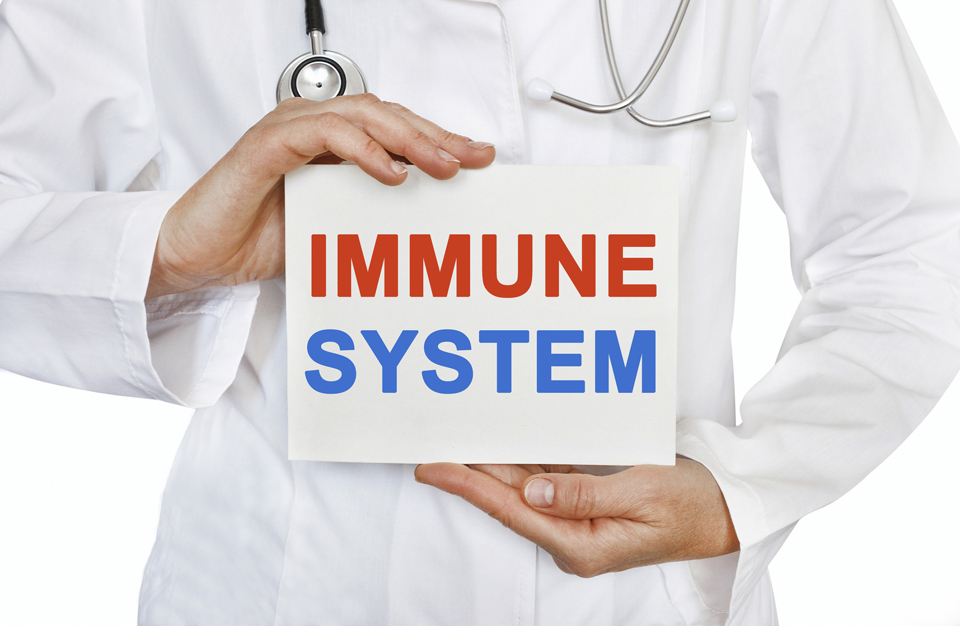 Key Organs of the Immune System

The first line of defense against germs is your skin, the single largest organ of the body. It provides a physical barrier that keeps bacteria and viruses from entering the body. Viruses such as HIV cannot get through normal, healthy, unbroken skin. HIV can, however, get into the body through unbroken mucous membranes, which are the moist membranes of the vagina (birth canal), rectum ("butt"), and urethra (tube that brings urine out of the body).

Lymph organs are spread throughout the body and include the lymph nodes, thymus, spleen, appendix, tonsils and adenoids, and clumps of tissue in the small intestine known as Peyer's patches. Lymph nodes are located in the neck, armpits, abdomen, and groin. Each lymph node contains cells ready to fight invaders. The lymphatic vessels connect the lymph nodes and carry lymph, which is a clear fluid that "bathes" the body's tissues and helps to clean out invaders or germs.

The spleen is an important organ for a healthy immune system. It is about the size of a fist, and it is located in the upper left of the abdomen ("belly"). One of its key roles is to filter blood and to identify and get rid of worn-out white blood cells.

Key Cells of the Immune System

Some key cells of the immune system are:

Dendritic cells are found mostly in the skin and mucous membranes that protect the openings of the body (e.g., nose, mouth, and throat). These cells capture and carry invaders to the lymph nodes or spleen. Macrophages (their name comes from Latin and means "big eaters") protect different organs, including the intestines ("gut"), lungs, liver, and brain. Like dendritic cells, macrophages capture and carry invaders to the lymph organs.

These two types of white blood cells are known as scavengers. They engulf (eat) foreign invaders, break them apart, and display pieces of the germs—known as antigens (from antibody-generating) —on their surfaces. The body can then make antibodies to that specific germ, which helps the body get rid of that invader faster and remember it in the future. These cells also produce chemical messengers (known as cytokines) that instruct other immune cells to go into action.

Once antigens are processed and displayed on the surface of macrophages, they can be recognized by helper T cells (also known as CD4 cells). When CD4 cells "see" the antigens displayed, they coordinate and direct the activity of other types of immune cells—such as killer T cells, B cells, and macrophages—calling them into action to fight the intruder. CD4 cells produce many different cytokines in order to communicate effectively with other immune system cells.

B Cells and Antibodies

B cells are another type of immune cell that is turned on by CD4 cells. When a B cell recognizes an antigen, it produces antibodies (also called immunoglobulins). An antibody is a protein that attaches to an antigen like a key fits a lock. Each antibody matches a specific antigen.

When you are exposed to a germ for the first time, it usually takes a while (several weeks to a few months) for your body to produce antibodies to fight it. But if you were exposed to a germ in the past, you will usually still have some B cells (called memory cells) in your body that recognize or "remember" the repeat invader. This allows the immune system to go into action right away. This is why people get some diseases, such as chickenpox or measles, only once. This is also how vaccines work— they introduce your body to an inactive or attenuated (modified) form of a particular germ and trigger your immune system to produce antibodies to that germ.

HIV and the Immune System

HIV attacks immune system cells called CD4 T cells. The body responds normally to this new infection by stimulating B cells to produce antibodies to HIV. However, the antibodies your body creates in response to HIV do not get rid of HIV—like antibodies for other infections. Instead, HIV turns the CD4 T cells into factories for making more copies of itself. In the case of HIV, being antibody positive does not mean you are protected, but rather that you are likely living with HIV. An antibody test is the standard first test to detect if someone carries the HIV virus.

As HIV reproduces, it damages or kills CD4 T cells. Over time, the virus decreases both the number and type of CD4 T cells. Without CD4 T cells organizing the rest of the immune system, important immune cells do not know which invaders need to be removed from the body. When the immune response is not properly activated and organized, people are at risk for opportunistic infections (OIs) and cancers that usually do not harm people with healthy immune systems.

HIV can also infect macrophages and other immune cells. Your immune system recognizes and produces antibodies to HIV, but antibodies alone are not enough to get rid of the virus. This is so in part because HIV changes or mutates faster than the immune system can respond to it.

HIV stays in the body by forming a "reservoir." The HIV reservoir refers to a collection of inactive, "resting," or latent HIV-infected cells. Researchers have reported evidence suggesting that HIV-infected cells can remain and expand by genetically cloning or copying themselves. In other words, elimination of HIV in the body (complete cure) will require not only that HIV be eliminated from the bloodstream, but also that we find a way to prevent these latent cells from multiplying or empty the reservoirs altogether.

There are several known reservoirs, including immune cells in the gut, lymphoid tissue, blood, brain, genital tract, and bone marrow. It is unclear when reservoirs are established, but recent research suggests that it could be as early as 24 hours after initial infection.

The good news is that early treatment with a combination of HIV drugs can minimize the size of the reservoir. In addition, newer HIV drugs have fewer side effects and are more effective at stopping the virus from multiplying (making copies of itself) and infecting more CD4 T cells. Since CD4 T cells are key to a healthy immune response, this can give your immune system a chance to replenish its supply of CD4 T cells and to defend itself (you!) against opportunistic infections.

Eating well is an important part of staying in good health, with enough energy and a strong immune system. Because the immune system of a person living with HIV is always working to get rid of the virus, it is always activated, or "turned on." An activated immune system produces inflammation. Ongoing inflammation has been shown to be related to many conditions, including heart disease and cancer.

The good news is that several foods can help to reduce inflammation. These include:

What kind of diet is best for you to follow depends on your weight and your nutritional status (cholesterol, blood sugar, vitamin levels, etc.). A nutritionist or registered dietician can help you figure out what type of diet makes the most sense for you. AIDS service organizations and health care clinics sometimes have nutritionists on staff.