Skip to main content
Home > Who We Are > News/Press
The Well Project Launches Mobile Application; Expands Access to Award-Winning Information Resource for Women Living with HIV

September 5, 2012 - Nellysford, VA.  The Well Project, the preeminent resource for information about women and HIV, today announced the release of its first mobile application, optimized for both Apple’s iOS and Google’s Android platforms. The Well Project mobile app makes its award-winning content more globally accessible, regardless of reliable internet access.

June 21, 2012 - Washington, DC -  National HIV Awareness Month.  This July, a broad cross-section of public, private, nonprofit and government organizations will come together to issue a clear challenge: it's time to end HIV in America. During the first National HIV Awareness Month (NHAM), these organizations will undertake ongoing efforts to re-engage the American public and reignite focus on the domestic HIV epidemic through an education effort that raises awareness of the impact of HIV on our families and our communities.

December 2011 - Poz.  It was a hell of a year for HIV/AIDS. This past year, it was shown that treatment works as prevention; there was fresh hope in the fields of cure and vaccine research (one man was publicly declared cured of HIV); and everyone from global health experts to Congress to the media started talking about the end of AIDS. This year, 2011, will be remembered as the year we discovered that if we apply our resources correctly, we can start to end the epidemic.

November 30, 2011 - US News and World Report (HealthDay News).  Advocates for HIV/AIDS research and treatment met Wednesday to discuss how to reduce the spread of the disease in the United States, improve access to better care and raise general awareness of the ongoing epidemic.

November 30, 2011 - Washington, DC - National HIV Awareness Month.  On the eve of World AIDS Day, a day the global community observes the impact of the AIDS pandemic worldwide, a coalition of national AIDS organizations announces a complementary effort to address the domestic HIV/AIDS epidemic by establishing July 2012 as National HIV Awareness Month. The goal of National HIV Awareness Month is to engage civil society and the private sector in the United States to create and invest in broad-scale public awareness of HIV/AIDS, end HIV stigma and discrimination and engage new stakeholders in the fight against the disease, with the ultimate vision of ending the epidemic.

May 20, 2011 - Oakland, CA.  On Wednesday, May 18, 2011, the New York Post published an article that speculated on the HIV status of the young West African woman who has brought sexual assault charges against a very powerful and wealthy man, the now-resigned IMF managing director, Dominique Strauss Kahn. The Well Project, Inc. is deeply disturbed and outraged by this instance of irresponsible, sensationalistic journalism, which has the potential to increase the already significant effect of stigma, racism and sexism on the lives of women.

June 5, 2011, marks 30 years since the first published accounts of what became known as AIDS.  For this anniversary, we asked 31 long-term survivors who’ve appeared in POZ what moves and sustains them and whether they think they’ll live to see a cure. Why 31? One for each year, and one more for good luck.

Read more >
Breaking the Taboos: Pregnancy Planning and Fertility Issues for People Living With HIV/AIDS in the United States

April 2011 - cross-posted from The Body
by Dawn Averitt Bridge

This article is part of a transcript of a presentation delivered at the XVIII International AIDS Conference in Vienna, Austria. The original session took place on July 21, 2010. 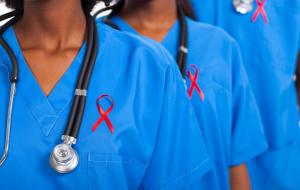 Featured Article:
Lessons from GRACE: A US Study Focused on Women Living with HIV

Learn about the groundbreaking GRACE study of HIV+ women and how it successfully enrolled large numbers of women of color in a clinical trial.