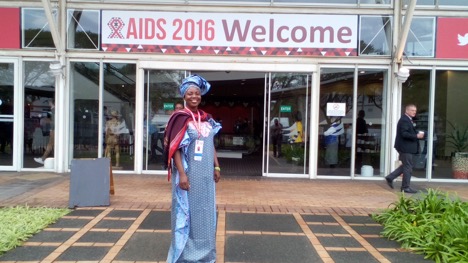 Attending the IAS Durban and Women Now! Summit, 2016 has been quite informative for me, and as an advocate and Global Ambassador of the Well Project, again it was overly enriching and has better equipped me to give excellent service to my community in providing new and up-to-date information on HIV cure and new treatment development. 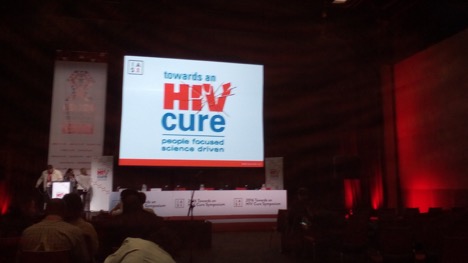 The conference touched on the whole spectrum of HIV prevention continuum and care continuum, and there were exciting findings that suggest new opportunities for prevention programs. From vaccines to PrEP, to universal coverage of treatment, ways to prevent new HIV infections were woven throughout the scientific conference. Truly as the theme of "towards an HIV cure" symposium (science-focused, people-driven).

Impressively, nearly all the information gathered will serve as an overview for people not involved in cure research to learn more about how the reservoirs of hidden viruses are identified, which virological marker (RNA or DNA). For me this information is alien, and I never knew HIV/AIDS has a reservoir in my body as a person living with HIV/AIDS.

I must say I had a memorable time in Durban, getting to meet and know a lot of unique people from all walks of life. The unification of all contingents from our various countries irrespective of religion, tribe, and culture was so surreal that it left me imagining and wishing for the unification of all of Africa someday. The irrepressibleness and fulfillment in getting together with acquaintances I probably haven't seen for 5 years and having to catch-up on 'how far so far' with the fight against HIV/AIDS and brainstorming about the way forward remained the height of my outing to Durban as evident in the series of plenaries and different sessions of the conference. 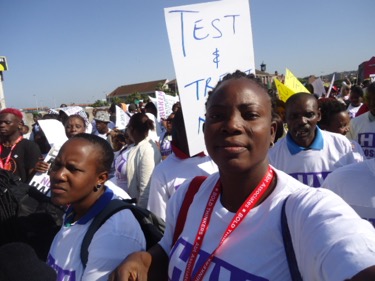 Joining other advocates and activists at a treatment march

I was privileged to sit in different scientific sessions side by side with Emeritus scientists and researchers who are up-to-date and working tirelessly day by day to come about a lasting cure for the epidemic virus (HIV/AIDS), bedeviling the very existence of mankind. In the course of each session emphasis was more on Pre-Exposure Prophylaxis (PrEP) and test-running of newly developed vaccines in a bid to ascertain the potency of these vaccines. 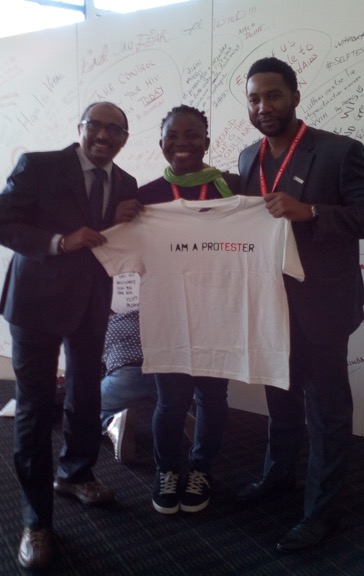 With Dr. Michel Sidibe of UNAIDS & grandson of Nelson Mandela

One amongst the cardinal goals of the conference was the urgency in the need to involve adolescents, youth, young girls and women from all around the globe in HIV/AIDS educational programs and development to make the fight against HIV/AIDS equitable and more far reaching. Educational Program Preferences was targeted towards adolescent girls and women since they are the most vulnerable to this scourging virus. 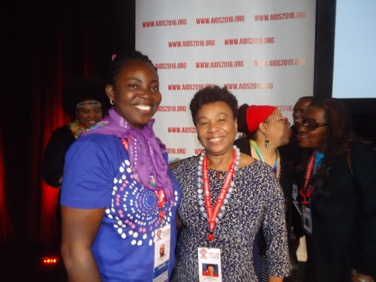 With US Congresswoman, Barbara Lee

Most intriguing from the wealth of knowledge I gathered from the conference, was getting to know alien medical terminologies like… "CD8" and "HIV Reservoir". This gave me a paradigm shift in thoughts about how deadly HIV/AIDS is such that it can even domicile its reservoir in the human body. The reservoir is ostensibly said to be the major reason plaguing the discovery of a potent cure to this day. Though scientists given to bringing about a cure have not been able to bring about this much anticipated medical breakthrough, there is every need to sigh out of relief because we have collectively recorded a great deal of progress in terms of new treatment development and vaccines.

Interestingly, we were told that vaccine trial is scheduled to commence in September 2016 with South Africa being the pilot country.

During the WOMEN NOW SUMMIT, a particular speaker talked about a possible development of a RING as a far reaching solution to prevention of unwanted pregnancy and prevention of HIV/AIDS and other Sexually Transmitted Infections (STIs). This, for me, is a breakthrough prevention. 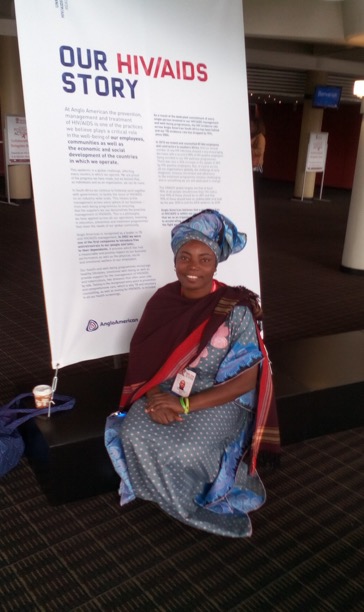 Conclusion: A cure has not been found yet. Vaccines are being developed, as well as newer drugs on PrEP. There is an urgent need to start preparing the minds of communities (MSM, LGBT, M2F) and the general population at large for all this new PrEP treatment and vaccine.

I know there was a lot to learn and so !much to share! Although I didn't make it, I'm so happy you were there to get information and continue to inspire others through your advocacy! I am sure we will meet! I hope all is well!