Getting Pregnant and HIV: Man Living with HIV and HIV-Negative Woman (Serodiscordant or Serodifferent)

There are several different options for reducing the chances of passing on HIV while trying to have a baby. If you are a man living with HIV and your partner is an HIV-negative woman seeking information on getting pregnant, the following options will help you understand what might be best for you and prepare for discussions with your health care provider. (For other options and more general information, you can return to the main "Getting Pregnant and HIV" page.)

Check for STIs and Analyze Semen

Getting regular screening and treating any sexually transmitted infections or diseases (STIs or STDs) before trying to get pregnant is a great first step to lower your chances of passing HIV between partners. Certain STIs can increase the chances of acquiring HIV. However, if the partner living with HIV has an undetectable viral load, the HIV-negative partner will still be protected from acquiring HIV, even if someone in the couple has an STI.

The US Department of Health and Human Services (DHHS) also recommends semen analysis for men living with HIV before trying to get pregnant. Men living with HIV may have fertility problems more often than HIV-negative men. Making sure sperm is fertile before  trying to get pregnant can help you and your partner choose the best method for getting pregnant.

Analyzing semen for fertility (ability to achieve pregnancy) is a simple procedure that requires a semen sample. However, it can sometimes be difficult to find a facility willing to analyze the semen of a man living with HIV (see below for help finding facilities and providers). In the US, this analysis is usually expensive and not covered by insurance.

One of the best things that the male partner living with HIV can do is to take HIV drugs regularly and maintain an undetectable viral load (not enough HIV in his bloodstream for a test to measure) — even when he has no symptoms and a relatively healthy immune system.

Recent studies of gay and heterosexual ("straight") serodifferent or serodiscordant couples showed that taking HIV drugs and having an undetectable viral load reduces the risk to zero that a person living with HIV will sexually transmit HIV to their partner(s). Please see our fact sheet on Undetectable Equals Untransmittable for more information on this exciting development.

If you choose this method, it is ideal for the partner living with HIV to have an undetectable viral load before the couple tries to get pregnant. If his viral load is not known or is detectable, the risk of passing on HIV is lower if you only have unprotected sex when the woman is ovulating (when she is most likely to get pregnant; this is often called "timed intercourse"). Ovulation occurs when an egg is released from the woman's ovary and usually happens about two weeks before a woman starts her menstrual period. Insemination during the "fertile window" – usually one to two days before ovulation and one day after ovulation – has a greater chance of success. For more information on understanding and tracking your fertility, visit: 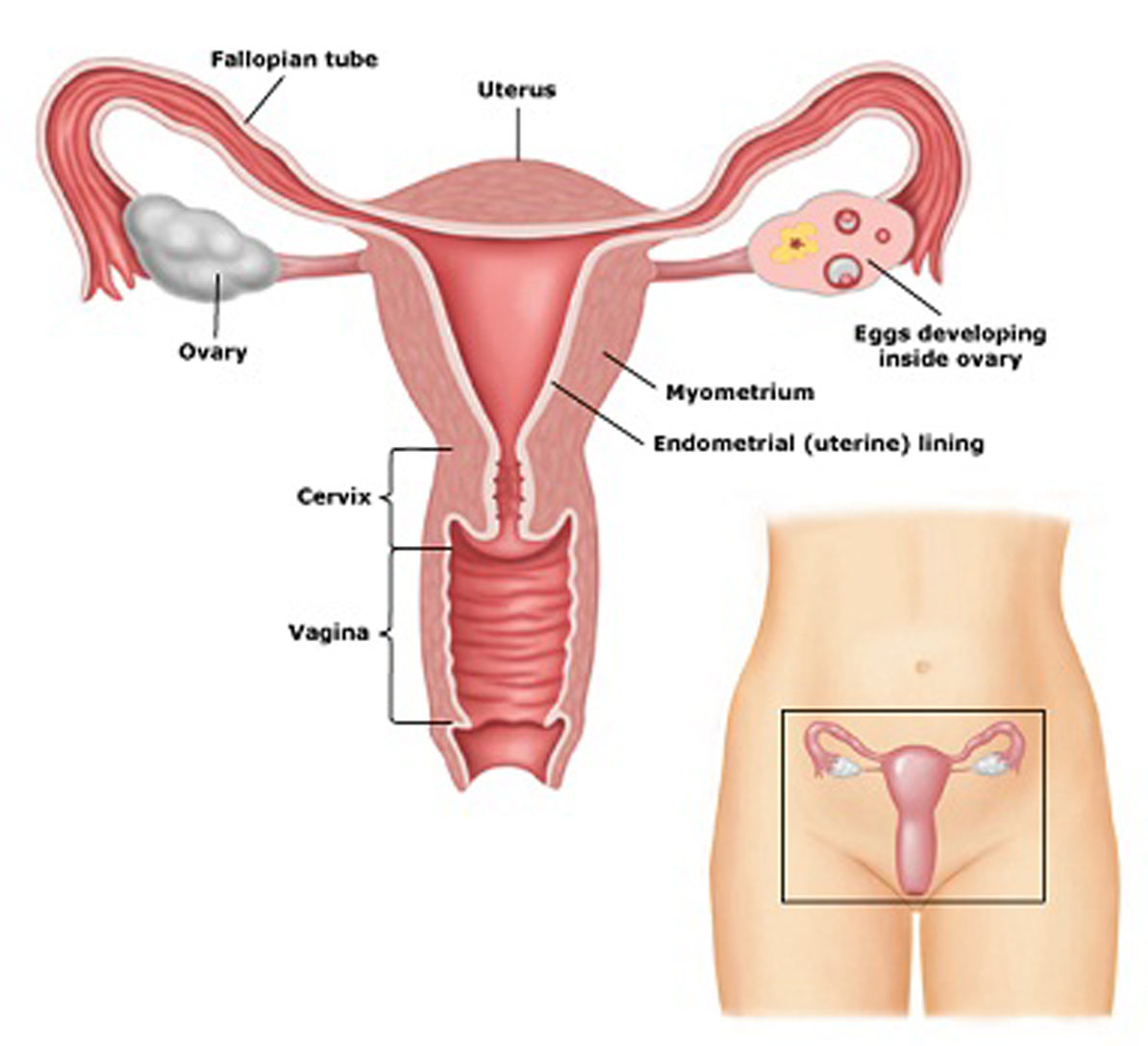 HIV-negative women can now use Truvada (tenofovir disoproxil fumarate/emtricitabine) as pre-exposure prophylaxis, or PrEP. Descovy (tenofovir alafenamide/emtricitabine) is approved as PrEP, but NOT recommended for cisgender women. Apretude, a new injectable form of PrEP, is approved for men or women. PrEP means taking HIV drugs before being exposed to HIV to prevent acquiring the virus if her partner’s viral load is unknown or is detectable. PrEP also allows you to be in control of your own protection against HIV. Truvada and Descovy need to be taken daily, not just right before sex. Apretude is injected every two months.

Some recent research has shown that PrEP may not add much protection when the partner living with HIV is already virally suppressed (which already lowers the risk of transmission to zero) and condomless sex is limited to the woman's fertile period.

Truvada, when used as PrEP for HIV-negative women, appears safe in early pregnancy. Information from the Partners PrEP study conducted among serodifferent heterosexual couples in Africa showed that babies conceived when the mother was taking Truvada did not experience negative birth outcomes or have smaller infants. Women living with HIV have been taking that HIV drug safely during pregnancy for many years to prevent their babies from getting HIV.

Sperm washing refers to a process in which sperm is separated from seminal fluid (semen = sperm + seminal fluid). Since HIV exists in seminal fluid but not in sperm, 'washing' the sperm clean of the seminal fluid lowers the risk of HIV transmission. See "Understanding the Science" for more information. Any of the types of assisted reproduction listed below can be used with washed sperm to get the HIV-negative woman pregnant.

This means that a sperm fertilizes an egg with the help of a medical technique or therapy. Assisted reproduction (sometimes called "assisted reproductive technology") is useful when the future parent(s) require help to prevent HIV transmission between partners, are using donor sperm, or are having difficulty getting pregnant at home because of fertility issues. Unfortunately, few facilities offer assisted reproduction to people living with HIV, and few health insurance plans cover it. There are several types of assisted reproduction that can be used with washed sperm:

Donor sperm comes from a sperm bank or from someone you know. Sperm donors to sperm banks are most often anonymous, and they are tested for fertility and diseases to make sure the sperm is safe and able to result in pregnancy. This involves no risk of HIV transmission to your partner.

Donor sperm is often used in an assisted reproductive technique called intra-vaginal insemination (IVI). In this procedure, sperm are placed deep inside the vagina by a health care provider. This is very similar to home insemination, only done in a clinic. Donor sperm can also be used in any of the other assisted reproductive techniques listed above.

Based on individuals' experiences and at least one study, it is often recommended that the woman lie down for 20 minutes after inserting the semen to improve fertility. It is also more effective to use home insemination when a woman is fertile - when she is ovulating. You can get non-needle syringes at most any pharmacy because they are commonly used to give medicines to babies. Your HIV provider may also have some to give to you.

Offering a permanent family to a parentless child may be an option, whether having biologic offspring is an option for you or not. Adoptions can be done within the US or internationally. Unfortunately, while many people living with HIV have welcomed children into their homes through adoption, some agencies and/or countries may have prejudices against people living with HIV adopting children.

When choosing to have a child as a person living with HIV, it is important to be an advocate for yourself and your future child. Finding the right health care provider who is supportive of your plans to have a baby is a big first step! A friendly health care provider can talk with you about many issues around pregnancy and having children: which conception option is right for you, and appropriate HIV treatments for you and/or your partner. They may also be able to speak with you about whether to disclose your HIV status to others (including other providers, your child's pediatrician, additional friends and family), and how to handle any stigma or fear you may experience around living with HIV and being pregnant. Please see the main "Getting Pregnant and HIV" page for even more information about building a support network.

Ultimately, you get to choose when and whether to have children. You deserve to be treated with respect and given access to the information necessary to make an informed decision and plan for your future.

Related Resources from The Well Project

Can I Breastfeed While Living With HIV? An Overview of Infant Feeding Options (disponible en español)