Krista Heitzman Martel: Hearts and Minds of The Well Project 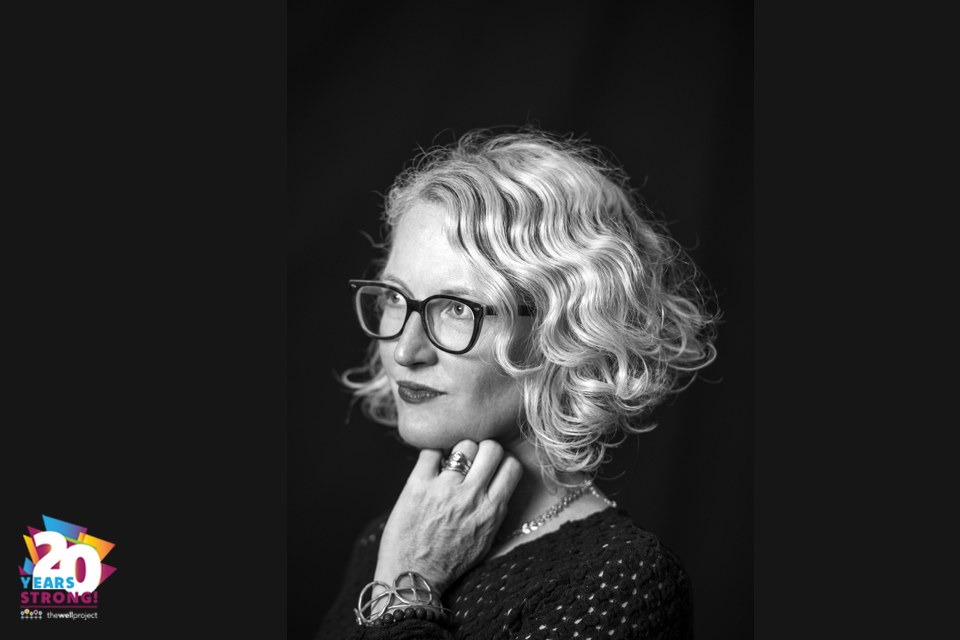 Exploring Family, Community, and the World

I grew up in a suburb of Chicago with my parents and two sisters, Ellen and Karen, who were six and nine years older than me, respectively. Throughout my upbringing, I was involved in music, sports, academics, and other activities. This allowed me to connect with a lot of different people with different interests and backgrounds, which seems to be a common theme throughout my life.

Like many kids, I was anxious to get out and explore other places, knowing that life experience is not just what you grow up in. I was an exchange student the summer of my junior year of high school in Germany. I then went to the University of Michigan, which offered the diversity and large size I needed. It was there that I found my advocacy footing and joined several groups involved in social and environmental justice. I studied French and economics and was really interested in developing economies, which led me to become interested in HIV. I studied and worked in Paris, traveled to several countries, and volunteered on a kibbutz in Israel, which further opened my eyes to different cultures, including communal living.

At the end of 1993, I went back to Chicago to work and spend time with my family. In 1994, shortly before I was planning to move to New York City, my sister Ellen was diagnosed with AIDS. She had less than 100 T cells when she got diagnosed, and it was a big shock to my family. This was before combination therapy. I believe she started on AZT monotherapy, and later added ddI and d4T (all very toxic drugs) which caused her to lose a lot of weight quickly. There was so much stigma around HIV, and uncertainty about how to explain her weight loss to friends and family. My family, like most people at that time, didn't have any understanding of HIV/AIDS, and they were unsure about how to handle all this while living in a small community where many people knew each other.

I was sensing the stigma around her diagnosis, people not wanting to talk about it, her not wanting to talk about it, and my 22-year-old advocate self was thinking, What if she had cancer? Would we be trying to figure out how to hide it? I understood the sensitivity around her diagnosis, but at the same time, I knew she hadn't done anything different than many young people were doing all around us. Ellen was always a force of nature (and the "rebellious one"), and once she decided to claim her diagnosis, she did it full-on, like most things she took on in her life! We went to some support groups in Chicago, which were comprised of gay men – which was great – but we realized there was not really a community for women living with HIV.

None of this was easy for our family and everyone was learning and adjusting at their own pace. While it took time, everyone embraced Ellen's advocacy and was proud of her volunteer work and participation in clinical trials. When Ellen passed in 1998, it was a blow to our family. She hadn't ever been able to bounce back like I saw others around me doing with the onset of protease inhibitors and other drugs. I think we were always hoping for that bounce-back. But I was so proud that she lived openly – and without shame – with HIV for several years.

In 1995, I moved to New York City and ended up working (not totally intentionally) at a medical education company specializing in HIV called World Health Communications. I still have so many close connections and friends from then! We were a big group of young people who loved the work we were doing. That was especially true of a program I worked on that focused on women living with HIV, which is where I met Dawn Averitt (who founded The Well Project) and many other women living with and working in HIV in the mid-'90s, many of whom are still part of my HIV community.

I had other communities too: the artist community in '90s Williamsburg, Brooklyn; the parents of my kids' friends (once I had kids); college friends; and eventually reconnecting with high school friends (thanks to Facebook!) – many of whom were also involved in the arts or activism in some way. One of the things I enjoy most about being part of all these different communities is finding connections and networking to advance people's goals. When I meet someone new, I love hearing about what they do or about their passion, and seeing if I can connect them to someone who might be in that same area.

Up to the point when I began getting involved with The Well Project's Women's Research Initiative on HIV/AIDS (WRI), I'd been fortunate to be connected with many women living with HIV thoughtleaders. The WRI allowed me to interact with many other (often senior) leaders in the field, (including researchers, doctors, policymakers, etc.). It was intimidating at first, but as I met and got to know people, it became clear that everyone is human and, above all, cares deeply about the work. It has become very important that whatever connections I've been able to make through that work carry beyond just me. It's been exciting to see members of our community advisory board (CAB) and staff cultivate these connections and have meaningful involvement in research projects, publications, policy bodies, conferences, and more.

At World Health Communications, we worked on modeling HIV University – the women's peer-based treatment education program Rebecca Denison had founded out of WORLD (Women Organized to Respond to Life-threatening Diseases) – on a national level. Dawn was part of the planning committee to develop the training, along with Rebecca, Marina Alvarez, and many other brilliant women living with HIV. Between 1997 and 2000, we held four week-long trainings that included women from around the US. I met so many awesome activists there – including Patricia Nalls (The Women's Collective), Monica Johnson (HEROES), Susan Rodriguez (SMARTUniversity), and too many others to mention. It was an amazing way to get involved with grassroots women's organizations that are still kicking ass today, and grounded so much of how I approach my work.

In that company, I saw how well providers were treated through speakers' trainings and other educational programs. I was determined to set the same bar when it came to our community experts and provide similar amenities, food, entertainment, compensation, etc. Dawn reinforced that by submitting a day rate for her work at the training that was equivalent to medical experts, and essentially explained that "experts are experts." I was all for it! That established for me early on that community experts should always be compensated for their time – and at the same rate as other experts, no matter what one's degree. The sharing of one's lived experience is invaluable. Appropriate compensation and building economic empowerment have been tenets of mine at The Well Project, and we've advocated for other organizations and entities to do the same.

One of the trainings for this program happened just months after Ellen passed away in 1998. I remember on the first day of the training, we were going around the U-shaped table introducing ourselves and listening to the diverse experiences of women from around the country. When it was my turn, I just burst into tears. I went through some difficult times after her passing, experiencing some depression and anxiety, and honestly, I wasn't sure if I could continue to work in HIV. I almost switched careers to work in the creative field in 2000, but then got involved with another venture that Dawn Averitt and Lillian Thiemann started (Visionary Health Concepts), where we developed educational programming focused on building health literacy around HIV and hepatitis.

Dawn and I had discussed The Well Project when she began it in 2002, but the organization was based in the South; I was living in Brooklyn and about to start a family with my husband. In 2009, Dawn decided that The Well Project could go virtual and invited me to come on board to oversee the website and expand the online presence. The rest is history! I spent the next several years working on uplifting women's voices with the creation of the blog, A Girl Like Me, and developing a social media presence, in addition to ensuring the fact sheets had a unified voice and were at an accessible reading level.

In 2013, I became the executive director, which was one of the best (and scariest!) decisions I ever made. I most want to stress how imperative and necessary community voices have been to everything I have done as executive director of The Well Project. Starting the CAB was the first step to working more deeply with community. My goal, however, was to provide employment opportunities for women living with HIV, and with our recent growth, I am thrilled that our last three jobs have been filled by community members. While I may have some good visions and connections, the organization would not be where it is today without input and guidance and trust from the community. I do not take that trust for granted.

I know The Well Project will continue to grow beyond what I've been able to do, and I am so excited to watch it transform. One of our key goals is to continue cultivating leadership – and watch how those leaders build other leaders, and so on. I have already witnessed this over the past several years; it feels like the ultimate successful outcome.