My Experience at the PWN-USA 2018 Speakup Summit 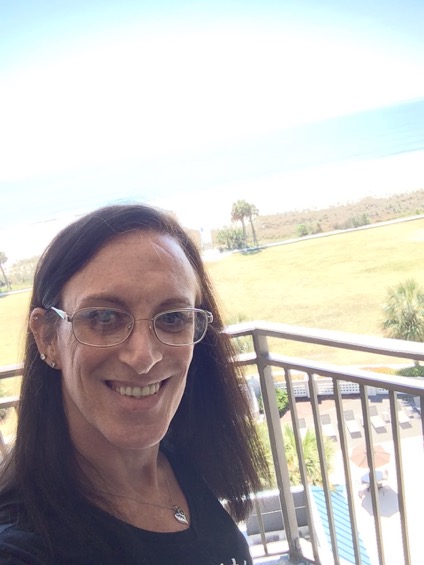 I first arrived in Myrtle Beach, South Carolina on Thursday the 12th at 11:00 am. Not much was happening on the opening day except for Summit registration at 12:00 and the opening session and dinner at 6:30, so after registering I had plenty of time for a much needed nap, an exploration of the hotel, a walk on the beach and finally a shower before dinner. At the opening session we heard from a panel of women and one man (yes PWN welcomes men as well) who spoke about the power of meaningful involvement and "what becomes possible when the communities most impacted by an issue are defining the problems, proposing solutions and driving the agenda." It was a very interesting discussion. After the panel discussion was over they spoke about Summit goals and expectations before dismissing for the night. It was so wonderful to see so many women I call my sisters again after so long, as well as so many more women who I didn’t know but consider just as much sisters to meet for the first time.

The next day would be a busy one that began with the breakfast plenary that discussed many accomplishments since the last Speakup Summit before breaking out for some really great educational sessions such as:

just to name a few. They made it so difficult for me to choose, I would have attended them all if I could.

During the lunch plenary a panel of advocates spoke about facing an escalation of politically-motivated assaults and how advocates have held the line on repressive policies, what’s at stake today, and how we can utilize lessons learned to both protect what we have and advance wins for our communities in the future. Then the 2017 graduating class of Policy Fellows, which was made up of 12 women from across the country, were honored in walking the stage to receive their certificates, I was so honored and proud to be one of them. 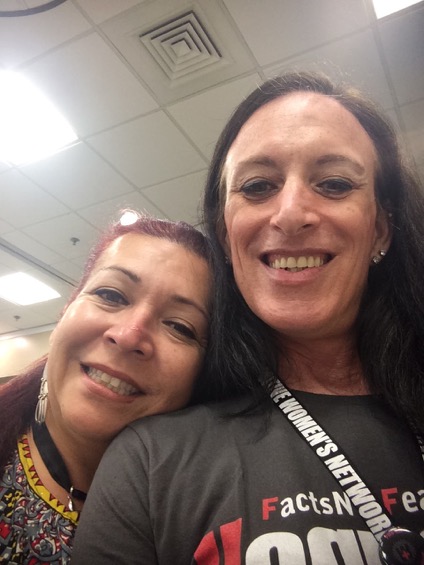 After lunch we attended two more sessions before dinner. Again, there were so many great choices to choose from but I chose the two that I felt were most relevant for me, which were "HIV Among Trans Women and Barriers to Care" and "Uniting Women and Tackling Stigma Through Blogging". I found them both riveting and enjoyed them immensely, I particularly enjoyed meeting some of the AGLM bloggers, they’re such wonderful and inspirational women. The dinner that night was a networking dinner, tables were labeled with the names of states and we were to sit at the table with our state on it and get to know other women who live in our state. Only problem was, I was the only girl from Alabama lol, so a girl from South Carolina and a girl from Minnesota sat with me, and they were so sweet to do so but what I learned from this was that I have a lot of work to do in Alabama lol. I vow that by the next Summit in 2020 Alabama will have a full table of women. 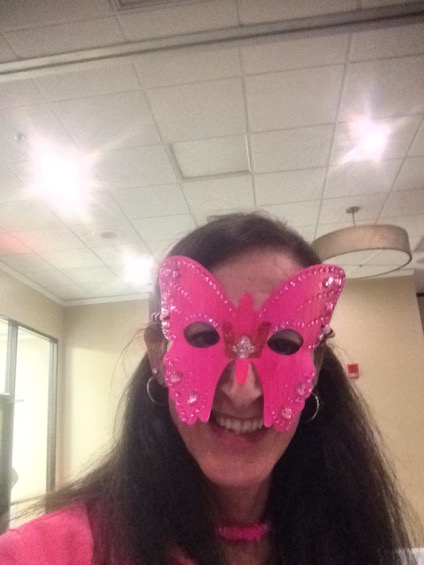 Later that evening we had a pajama party, dressed in our pajamas we danced and sang karaoke for hours, and though I can’t dance even a little bit I got pulled out onto the floor anyway lol. It was so much fun watching everyone having such a great time. After a while I walked across the hall where they had arts and crafts, they were decorating masks for the Pink and Black Party on Saturday night so I made one as well. After such a long, busy day I went to my room exhausted but had so much fun.

Saturday would be another busy day full of plenaries and work sessions, after the breakfast plenary that discussed "Building Power Beyond this Political Moment" I attended a session led by a man who I highly admire and I listened intently as he spoke about the U=U message "Building Hope". This is such a powerful message and one that changed my life a couple years ago by changing how I viewed myself. Thanks to this message I no longer feel like a danger to others and that’s powerful.

The lunch plenary talked about the criminalization of our bodies, sex, dating, and family creation while living with HIV, a very interesting and important subject to talk about. After which you could choose to attend an affinity group on various subjects but they gave us some free time before dinner which I took advantage of to relax and enjoy my beautiful surroundings. Dinner was a celebration of PWN’s tenth year anniversary which was then followed by our Pink and Black Party. It was so wonderful to watch everyone dancing, taking pictures together and enjoying the bonds that bind us together as one, celebrating old friendships and forging new ones as the night waned.

And then it was Sunday, the final day of the Summit. Breakfast was only breakfast, there was no plenary, no panel discussion, just eggs, bacon and grits. We ate, as many said goodbyes as some were leaving early while others had their bags by the door for a later departure. We heard rumors of bad weather heading our way as we attended our final breakout session. I was in no hurry to leave as I had a late flight, so I attended "Maximizing Your Advocacy Via Social Media" before the Summit closing session at lunch where we heard our final panel discussion about "Caring for Ourselves and the Beloved Community in Challenging Times". I’ll admit, it was difficult to listen to as so many more sisters said their farewells, it seemed like such a sad day. But I had little time for melancholy as I called my airline for departure information. My flight had been cancelled and I didn’t know what I would do, but PWN had my back, it turned out that I had to wait until the next day for a flight or spend the night at the airport, but my sisters would have none of that and they put me and another dear friend in a room together for one more night.

The next day I finally flew back home carrying the experience in my heart with all my sisters old and new and I brought with me the knowledge, inspiration and motivation that I will use to forge ahead on my journey, these things I will cherish.

I am so happy you are now a part of this amazing sisterhood ! Looking forward in reading all of your blogs