Update from the Field: Global Ambassador Report from Nigeria

In February, I revisited three government schools to see their Principals, who all want me to come and give a talk to their pupils. I went to two government schools in Abuja this month to give HIV/AIDS education and information to young girl in a Junior Secondary and a Primary School in Dutse Makarata under the Bwari Area Council of Abuja.

Schools that I went to give education and information on HIV/AIDS. 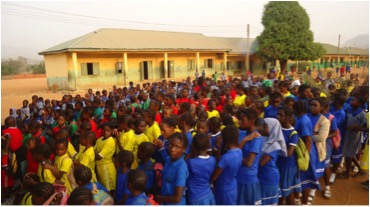 The Pupils at L.E.A Primary School

LEA Primary School (Government): The school had a gender assembly planned, and surprisingly HIV/AIDS was the topic for the week. I educated all the children present at the school assembly that morning and it was clear that we still have children with a lot of misconceptions about the modes of transmission of HIV. The school has over one thousand students, and the head teacher was so encouraged that I was in school very early in the morning and I was able to speak with the children for 45 minutes. 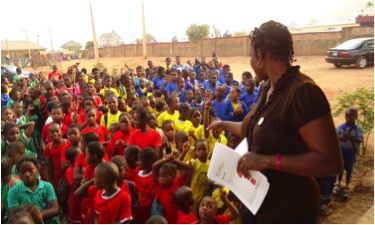 Global Ambassador Bose using The Well Project fact sheets to educate students,
and answer questions from the students such as "What is HIV?" 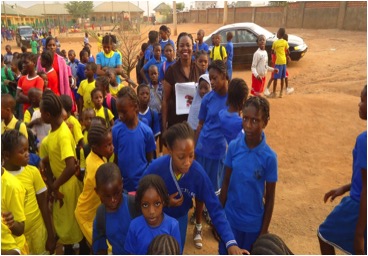 Junior Secondary School (Government): I also had an HIV/AIDS education with the students of Junior Secondary school this month on their assembly ground they were having their gender assembly for the week. Even though the school had a gender assembly planned, I was asked to educate both boy and girls. The school student capacity is one thousand eight hundred in total and they have forty five teachers. The Vice Principal told me that they had over nine hundred young female students. 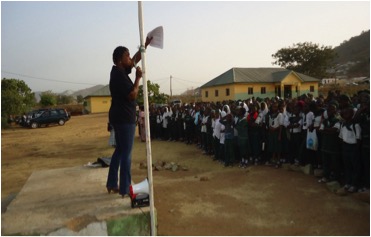 Using The Well Project's fact sheets, Global Ambassador, Bose, is educating the pupils of
Government Junior Secondary School on "What is HIV and AIDS?" 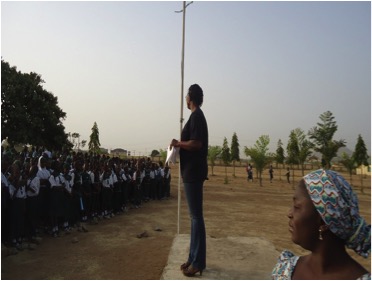 Girls at the assembly ground 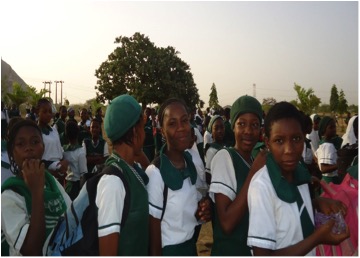 I also went back to revisit the principal at the Government Girls Secondary School, who was delighted to meet me and learn about The Well Project. She promised that I will be one of the special guest speaker during the school upcoming health week event in March 2016. I am also working to get approval from the school board to speak to the pupils at the Junior Secondary School in Abuja.

My goal and passion for this year is to reach out to more girls in schools and women in the community by creating more awareness at the grassroots level about HIV in order to work towards The Well Project's mission to change the course of the HIV/AIDS pandemic through a unique and comprehensive focus on women and girls, as well as towards achieving the global goal for HIV/AIDS of "Getting to Zero in 2030".