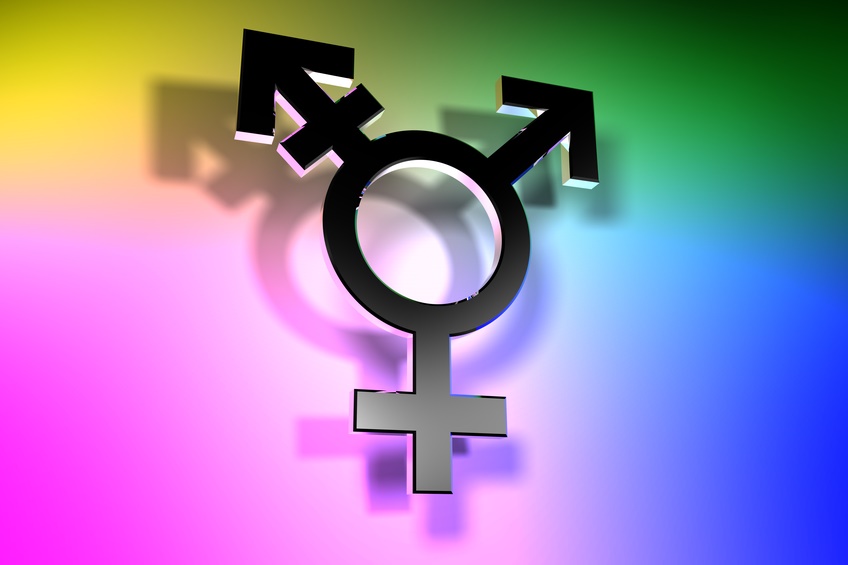 Often, transgender women are not even 'seen' because they are put incorrectly into other categories, such as men who have sex with men.

Not being seen or served

Despite bearing such a high burden of HIV, trans women have been historically underserved and underrepresented as part of the response to the HIV pandemic. Often, transgender women are not even 'seen' because they are put incorrectly into other categories, such as men who have sex with men. Existing data systems often do not ask the right questions about people's sex assigned at birth and current gender identity, and therefore do not count transgender individuals. It can also be challenging to 'see' transgender women because, due to past negative experiences or fear of discrimination, many trans women choose not to identify as transgender when they seek services.

In the past few years, organizations have become more aware of how ill-served the transgender population has been by the global response to the HIV epidemic, and changes are (slowly) being made. WHO conducted a study and published guidelines on HIV prevention and care that included specific recommendations for transgender people. It also issued a policy that encourages countries to establish laws that decriminalize nonconforming gender identities, protect against discrimination, and work toward legal recognition for transgender people. According to Kate Montecarlo, founder and chair of the Association of Transgender People in the Philippines, the WHO made a "remarkable imprint on history when it comes to transgender health and HIV advocacy among transgender women — in particular separating transgender people from men who have sex with men" and acknowledging the specific health needs of transgender people.

There are many intersecting issues common to transgender women that can make life challenging and make it more difficult for them to access the care they need. These include a range of social and structural inequalities that negatively affect the health outcomes of trans women living with HIV. As the National Center for Transgender Equality (NCTE) explains, "transgender and gender non-conforming people face injustice at every turn: in childhood homes, in school systems that promise to shelter and educate, in harsh and exclusionary workplaces, at the grocery store, the hotel front desk, in doctors' offices and emergency rooms, before judges and at the hands of landlords, police officers, health care workers and other service providers." For more information on some of these issues, see below.

Transgender Day of Remembrance and Resilience: On Transgender Day of Remembrance (TDOR), we honor our family of trans experience who have lost their lives to various forms of violence. It has also evolved into a day to honor and lift up the immense power, creativity, collective survival, community healing, and mutual aid in communities of trans experience. For our 13th episode of A Girl Like Me LIVE, honoring TDOR, Ciarra "Ci Ci" Covin was joined by Tiommi Jenae Luckett, an activist and emerita member of The Well Project's Community Advisory Board, to discuss the importance of remembrance and resilience.

View other episodes in the A Girl Like Me LIVE series

The stigma and discrimination faced by people living with HIV is fairly well documented and understood. Studies have shown that stigma and discrimination – or the fear of them – keep people living with HIV from getting tested for HIV, getting linked to or having access to care, staying in care, getting HIV drugs, and taking their HIV drugs correctly (adherence).

In a 2015 U.S. survey of more than 27,000 transgender women, almost one in ten reported having been physically attacked in the past year, and almost half said they had been verbally harassed in the past year because of their gender identity. Transgender women of color, especially African-American trans women, bear the heaviest burden of discrimination. This is probably so because the combined effect of anti-transgender bias and structural racism is greater than the sum of their separate effects.

Serious discriminatory events can often be traumatic, leading to lasting negative effects on a person's ability to function in the world – physically, mentally, emotionally, socially, and/or spiritually.

"In Peru, before making the transition, I was the victim of much bullying for being a queer person and quite feminine. And the police attacked me. Once I was leaving a nightclub and a policeman stopped me. He took me to a parking lot far away, on the beach, put a gun to my head and sexually abused me. Then he left me on the beach. There were other incidents." ~ Arianna Lint, Real Trans Latina History

The negative feelings and sense of rejection that come from experiencing discrimination can also lead to low self-esteem, social isolation, depression, and even thoughts or acts of suicide. The survey reported that an astonishing 40 percent of survey participants had attempted suicide.

Transgender people worldwide face extraordinary levels of physical and sexual violence. Violence, like stigma and discrimination, can result in trauma and lead to lasting negative effects on a person's ability to function and remain healthy.

You can also search for a safe space, shelters and services online at Domestic Shelters or at SAFE (Stop Abuse for Everyone).

It is important to remember that, if someone threatens you, it is NOT your fault. You deserve to be treated with respect and to be safe. Often, women who have been abused have been humiliated to the point where they believe that they deserve whatever abuse comes their way. This is NEVER true.

Unemployment and poverty can have serious negative outcomes, leading trans women to experience homelessness or engage in drug work simply to survive and to cope with the stress of their situation. Trans women may also engage in sex work, either out of necessity or by choice. Each of these factors can greatly reduce a person’s health and well-being; when acting in concert, these circumstances can be devastating.

"Dealing with the fact that I am Trans, I face ostracism at work… People whom I thought loved me and were truly my friends have repeatedly mis-gendered* me at my job, jeopardizing my livelihood. Arkansas is a state with no legal protections for transgender people in employment. People can deny jobs and housing based on religious beliefs, which in essence is targeted to members of the LGBTQ community. Losing my job would put me in a position of possibly losing my apartment and having to do what is necessary in order to survive. I am working hard to make my own path in this world, but I have people who hate me simply because I am Trans." ~ Tiommi Jenae Luckett, I Could Be Broken, but I'm Not Defeated

* Mis-gendered means that the person is referred to by a gender with which they do not identify. For example, someone assigned male at birth whose current gender identity is female continues to be referred to as "he" even after they let people know that their pronoun is "she".

While an accepting response from a trans woman’s family can protect against many of these injustices, being rejected by one's family can make things worse. For trans women living with HIV, social support (or lack thereof) is even more important. Social support from friends and family has been found to help people living with HIV avoid depression or cope better with it. It can be helpful to connect with others who share your situation. To read some of the inspiring stories of brave trans women living with HIV, please visit our online blog A Girl Like Me and consider joining our community.

In addition to being rejected by family, transgender women living with HIV often face disrespect and denial of service as part of going about their public daily lives. Among respondents to the NCTE survey who interacted with the police, more than half experienced some form of mistreatment. And being harassed by police, quite naturally, makes many trans women avoid seeking assistance when faced with threatening or violent circumstances.

Transgender people often have trouble updating their official documents so that their documents match their gender identity and presentation. Without appropriate documents, transgender women have trouble applying for jobs, accessing bank accounts, getting medical care, traveling, immigrating, and getting into homeless or domestic violence shelters. And showing identification documents that do not match one's gender identity can lead to discrimination, harassment and even assault.

Many providers simply do not know about the hormones used for gender transition or about gender-affirming surgeries.

Another factor affecting trans women’s health is the general lack of knowledge among providers about transgender health. Many providers simply do not know about the hormones used for gender transition or about gender-affirming surgeries. One issue they may not be aware of is the higher risk of blood clots among women taking estrogen – either to transition or to replace hormones after menopause - who also smoke. As a result, providers may not counsel trans women about the need for smoking cessation or explain the signs of blood clots that they should watch for.

There are many negative consequences of poor access to health care for trans women living with HIV. Perhaps the most obvious is that fewer trans women living with HIV receive and take the HIV drugs necessary for them to stay healthy. But the shortage of informed transgender care providers also leads trans women to access feminizing hormones through underground and unregulated channels. This can result in trans women buying hormones that are not safe (off the internet, from the veterinary supply, etc.) and giving themselves incorrect doses (often too much).

Similarly, trans women seeking to feminize their appearance by injecting soft tissue filler (e.g., silicone) run the risk of infection and scarring from an unsterile technique or contaminated syringes. Free (not contained within an implant) liquid silicone can cause chronic inflammation or disfigurement and can migrate to other parts of the body. Sometimes, incorrect injection technique has resulted in sudden death from emboli (getting an air bubble or bit of foreign material in the bloodstream).

Despite all of the very real, day-to-day obstacles faced by many trans women living with HIV, many demonstrate amazing resilience. They have shown that they can face harassment and violence with determination and grit. And they have shown that it is possible for trans women living with HIV to thrive and contribute to their communities in the face of multiple injustices.

According to the NCTE discrimination survey, although transgender people had major barriers to accessing health care, over three quarters still got the hormone therapy they sought. Despite bullying that caused them to drop out of school, many later returned to complete their education. Despite having lost previous jobs or homes due to bias, the majority of trans people reported being currently employed and housed.

"I am an African-American Transgender Woman Living with HIV, and sometimes I have to choose which battle to fight… Being Black is no easy feat. I recognize all kinds of systemic privilege at my job, and I do not benefit from any because I am Black. As hard as I work, I feel undervalued and overworked… I face chauvinism and unwanted sexual advances at every turn… So, as I am sitting here thinking about the intersections in my life, it [becomes] apparent how resilient I truly am. I'm well, having the knowledge that I am a conqueror through divine intervention. There are forces working together for my good." ~ Tiommi Jenae Luckett, I Could Be Broken, but I'm Not Defeated

For more information on the following topics, please see our list of Resources for Trans Women Living with HIV: