**Content Warning** This piece discusses suicidal ideation as well as eating disorders. Please see below for information about getting help.

Anyway, my co-workers and myself found a place to sit and eat and I fumbled through attempts to have meaningful conversation and make a good impression. In the middle of a sentence, my phone rang, so I excused myself and went outside to the front of the Chipotle to take the call. When I answered, it was my doctor. She was calling to schedule a follow up visit, nothing else. She said nothing about my test results. So I did it… I brought it up and asked her myself. "Wait, can I ask you something? I saw some test results on my web portal last night that upset me. Can you explain to me what they mean?" I asked. "Oh no, I am so sorry. Those were not supposed to be posted online. We have a new system and they must have posted them automatically. I'm so, so sorry", the doctor replied. Then I think my knees gave out and I stopped breathing all together, but it's so hard to remember what exactly happened next. I know that I asked for confirmation, "So, you're telling me that it's true… that I really do have HIV?" She replied quickly and apologetically, "Yes, I am so sorry." I began sobbing, a lot. I was standing outside Chipotle, people walking in and out of the building to grab lunch, and I'm standing outside sobbing like I just found out someone died. In a way, that's what it felt like to me at the time, like a part of me died.

I repositioned myself to the back of the building next to a dumpster. My food and my bookbag were still inside with my co-workers that I was trying so hard to impress. "Fuck! Fuck, fuck, fuck, fuck!" The tears continued. What can I do next? How could I possibly go back to work with hundreds of young children and emotionally and physically support them when I just found out I'm HIV-positive? I can't do it. I thought of Rory. He needs to get tested immediately. We need to go now, but I'm in Charlottesville, an hour and a half from home and I didn't drive here. I decided to call my boss. I'm sobbing when she answers the phone. Panicked, she asks me if I'm okay. "I need to go home. I just found out I have HIV. I need to get home so that my boyfriend can be tested. I can't go back to work." Then she told me to find a place where the sun was shining on me and to stand there. She told me that she had a best friend living with HIV who is doing great, is on medication, and is living a "normal" life. I was still in denial and I don't think that helped. I just didn't accept it as my reality, but it didn't matter. It was finalized and I could never change it. "Unless it was a false positive", I thought. My boss told me that the administrator for the program I was working for was going to give me a ride back to Richmond. "My stuff's still inside. We're at Chipotle. I can't go back inside." My boss replied that she would call one of my co-workers and have them bring me my stuff. Eventually my co-worker walked outside and handed me my stuff. I was still sobbing. "I hope everything is okay. It's going to be okay", she said. I thanked her and waited for the administrator to pick me up. I tried to stay in the sun.

When her vehicle pulled up, the sobbing hadn't stopped. I stepped inside her car and thanked her in between labored breaths. She asked no questions, she just drove. I couldn't stop myself. I needed to talk about it. "I was just diagnosed with HIV and I need to get home to my boyfriend so that he can get tested, as well." I think I'd called Rory sometime while I was waiting for my ride to arrive. I honestly don't remember what he said to me, but I'm sure it was something about everything being okay and us getting through it together… That's what I imagine him saying, anyway. It's hard to remember the details clearly. The lady driving me was kind. She just listened and told me things would be okay… that she'd heard that there is medicine now that allows people with HIV to live a "normal" life. There it was again... "normal". How can anything ever feel "normal" again? I thought of my students and my student's parents and what they would think of me if they found out. I thought that their parents probably wouldn't want me near them, certainly not putting my hands on them to correct them, definitely not sweating near them. I'd have to find another job. No one could know. I'd be ruined. I am ruined.

I overshared quite a bit during this car ride. I told her I thought I could've gotten it from my ex-boyfriend. I told her he wasn't kind to me… that he lied and manipulated me. That we slept together once after we broke up. That must've been it. She learned a lot about me. I didn't consider what our relationship would be like following this car ride, and frankly I physically couldn't give a single shit about it. I couldn't stop talking and I felt like if I didn't continue talking that my brain would explode and I'd die in her car. "Am I going to die?" I thought to myself. Then I felt like I could feel myself dying in that moment. My body is killing itself and there's nothing I can do about it. I need Rory.

Eventually we arrived in Richmond and Rory was in a parking lot. I remember that. I remember seeing him standing there. I don't know what parking lot it was or where it was, but I remember that he'd already scheduled an appointment for himself to be tested for HIV and we had to go, immediately. I felt so guilty. How could I do this to him? He should leave me. There's no way he'll be with me after this. He shouldn't be with me. I shouldn't be with anyone. Am I going to die? I couldn't shut my brain up. The thoughts were coming and going constantly and each of them progressively more negative than the last. "Just please, let him be negative," I thought. I couldn't live with myself knowing I'd transmitted HIV to Rory. Then I considered suicide. I considered that a few times. It's scary how practical of a solution it seemed during this twisted waiting game. It's jarring to consider that now as I write this. I remember thinking that my body couldn't kill me if I killed it first. I didn't want to cause problems for my family or hurt my mother or Rory, so I didn't... but I thought about it. I really did.

I remember hugging Rory when I saw him and tears flooding down my face. I remember feeling his embrace and wondering if HIV was in his blood too. I felt sick and weak. How could I do this to him? I felt dirty, toxic, and contagious. I held my breath as we drove to the doctor's. "Just please, don't let him be positive," I thought. I thought this over and over and over, wishing the repetition would somehow make it real. I remember sitting in the doctor's office waiting for Rory to be called back. I remember holding Rory's hand. I remember that my eyes burned and my body was weak, that my head was killing me. The doctor who tested Rory was very kind. I'll never forget him because of that. He looked at me in a way that validated my humanity, and for a moment, I felt like I was more than HIV. That moment was fleeting, but I remember it happening. Rory was tested and then we waited. We waited and waited some more.

I don't remember how long we had to wait for Rory's results to get back, but I do remember watching the movie "Elf" a lot. It was one of my favorite movies and Rory knew that, so he played it for me every day while I layed in bed. I must've taken off from work because I remember staying in bed for a few days. I cried and watched Elf a lot and waited. I also held my cat a lot. I thought it was really special that he didn't know that I had HIV and that he loved me for me. Thank God for Mowgli. I needed him. He saved me in a lot of ways.

Eventually a phone call came for Rory. I held my breath. Among other words, I heard the word "negative"... the only word I cared to hear at that moment, and I released my breath. I hugged Rory and I wept. THANK FUCKING GOD. I was so thankful. Then my mind shifted. I am a danger to Rory… I need to stay away from him. We can't be together anymore and I need to go. I need to leave him alone and go away, far away. Then began the endless attempts of self-sabotage. I wanted to protect him and the best way to do that was to make sure that he never wanted to see me again. Ever. 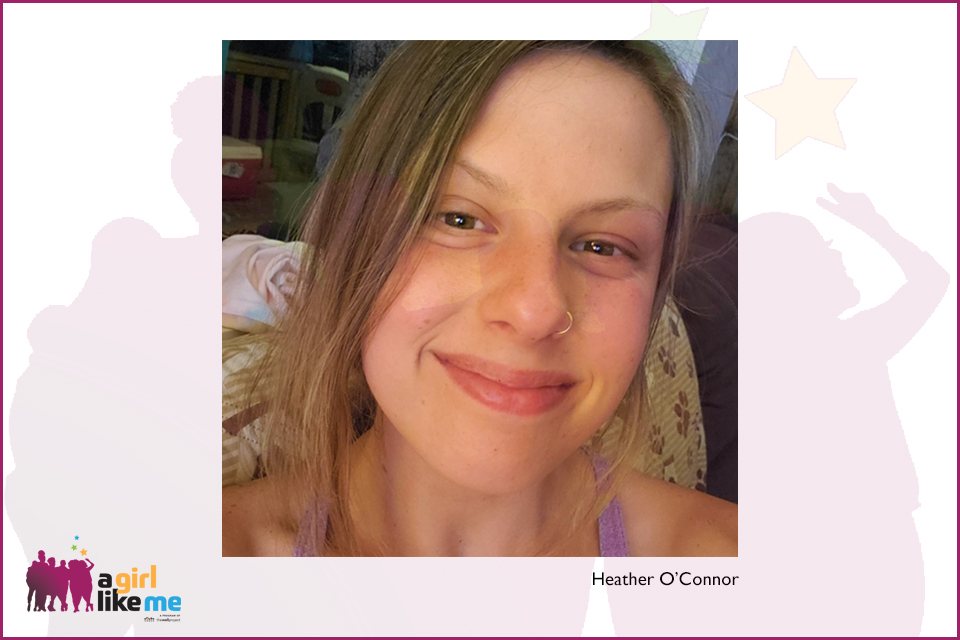 If you or someone you know is suicidal, please, contact your physician, go to your local ER, or call the suicide prevention hotline in your country. For the United States, the numbers are as follows: The National Suicide Prevention Lifeline at 800-273-TALK (8255), or message the Crisis Text Line at 741741. Both programs provide free, confidential support 24/7.

The National Eating Disorders Association (NEDA) is dedicated to supporting individuals and families in the US affected by eating disorders. To contact their help line, call 800-931-2237, or use their online chat service.If you are in a crisis and need help immediately, text "NEDA" to 741741