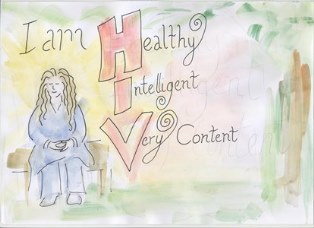 Waiting, waiting for the test results, what can I say? Will it be high, low? How low can I go?

I went in so confidently, no fear, I actually look forward to it, the reaffirmation that I'm doing well. A chance to update my consultant, he is the most consistent man in my life! 10 years now I've seen him. He's listened to a lot, heard me, hugged me, held me, and always reassured me. But this time was different, the system has changed and now instead of tea and cake in the clinic, a nice chat then the tests results emailed a week later. There's a new protocol, bloods first then 2 weeks later a consultation. Ok I can do this, it's ok, makes sense, so I book two appointments, But when I arrive for the first after a morning of meditation and preparation, I find a note on the table. No glossy magazines to distract me, just the information that, following BHIVA guidelines, they are only testing VL annually. Slight panic begins, but I'm still calm. I've been here before and it should be on my notes, even though I'm stable I need to know. If I had a choice I'd get results every 3 months. I loved getting them monthly when I was in a study, especially the undetectable ones, good times! I know that in other countries just the CD4 is tested and that this is the most important figure, I can rationalize, I understand the reasoning, but emotionally my viral load is loaded.

"I need to know. I need to be tested for my mental health!" I am asserting myself to the nurse advising me it's not possible as it hasn't been requested. I sit in the chair, cushion, needles and test tubes at the ready, demanding to see someone that can request it before we proceed any further. A fellow behind the curtain is also asserting himself regarding tests, and as my nurse scurries away he suggests I talk to the patient rep. I can't look behind the curtain and struggle to communicate and connect, where is the confidentiality? Usually I don't mind being tested with another person in the room, there is a sense of camaraderie. Even sitting silently in the waiting room there is usually a feeling of 'we're all in this together' despite the awkward glances and smiles. I feel united, strengthened by others, because I know they are here because they have an STD and it's highly likely it's HIV, seeing as this is the specialist service and the European centre of excellence, and they know it is likely I am too. Now Mr. Behind-the-Curtain knows for sure because he's just heard me state: find my notes, contact my consultant, I want my viral load tested today. He also knows I'm menstruating in 2 weeks so I don't want to be tested then (I don’t know if this really does affect the counts, never got a consistent answer, but I know my body and I want to be tested at the same time in my period so that to me my tests are comparable). He knows TMI and I'm embarrassed. Embarrassed at an overreaction, or is it?

Yes I can accept possibly I am extreme, in the emphasis I put on my results in my head and the extent I go to to compare what, in the bigger picture of it all, is a very insignificant change: 457, 625, 319, 1185, 732, 514, 320. It’s all good, that's what it always says in the email. But I'm not feeling good, I'm not getting that email, and behind that curtain I start to cry. Mr. tries to comfort me talking about budget cuts and that he's going through the same battle, but the tears still fall because I'm out of control and feel powerless when I have been feeling so empowered. 2 days before I was confidently painting, encouraging others, redefining HIV and feeling good, just one test and I'm back with the trauma, sense of shame. And now I'm just lost with the uncertainty.

BRM, bless him, comforts me as I retell the story. He even offers to come to the hospital. It helps, love does conquer, but also complicates. He's involved as well and maybe that's why it's even more important to know. How high the VL equates with how high the risk. They did test eventually, I got the request, I calmed down, stood on the scales, peed in a pot and took the tourniquet. Then thanked the staff for managing my hysteria and left the building. 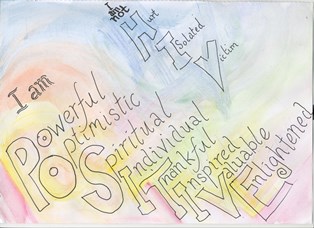 Hi Mel, I am reading your post and it feels to me like your HIV is running your life....not the other way around. Your blood work will vary for many reasons on any given day.

When I started , I did not want to take meds. I know a lot of people who have done this and I can say overall the ones who are healthier and in better control are the ones who start meds before thier counts get below 500. Why? It's seems if we go too low it makes the virus so strong and our body just can't recover as well.

My strategy is to stay healthy, I control my virus any way I can....not the other way around. I don't focus on my virus, it doesn't run my life. I run my life. I am a healthy woman, I am alive because I am in charge of me. This virus can effect so Macy facets of our body and it is a sneaky virus, I am not going to allow it any edge. I am too valuable and my life is a gift that I will not forsake. I wish you good health and happiness Mel. - love, Sologirl.