Nothing But the Truth

The day my mother announced that she had been diagnosed with AIDS, my entire world shifted. Through tear-filled eyes, she explained that she contracted the illness from her recently deceased ex-fiance and wasn't sure how much longer she had to live. I instantly wailed as if she was already gone. At the time, I was a 17-year-old high school senior filled with the anticipation that accompanies graduation and college plans. When my wailing ended, a different conversation began. My mother reached under her bed, retrieved a thick, evergreen book, and began thumbing through the pages. She landed on "autoimmune illnesses". Her mission: search her medical dictionary until she found a kinder, gentler illness that resembled AIDS. "If anyone asks, I have Lupus. You understand me?" "Yes ma'am," my sister and I agreed. This was our story and we were committed to sticking to it. June 1994, I went away to college. By some minor miracle, my mother scraped up enough money for me to attend DeVry in Atlanta. I returned home at the end of my first trimester to a mother I no longer recognized. In three short months, she dwindled from a plump, vivacious Brickhouse to an unrecognizable shell of herself. By January 1995, she was gone.

My sister and I held on to our mother's secret. As requested, we explained her death with the Lupus story. Small towns are known for being hubs of misinformation. For years, various stories floated around the community about my mother's mysterious death. Some said she had a heart attack. Others said it was cancer. I'm unsure about the origins of these stories. But I do know nothing but truth could reel them in. Truth was not an option.

Fall 2001, I enrolled in college after three failed attempts to earn a degree, hoping to bring honor to my mother's legacy. I made the Dean's list, started working in after-school care, and had my own apartment. At 25, I felt like I was finally living a life my mother could be proud of. The following Spring, an HIV/AIDS testing van invaded my campus with prizes and pamphlets. I was tested and later diagnosed with AIDS. Again, I wailed. The thought of having the same illness I watched destroy my mother was unbearable. When the wailing ended, I made a decision. I decided that if I was going to die, I wasn't going to die silently. I immediately called my closest family and friends. That day, I discovered why my mother created that story about having Lupus. The truth of AIDS stung my tongue every time I spoke it. But with every sting, I eventually became immune to its venom.

In 2009, I began sharing my story with strangers as the World AIDS Day keynote speaker at a small Baptist church about thirty miles outside of my hometown. The event went well. I spoke from the heart and answered the audience's questions candidly. The following day, I was informed that my face and my mother's truth were on the front page of the Sunday edition of the local newspaper. The Sunday paper is as common to Southerners as sweet tea. I called my sister to notify her that the lie conjured up in our mother's bedroom almost fifteen years earlier had disintegrated with one swipe of a reporter's pen. Although there was some backlash from family members who had embraced the lie for so long that the truth was a shock to their system, that experience gave me the permission I needed to become the truth-teller I was destined to be.

Since then, I have made it my mission to confront and defy HIV/AIDS-related stigma in the South, especially among women. To be Black, positive, and woman in the South is to be othered by others. The strongholds of racism, economic inequality, and gender inequality down in Da Dirty create a conglomerate of adversities that are exacerbated by HIV/AIDS. The South is a breeding ground of silence and secrets that further alienates women who are already living under sparse conditions. Unfortunately, in the South, many truths have yet to be reconciled. However, a day is coming when the lumps decaying beneath the proverbial rug will be swept clean. I hope that on that day, the thousands of women like my mother who live in the shadows of their sickness will never again feel the need to create a false reality to endure an HIV/AIDS diagnosis. 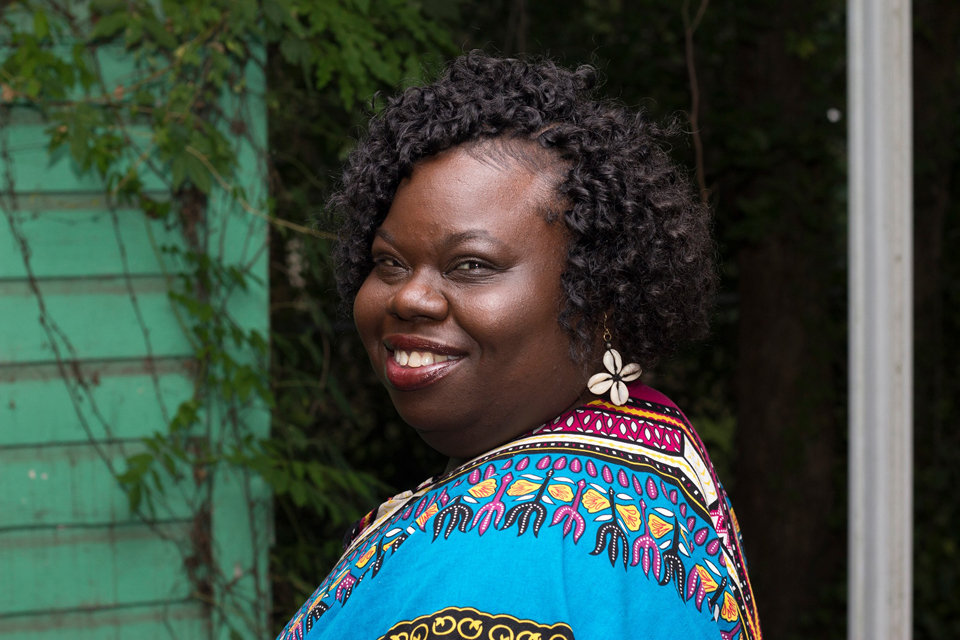 It is emotional for me just reading your story.
It is a great sharing, it took me back to when I had to disclose my HIV status to my 7 year old son back then.
Thank you for your courage and strength.
Thank you... Thank you...

This goes on to say that you owned the "power". The power to feel free, to feel liberated and not let the burden of HIV tear you down. That's how I felt five years after coming out of the closet. It did take immense courage and determination, but thank YOU. Thank you for doing that so as to help other people living with HIV feel free.

Thank you so much for sharing this. I felt every word.