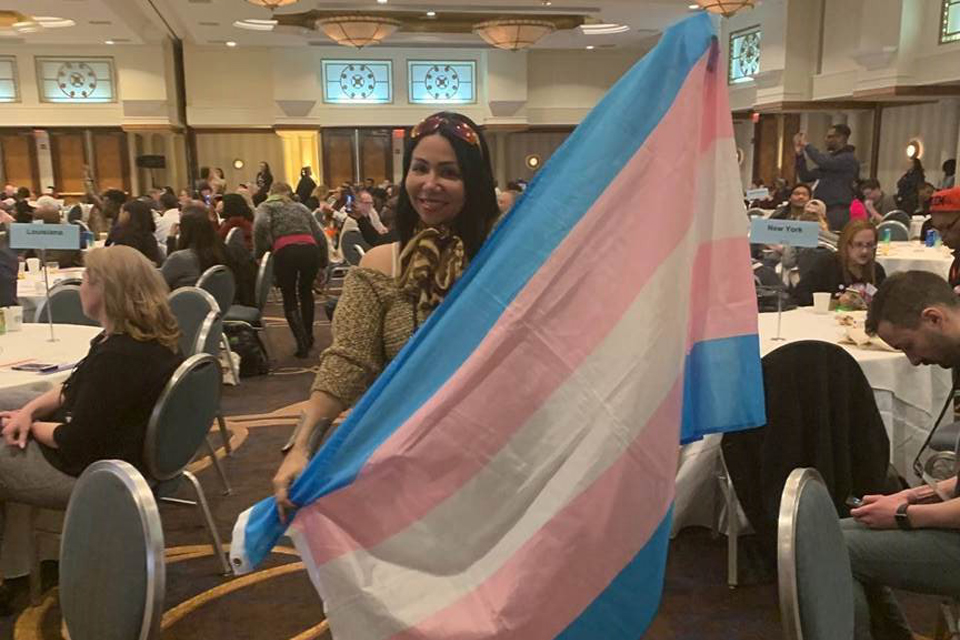 It was pretty cold in Washington, but I knew I would see my brothers and sisters in the fight again and as usual I felt I was with my family! Lawanda, my dear roommate and fellow blogger for The Well Project is amazing and uplifted me so much. So happy I met her at last in person. She is thoughtful and an amazing human being. This is so important for us living with HIV and fighting the good fight. It felt amazing to find the support and love from my fellow peers! I noticed less fighting and more acceptance. We planned out what we were going to do when we were in those halls in the Capitol! I hope that what we taught and expressed to the staff of the senators and congresspeople is taken seriously. I believe it hopefully will be, considering that Mr. Trump says he wants to help end the HIV epidemic.

I also was very motivated when we basically told off the new appointed CDC director about PrEP and I also confronted him head on about U equals U and why they never talk about the statement that they made and act like it’s not really important when we all know it has set us free in many ways. We protested and were united as one! I got to speak about why we need health care and how it is a human right not a privilege or an entitlement as the Republicans (or most Republicans) think.

I want to thank AIDS United for having this very important conference and I hope to get a scholarship next year! I thank The Well Project once again for making sure we are there at the table! I loved seeing Rosa and Michelle from the beautiful Puerto Rico! I was just happy to see all my friends and fellow activists and I urge people to apply and get your voice heard! I also want to tell the organizers of AIDS United and all conferences that I understand the higher risks of infection are MSM and Trans women, but as a latinx cisgender woman I want to implore that you all let women from all backgrounds have a voice. We need to see panels with cisgender women! This is one of the biggest reasons there is so much ignorance in my community and many others! If we only concentrate on MSM and Trans people they will continue to think that this is a Gay man’s disease when we all know this is not true! I want women to be included and I don’t understand why they don’t give us the space to talk about HIV and our issues as cisgender women!

This April 11th I turned 46 and April 18 will be my 31 year anniversary living with the HUMAN condition of HIV! I will continue to fight and Thank my God every day because I shouldn’t be here. I will continue to fight for more than myself and for those that are hiding in the shadows of the biggest killer: STIGMA! And as my dear sisters in PWN always say: NOTHING ABOUT US WITHOUT US. I also want to thank all of my brothers and sisters that gave me so much love. All we need is love and that is exactly what I felt... the key to this fight is to stay strong, know your limits, and support one another! We are in this fight for the same cause and we live it! Be mindful, have love inside, but also understand that we are there as activists to fight for ourselves and people all over the United States that are living with HIV or affected. I was highly motivated and I still have the strength to raise some hell, lol!

With much love and light,
Maria Mejia