My Story: Part One 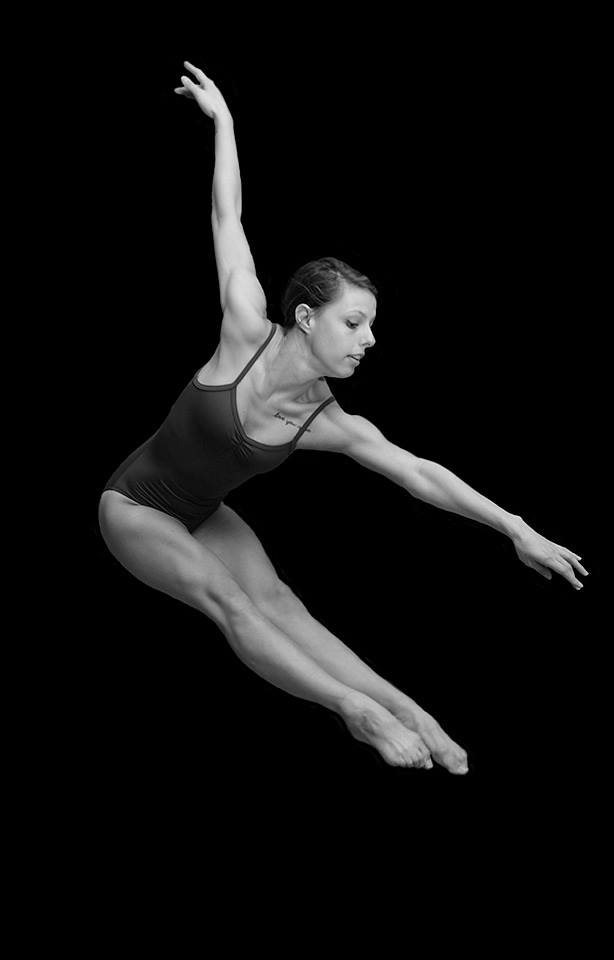 Hey all! Firstly- let me just say that I am so incredibly grateful to be part of such a strong and supportive group of women... thank you so much for having me here. I'm very lucky. Secondly- I hope everyone is finding some sort of inner calm during these uncertain times. I am fortunate enough to be quarantined with my husband, daughter, and animals. I try to frequently reach out to my friends and family whom I know are quarantining alone. Isolation can be so trying on a person's mental health, especially now. Please let me know if you are in need of support... it's so important to make connections and check in with each other during this time. I'm here for you.

Well, since I'm new here, I thought I would go ahead and share a little bit about my background, my diagnosis, and where I am in life currently. I have a tendency to elaborate on simple scenarios (according to my husband), so I'll try as much as I can to keep it to the point. ;) I also plan to post this blog in sections not just because it's a long story, but because it's difficult to revisit this all at once and I think it might be helpful both for myself and for you all if I break it up a little bit. With that being said, here we go...

I was born and raised in Norfolk, Virginia. I attended elementary, middle, and high school there. From an early age, I trained in many styles of dance. Dance consumed A LOT of my time and attention during my early childhood years and throughout my early adulthood. There wasn't much time for socializing outside of dance, so if I wasn't in school, I was either in dance, eating, procrastinating schoolwork, or sleeping. I attended The Governor's School for the Arts during high school, concentrating in modern dance. Following high school I moved to Philadelphia to attend The University of the Arts in Philadelphia. I graduated in 2014 with a Bachelor's of Fine Arts degree in Modern Dance. During my senior year, I reconnected with my current husband, Rory, via Facebook (thanks modern technology!). We were both from Norfolk and went to the same high school (three years apart), we talked on the phone often after reconnecting, and coincidentally enough, his grandfather's birthday was approaching and his family was planning a trip to New Jersey to visit and celebrate. Because his grandparent's house happened to be right outside of Philly, his grandpa kindly dropped him off at my apartment the day after the birthday celebration. What intended to be a short visit ended up being a two-week-long lock-in partly due to snow, but also due to the genuine enjoyment of each other's company. The first time Rory took a bus back to Richmond I remember crying my eyes out and thinking I had half lost it for being so emotional over someone I'd just officially met. After that, we were inseparable.

Following my graduation from UArts and his graduation from Hollins University's Masters program in Roanoke around May 2014, I was visiting Rory at his coffeepot home (yes, a house shaped like an actual coffeepot... see picture below). It was night time and we were enjoying (an ample amount of) wine and eventually found ourselves having an "Okay, we've been together for 6 months and are in a long distance relationship/a transitional period in both our lives, but we love each other (albeit quickly)... do we break up or move in together?" type of conversation. Spoiler alert: We decided we would stay together, take a leap of faith, and move to Richmond, VA, where Rory had gone to VCU for his undergrad. It was a cool place, there was art going on, good food, and there was dance... so why the hell not, we thought.

Living in Richmond, I made a living by teaching dance. I taught various genres of dance to ages 3-18 at a local dance studio Monday-Friday and occasionally on Saturdays. In total, I was teaching around 18 classes a week to make ends meet. Unfortunately, dance teachers tend to not make very much money due to limited hours, so I was essentially busting my ass for a little bit of nothing. However, being able to bring the art of dance to young people was one of the best gifts I could ask for, so I often came home from work feeling both very exhausted and spiritually fulfilled. Meanwhile, Rory and I ventured through the ups and downs of a new relationship and sharing a very small space together. We fought a lot, I took a lot of walks, we made up a lot, and we got a kitten named Mowgli. We were figuring out what life meant working together as a little family and continuously choosing to grow together and make changes rather than call it quits when met with difficulties. I felt confident, strong, and acknowledged... characteristics I had not experienced in my previous relationships. Things were good.

In April of 2016, I started getting really sick frequently. I would get what seemed to be a cold or a sinus infection that would lay me up for days... I couldn't eat, I couldn't sleep, my entire body felt like it was protesting against me. Then I started having these strange symptoms... tons of diarrhea, nausea, and a severe burning sensation on both my hands and feet. I remember not being able to touch the steering wheel when driving because I was in so much pain. Rory's sister had recently visited us and was diagnosed with hand, foot, and mouth (she works with children and had picked it up from one of them), so I assumed I'd just caught it from her. I also started losing a ton of weight, but figured it was due to dancing so much and not finding much time to eat substantial meals throughout the day. I remember specifically coming home from teaching dance one night to join Rory and his friend at a Mexican restaurant for dinner. We enjoyed a nice meal and I had a margarita or two (or three). Almost immediately after arriving home, I became SO SICK. I mean puking up my soul kind of sick (maybe I drank to much?). The next morning I woke up, Rory and his friend left for a camping trip. I felt AWFUL all day... felt like the worst hangover/migraine of my life. I couldn't force myself to eat. I remember attempting to lay down for a nap and feeling like there was an electric current running through my head and putting a very uncomfortable pressure on my skull. I also noticed red spots beginning to appear on my skin.

After a while, I began to think that there had to be more going on then just a gnarly hangover, so I got in my truck with the intention of driving to an Urgent Care. That's when it got really bizarre... I got in the truck, put on my seat belt, and couldn't remember what came next. I'd forgotten how to drive. At this point I'm really freaking out and I think I attempted to call Rory or my mom- it's not very clear to me how it all happened, but I know I eventually ended up taking an Uber to the Urgent Care. I remember the Uber driver being a very friendly man and trying to initiate casual conversation with me. I apologized and told him that my head hurt too much to talk, but I thanked him for the ride. When checking in at the Urgent Care, I was asked my personal information - my address, my social security number. I couldn't remember either one. While at the appointment, they ordered a full metabolic panel. The results indicated that I had little to no white blood cells at all and my blood sugars were very low. They reported back to me that I was "sick with a virus", "needed to get more sleep", and "needed to eat more". I made two more trips to Urgent Care with similar symptoms only to get the same test results and the same instructions.

Tired of the results I was receiving, I obtained a primary care physician and made an appointment for as soon as possible, which ended up being May 16, 2016- my parent's birthday. At this point I was tired of feeling like garbage and not getting any answers. I was beginning to think I was losing it. I was so ill and the medical professionals at Urgent Care had continuously told me nothing was wrong but a "little virus" and I needed to slow down and take better care of myself. My friends and family sympathized with me when I would share how I was feeling both physically and mentally, but they were confused too. I was called a hypochondriac once or twice and to be honest, I wasn't sure if they were wrong in suggesting it. I began to consider how I would be able to go on teaching so many dance classes, choreographing, performing, and just existing in general feeling the way that I did. I was at war with both my body and my mind and I was exhausted. Exhausted from feeling awful and exhausted from trying to convince others that something was really wrong. The days leading up to my appointment with the PCP were out of body experiences for me. I was checking things off of my to-do list, but I was so incredibly far from being present. I simply floated.

I'm ready to read the rest of this story! I'm new here so maybe I just can't find it?

Red40something commented on My Personal Journey to the COVID Vaccine

Red40something liked the aglm_blog My Personal Journey to the COVID Vaccine

Red40something commented on Healthy New Me

A Girl Like Me
Healthy New Me
Me & Covid 19 I found out...
My Personal Journey to the COVID Vaccine
When It's Rare You Don't Treat It Likes It's Regular...
NBHAAD: Black Family