Can I Breastfeed While Living With HIV? 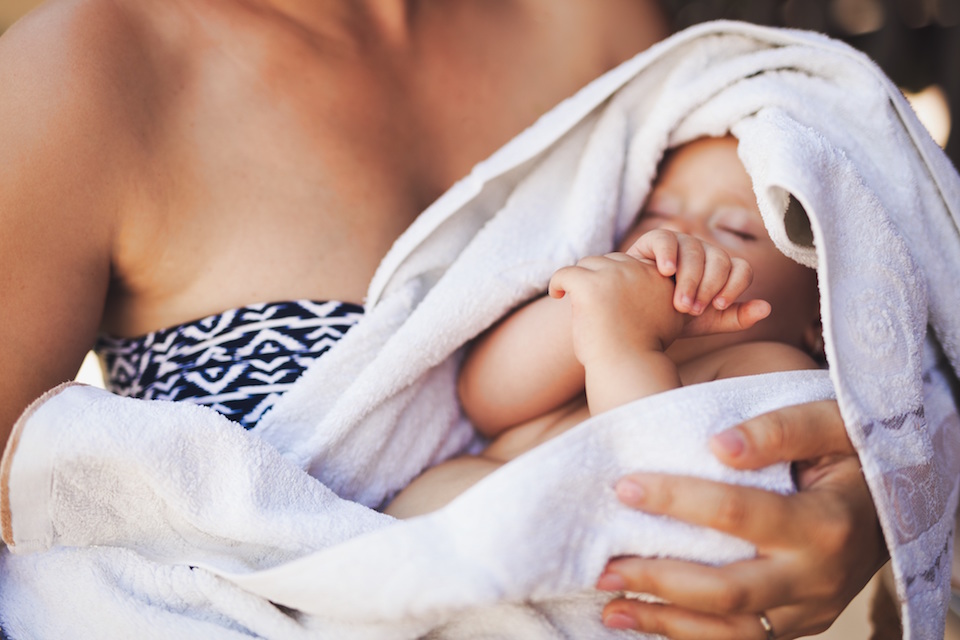 Breastfeeding and HIV Around the World

Choosing a method for feeding their babies is one of the most important decisions expectant and new parents make. This decision can be even more complicated when the birthing parent is living with HIV. The information available to mothers and other parents living with HIV can be confusing for those who may want to explore the option of breastfeeding (nursing, body feeding). The practice of feeding milk to a baby from another person's body is also sometimes called "chestfeeding" (a term that is inclusive of those who do not have breasts due to surgery or otherwise, or who may prefer language that is gender neutral).

Not breastfeeding may become a matter of unwanted disclosure of their HIV status if members of their community question why they are using formula.

If you are a woman living with HIV in an area of the world where access to resources such as clean water, refrigeration, and medical care is limited, the World Health Organization (WHO) recommends that you breastfeed if you are taking HIV drugs. A course of HIV drugs may also be recommended for the baby during breastfeeding. One reason for this recommendation is that in such settings (for instance, many areas of Africa or India), infants are more likely to develop diarrhea and other illnesses, and may die from these. Breast milk contains substances that protect and strengthen a child's immune system, even after they stop breastfeeding. Because of this, breast milk may help children to survive these health conditions. Furthermore, formula feeding may not be an option in these areas because of lack of money to buy it, clean water to mix it with (if the formula is powdered), or refrigeration to keep it fresh. Health authorities have determined that the benefits of breastfeeding outweigh the risk of HIV transmission in areas where resources are limited.

If you are a woman living with HIV in a resource-rich region of the world, such as the United States or Europe, you have likely been told not to breastfeed your babies. HIV treatment guidelines written by health organizations such as the US Department of Health and Human Services (DHHS), European AIDS Clinical Society (EACS), and the British HIV Association (BHIVA) currently recommend that women living with HIV avoid breastfeeding. Infant formula tends to be readily available and safe to prepare (though that is not always the case in these areas). The chance of a baby dying from illnesses for which breast milk can provide protection is much lower. Therefore, these guidelines are based on the belief that even the low risk of a baby getting HIV from breast milk is not justified when parents can access alternatives. For more information on this guidance, please see our fact sheet HIV Treatment Guidelines for Pregnant People and Their Infants.

There are many important reasons why parents living with HIV in resource-rich areas might consider breast/chestfeeding:

Furthermore, there are many health conditions in mothers and infants in the US and elsewhere that breastfeeding may provide protection against. This includes sudden infant death syndrome (SIDS), which causes death in more than 1,000 babies in the US each year (the cause of SIDS is unclear, but data show that breastfeeding can reduce risk). Black women and other women of color are disproportionately impacted by HIV. They also experience higher rates and worse outcomes from many of the causes of maternal and infant illness or death that breastfeeding may reduce. Therefore, some healthcare providers working on the issue of infant feeding and HIV believe that recommending against breastfeeding in resource-rich countries may actually increase health inequities among women living with HIV.

Recommending against breastfeeding in resource-rich countries may actually increase health inequities among women living with HIV.

HIV Transmission and Breastfeeding: What Do We Know (and Not Know)?

Breast milk also transfers the mother's antibodies to her baby. This can protect an infant against common illnesses and allergies.

A study among more than 2,000 women and their infants in Africa and India, called the PROMISE trial, compared results when either a breastfeeding mother or her infant took HIV drugs. In both parts of the study, HIV transmission rates to babies were found to be very low—less than 1 percent a year after birth. Two infants in this study did acquire HIV from their mothers, though there may be reason to believe the mothers did not have undetectable viral loads at the time of transmission.

Breast milk also transfers the mother's antibodies to her baby. This can protect an infant against common illnesses and allergies. Like other medications, the HIV drugs a woman takes are passed on to her baby through breast milk. Research in resource-limited areas shows that this transfer of a mother's antibodies and HIV drugs may protect her child from acquiring HIV. However, we do not know how much of the HIV drugs is passed on to breastfed infants, whether that amount changes during the time they are breastfeeding, or what long-term effects HIV drugs may have on the child.

Because HIV guidelines in most resource-rich countries recommend against breastfeeding, studies on breastfeeding and HIV have been limited in such countries. However, it is important to point out that in recent years, the DHHS, BHIVA, and EACS HIV treatment guidelines have all included updates that acknowledge the desire of some women living with HIV in resource-rich countries to breastfeed. While not a recommendation, these guidelines suggest ways for providers to support the health of women and other parents who make that choice, as well as the health of their babies. BHIVA's guidelines stress informed decision-making and support for parents considering breastfeeding. In the US, the perinatal HIV clinical guidelines take a similar approach. Advocates and clinicians are working to update the overall DHHS guidelines to reflect these principles.

Breastfeeding and HIV: You do not want to miss this informative discussion between two mothers fighting for the right to feed their children as they choose! In this episode of A Girl Like Me LIVE in honor of National Breastfeeding Awareness Month, host Ci Ci Covin talks with her friend and sister advocate Heather O'Connor of International Community of Women Living With HIV North America about their personal experiences and work around informed infant feeding decisions for parents with HIV.

View other episodes in the A Girl Like Me LIVE series​

What Factors Can Affect HIV Transmission Risk During Breastfeeding? 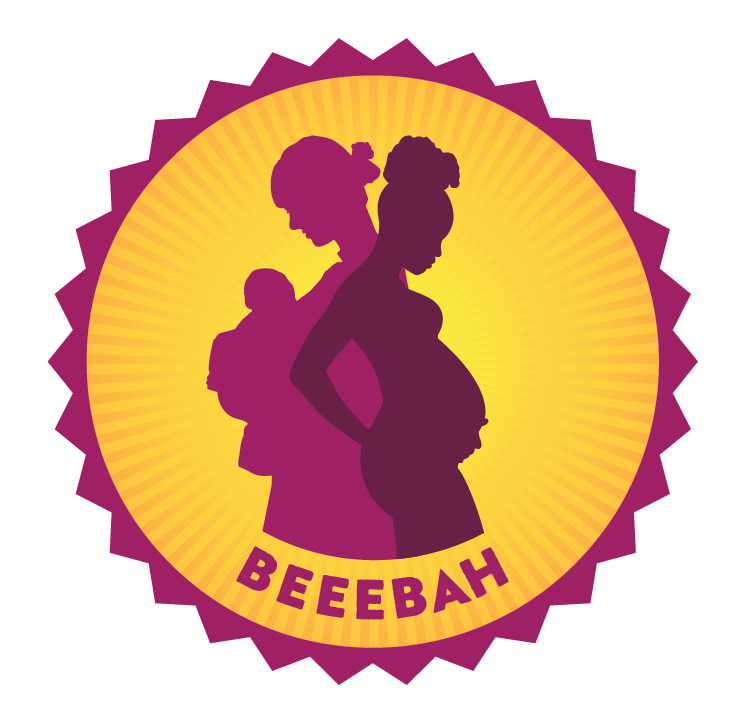 BEEEBAH (Building Equity, Ethics, and Education on Breastfeeding and HIV) is a comprehensive, multi-tiered three-year project expanding upon The Well Project’s efforts to increase knowledge and access to information around breast/chestfeeding and HIV.

Is U Equals U True for Breastfeeding?

The amount of HIV in a parent's breast milk can be different from the amount in their blood. We do not know whether that is also true if the parent's viral load has been undetectable for a while and they continue to take HIV drugs.

While the risk of HIV transmission through breastfeeding is extremely low when the parent’s viral load is undetectable, studies have not shown the level of risk to be zero as is the case with sexual transmission of HIV. While research into this issue continues, it is important for care providers and other community health professionals to help parents make informed choices based on the information we have today, and to provide support to those who choose to breastfeed their babies.

What Are the Benefits and Challenges of Breastfeeding?

The process of deciding how to feed your infant can be overwhelming for parents who are living with HIV. For those who wish to explore breast/chestfeeding, the information available can be confusing. If you choose to breast/chestfeed, it is important to take your HIV drugs, and keep up with healthcare visits and viral load testing, exactly as prescribed and recommended by your provider. It is also very important to find a support network, including a provider—and other allies—whom you trust, and who can be good sources for information without judgment.

Special thanks to Shannon Weber, MSW from HIVE and Lena Serghides, PhD from University of Toronto for their special consultation on the initial version of this fact sheet.