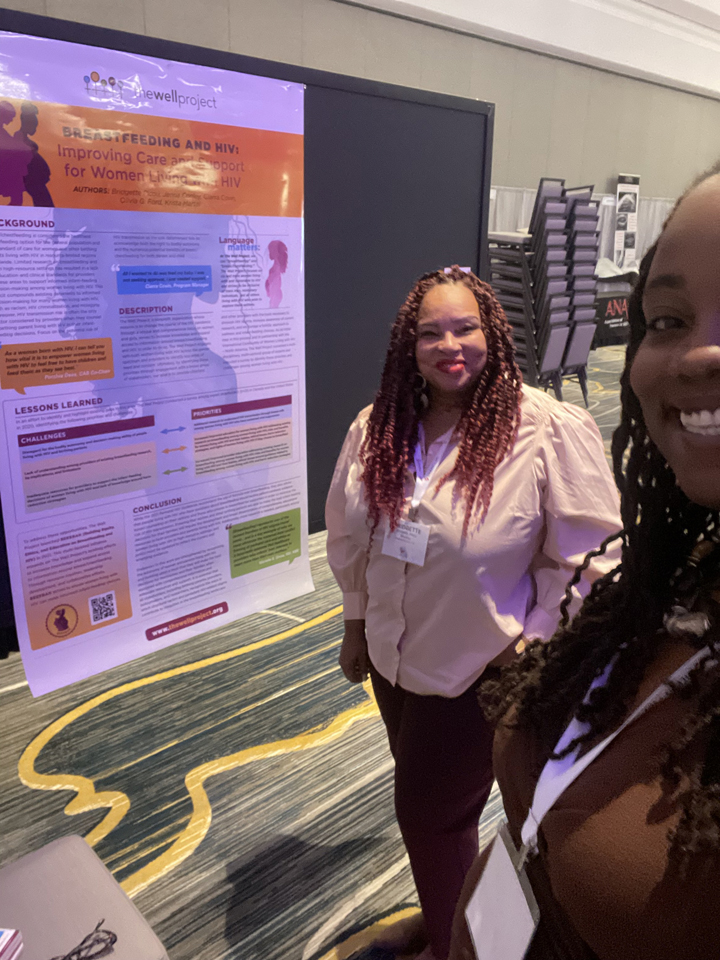 The Association of Nurses in AIDS Care (ANAC) conference was held in Tampa, FL in November of this year. The theme for 2022 was EQUITY, COMPASSION & SCIENCE - KEYS TO ENDING THE EPIDEMIC. Tampa was a controversial place to hold this meeting because of the political climate. ANAC has always been an organization that by nature supports the LGBTQ community, and Florida's current laws and efforts to restrict the healthcare rights of that community meant that there was going to be conflict. In the end, ANAC decided to hold the meeting as planned with the idea that showing up, showing support and having that be loud support was how to show solidarity for the community. A quote directly from the conference website -

"ANAC supports the LGBTQ+ community in Florida and around the world. We are troubled by the harmful anti-LGBTQ+ rhetoric and policy efforts throughout the country. While in Florida for ANAC2022, we will advocate, educate, and draw attention to the intersections of these efforts with stigma, human rights, health disparities and HIV. We will celebrate the amazing work being done in support of LGBTQ+ individuals and people with or at risk of HIV in Florida and across the globe."

All that being said, the ANAC conference tends to be one of my favorites. I'm probably biased as a member of the organization myself, but it's more than that. Living with HIV can have a lot of challenges. One of the biggest challenges is stigma. As a nurse I find it frustrating (and somewhat offensive) the amount of stigma we often deal with from the medical establishment itself, and so to be at a conference of HIV/AIDS care nurses, is refreshing. More than refreshing it is a reminder that there are good people fighting for the care and quality of life of people living with HIV. ANAC was actually founded at the height of the AIDS crisis to support the nurses who were caring for the patients who were sadly dying in record numbers at that time. It has roots in the fight and has been meeting the needs of nurses and other healthcare professionals in HIV/AIDS care, research, prevention, and policy since.

This year's meeting was even more special to me for several reasons. I mentioned being a member and am in fact the incoming president of my local chapter for 2022. My chapter, The Greater Palm Springs chapter, was chosen as Chapter of the Year for our contributions to HIV advocacy and education efforts over 2022. Additionally, I became certified this year as an AIDS care nurse. This certification was only recently extended to LVNs (licensed vocational nurse), and I was thrilled to take advantage to show my continued commitment to the work. The certification made me eligible for nomination for the Certified Nurse of the Year award, and I won! Aside from being incredibly exciting, it also was a proud moment for me as I learned that at one point, LVNs were not even allowed membership in ANAC. It was reserved for RNs and above, so to be able to represent my segment of nursing felt like coming full circle. I also got to spend time with Alison Moen, one of the nurses from the film "5B" about the first AIDS ward at San Francisco General. I met her last year at my first conference and was on the lookout for her. Her grace and kindness always feel like a recharge to my spirit.

The Well Project made a showing at ANAC as well. My colleague and friend, Ciarra "Ci Ci" Covin and I presented a poster on breast and chest feeding. My first poster in fact. I was gratified to see we were busy at our booth, and people had a lot of questions and wanted to engage in conversation about the topic. Our poster was entitled "Breastfeeding and HIV: Improving Care and Support for Women Living with HIV." This is a new topic for some, controversial for some, but a much-needed conversation. At what is a traditionally medical conference, with many members in academia and research, presenting information that is not data heavy, but that focused more on shared decision making, the emotional impacts of those decisions, and the need for more research in this particular area, was a pleasure and a welcome challenge for me.

Like most events like this there were other break out sessions and plenaries. There was a lot to choose from. Prevention, criminalization of HIV, talks about gender and gender-affirming care, aging with HIV and medication innovations. My favorite was the evening plenary on "Diversifying the Nursing Workforce through Intentional Anti-racism Actions" presented by Sheldon Fields, PhD, RN, CRNP, FNP-BC, AACRN, FAANP, FNAP, FAAN from Penn State University. I was drawn to the fact that he talked about being "anti-racist" as opposed to just "not racist" and there is a difference. The difference he says is an antiracist endorses the idea of racial equality. He raised points in his talk regarding the SODH- social determinants of health, the political determinants of health, in that a politically divided nation continues to drive factors such as unsafe neighborhoods, poor environmental conditions and lack of healthy food options, which further affect the dynamics of health. He pointed out that since nursing is one of the most trusted professions in the world year after year, nurse leaders have a responsibility to address structural racism, cultural racism, and identity discrimination within our profession, to help build structures and systems at the societal level that address these issues and promote health equity.

Being around nurses who support nurses, and support advancements for the care of people living with HIV is a feeling that's hard to describe. All conferences on HIV and AIDS are special. This one is special to me, because it's the field I am connected to both professionally and personally. I look forward to it every year, and I look forward to my growth in the year in between.

First I have to say how sad I

First I have to say how sad I was to not have been able to visit you but I am glad you enjoyed your time and a massive congratulations to you on your accomplishments, you are truly an inspiration and a women that cannot be stopped! With that said remember to rest, you give so much to so many, give to yourself equally! Love you sis AKA Certified Nurse of the Year!!! <3