My Story with HIV 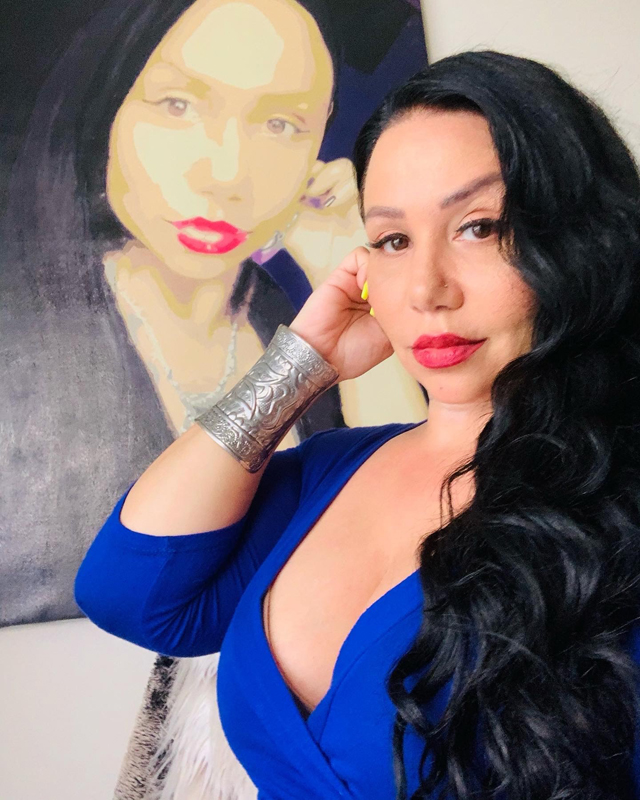 My name is Maria Mejia and this is my story with HIV!

I kept my HIV diagnosis a secret from almost everyone for nearly 20 years. Diagnosed at 18 in 1991 and contracted HIV at the age of 15 in 1988, I told family and friends I had leukemia.

I became an activist more than 20 years ago and became a tireless advocate for people living with HIV. I am a Global Ambassador and Community Advisory Board member for The Well Project, an international nonprofit for women and girls living with or affected by HIV. I am the founder of two international Facebook support groups in English and Spanish with more than forty thousand active members, an HIV counselor, motivational speaker, and co-author of From a Warrior's Passion and Pain, a real-life account of my battle with HIV and AIDS which is my diagnosis. I am co-chair of Women and Minorities Outreach of Dab the AIDS Bear Project, U=U ambassador and part of their national and international steering committee, and CDC ambassador. I sit on several boards, including Arianna's Center, Positive People’s Network, CANN in Washington DC, I'm co-founder of Latinx People’s Network and much more! I am a consultant and advisor for many organizations and anything related to HIV. I am part of SAG with the Sustain Team with Compass Initiative representing the State of Florida. I am a commissioner for IAPAC HIV Lancet representing community in the United States. I am now doing new work as a research assistant on human subjects and I am excited where this may take me and so much more!! It's never ending and I don't know how I do it all, including what I don't show and the countless hours behind the scenes trying to balance life and help the world. 🙏🏻

I was born in Medellin, Colombia where I kept my HIV diagnosis a secret for many many years, as I was told by my very conservative Catholic mother who did this to protect me! Breaking the silence two decades later, and my passion for human rights and HIV education, has helped me help hundreds of thousands of people, if not more, through this journey of living with this human condition.

I had enrolled in the Job Corps program in Louisville, KY, in an attempt to get my life together. I grew up being sexually molested as a child by an uncle, which was my first memory, and grew up in a very violent home with an abusive father (who has passed and I forgave). I ran away to the streets and was part of a very violent street gang. I was in foster care at one point. Job Corps tested us for everything, including HIV. I remember getting slips from the clinic asking me to come in. I ignored them. HIV never crossed my mind. When I did finally go, the doctor sat me down and blurted out, "You have AIDS." I felt numb. I saw my whole life pass in front of me, and I said to myself, "My life is over." I was given the option of AZT. I said, "I appreciate it, but no. I want to go home to die." It was a week after my 18th birthday.

My mom, who is very religious, didn't think I was going to die. However, she didn't want me to tell anyone. I only disclosed to sexual partners. That December, we moved back to Colombia, where there was no AZT, no support groups, and more stigma and ignorance than in the United States. I would get bits of information—Ryan White, Kim Bergalis, an occasional documentary about HIV with a tragic ending. As a young woman, I felt like I was dying. I was traumatized. I came back to the United States in 2000. I was fatigued. I had developed thrombocytopenia (low blood platelets), and my T-cell count was dangerously low, 39 T-cells, I started on medication right away.

In 2010, my ex-partner's sister was dying from brain cancer. I remember sitting in hospice with her praying the rosary. I asked myself, "Why, when a person says they have cancer, they get compassion, but when you say you have HIV, you get questioned?" I was tired of lying. This is a human condition. I wanted to show people that this can happen to anyone. So that's when I decided to use social media to reach all corners of the world. Up until then, I had done some speaking in small settings—prisons, churches, schools. I had taken an HIV education class, and the supervisor had encouraged me to become a peer educator. But I had never shared my diagnosis on a large scale.

The biggest thing is ignorance. Religion plays a big part too since HIV is something that is usually transmitted sexually. Sex is a taboo topic. The media are also to blame. I did an interview with Latino media one time, and they were like, 'You contracted HIV so you must be promiscuous.' I have been called an AIDS patient and other stigmatizing labels. When I go to schools, I still cannot say the word 'condom.' I have to preach abstinence. I also encounter teenagers who think HIV is no big deal. They say, 'Oh I don't care if I get it. I'm going to die from something.' Then some are completely ignorant: 'Can you contract HIV from sharing a glass?'

We need to humanize the condition, show our faces. The entire community, including religious leaders, also need to get educated and know that an undetectable viral load means HIV is untransmittable. That's one way we can stomp on stigma because people are no longer going to be afraid of those living with the virus. Hopefully, that will also empower people with HIV to disclose their status and adhere to treatment so they don't continue transmitting the virus to others.

I don't want anyone to go through what I went through. When I was diagnosed I would have wanted someone like me to say, 'I'm a long-term HIV survivor. As long as you do this, this, and this, you're going to be OK.' And that's really my mission and passion: to save lives, to prevent HIV infections, and to give hope to the hopeless. The road has not been easy. I'm a 33 year long-term survivor. I have PTSD, anxiety, and survivor's guilt. But life is what you make it. I could lay down and die or I could fight. I choose to fight! To survive and thrive - and I will continue to fight till the end.

This blog entry was adapted from an interview with the HIV research advocacy group amfAR.

Thank you for sharing

Religion plays a huge part in stigma in the black community as well. Its disheartning to see a group of people who are purported  to love others , but I belive the saying is true " people can only love you at the level to which they love themselves".

Continue to survive and

Continue to survive and thrive hermana! We never know where life experiences will take us. Thank you for sharing yours. What you do today is so impactful, never forget that!