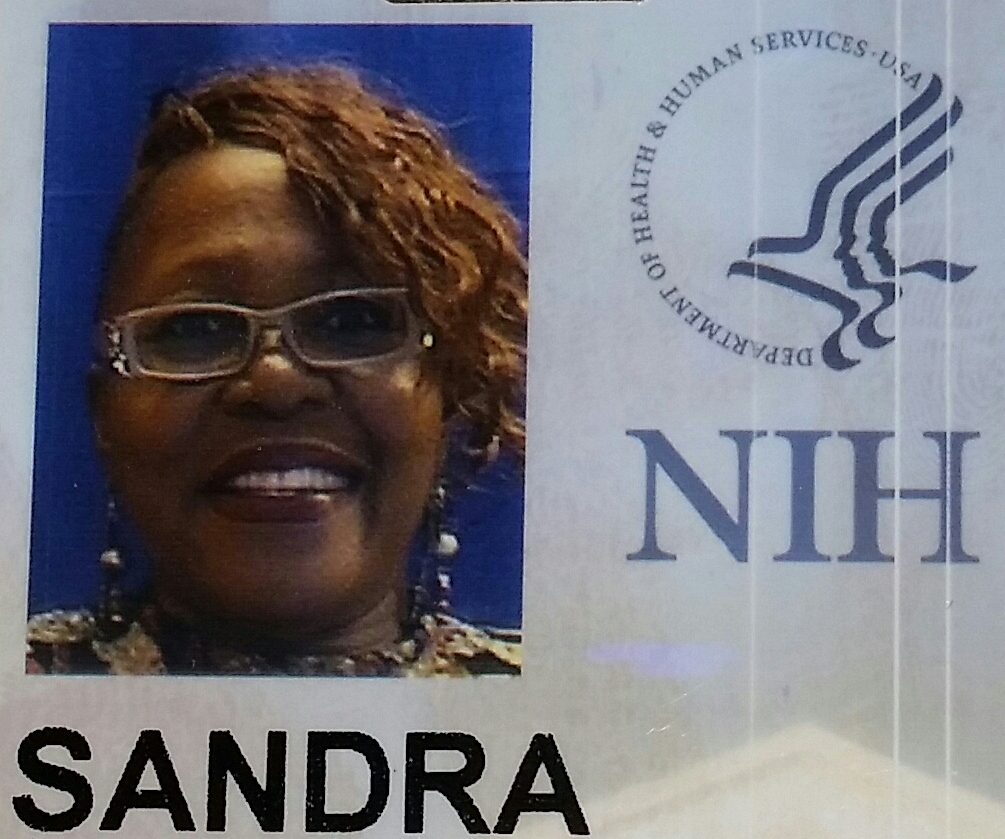 An ordinary woman, who has lived an extraordinary life. Now age 61.5... I am Humbled, Blessed and truly Grateful for All. My entire life, in retrospect has been one of uniqueness, never following the norm of anything. I've always known that God has placed me here for a purpose.

December 1989, I was diagnosed as being HIV positive. My husband and father of my only child had been hospitalized for aprox two months with complete uncertainty as to what was causing him age 35 to be so very ill. I was 33 and was baffled as to what had taken this former Golden Glove boxer to near death in such a short period of time. It was only six months after my diagnosis that my husband passed away, in May of 1990. I was left wondering how many more months do I have to live?

At the end of my husband's funeral, the mortician ended his service by saying these words... "Let us, go on with this business called 'living'!" Those words, ring in my head til this very day.

I choose to do just that... Go on Living. I lived in silence, as to the real cause of my husband's death. No one knew he had died of AIDS related conditions. All family and friends were told and believed he died of Renal Kidney failure. I did my best to prepare for my then eleven year old child's future. I knew, I too would be dead within months.

As I opened my eyes each day... I thanked God for my Life, literally. I lived each day, as though it were my last. Although I was healthy as an ox, death was inevitable. As time passed on, I became somewhat, in denial of my HIV positive status. Dismissing my reality and never consciously thinking about HIV. Two of my closest friends knew, but no one else. Never discussing my HIV, except with medical professionals only, maybe.

Often worked two or three jobs at a time and remained busy all the time. I also partied as hard as possible. I used drugs and alcohol as a mask of my inner thoughts and emotions. In the back of my mind... Life is short and mine was going to be even shorter. Living my life to the fullest and being a good person was what I looked forward to daily.

Early on in 1991, I got Bells Palsy. I knew this was a stroke or definitely a sign that I was deteriorating. I was retested for HIV and yes, I was still positive. Repeatedly, I was tested about every six months. Extremely high tcell counts... Never ever a viral load that could be counted, so therefore always a negative viral load. Never a need for any antivirals. No meds. I had results of excellence... Nothing HIV related.

During the years that followed my parents had both become more and more in need of my care. I being their only child did which came natural to me. I took care of my parents every need above and beyond all expectations. By the good graces of God, I was able to care for them with love compassion dignity and respect till they departed. My parents really took my mind off of my life.

It was 1999, when I started learning about the Internet and the cyber world which fascinated me. I eagerly joined chat rooms on Yahoo and Aol for places to connect with other people living with HIV/AIDS (anonymously of course). I thought, I might even find a new male companion. Most people were cool, real and welcoming. And then there were those others...not many but enough to make me feel, once again, different. I never hide my details if asked. Although, quickly I learned not to share the specifics of my experiences with HIV or lack thereof unless private. I recall being chastised verbally abused and made to feel horrible for not being sick. I was a liar a fake a weirdo etc. Stigma amongst my community peers of HIV/AIDS infected people. After a few beatdowns, I learned my lesson, to keep my story to myself. Feeling isolated and diseased but not diseased enough to be a fellow sufferer. Odd one out once again.

My Grandson was born. As an eye witness to his birth, I felt something inside that made me realize, I am still here, to see him born! That was my blessing! When Oprah began her AIDS Awareness campaign, I reflected on my life as a whole and thought it was time to end my silence. I'd been alive and healthy for the past ten years. I wrote to Oprah's producers in tears exposing myself as a Survivor and in ten years a non-progressor. I was offering my body to science. I used my real name and sent $100.00 I did not have to help the cause. I received a Thank you for the money but never another word from her team. So, I tried.

2002 my GYN, knowing my Stats for years recommended I see a fellow colleague of his who was an infectious disease doctor. She was very interested in meeting me. Dr. Louise Murray-Buckhardt was a godsend to me. This doctor was truly amazed by my history of living with HIV. I was chosen to represent the clinic to become a CAB member. I was invited to and attended the Ryan White Cares conference in Washington DC in 2002. An experience of a Life time. More information than I could possibly absorb. Priceless. In the three days I was there, I attended as many 30 to 60 minute sessions as I possibly could. I met doctors from all over the world, educators, nurses, medical researchers etc... An experience I'll never forget.

The one session that really stuck with me most was the one on Stigma. As I listened intently to the men and women from all over the country speak, I learned that one of the most harmful things through the HIV/AIDS experience is Stigma. When someone learns that a person has Cancer their reaction is of sadness and compassion. Yet often, the reaction is totally different with HIV/AIDS. This is where a greater support and compassion is urgently needed. Stigma and discrimination is a major barrier to effectiveness of not furthering the spread of HIV.

Today, I am in Great Health and very happy and Blessed to be alive! In recent years I've attended numerous seminars and support groups learning more and more. I've learned that I am an HIV Elite Controller. I've learned that my life and health can help others to Live. I am currently involved in two clinical research trials at The National Institute of Health. I've been told that due to the genetics in my body and the way I have controlled HIV,  that I am now in a 1% category of the HIV community! My now senior healthy life now has purpose. Scientists believe that people like me hold the key to find a cure and End AIDS once and for all.

I feel like a grain of sand on the ocean's floor, yet very humbled to be a part of something so much greater than I.

My attitude is of gratitude, for this life I have been given. The more I can share gives my life meaningful purpose.

It is my daily mission to help inspire and motivate others to be kind, compassionate and above All Hopeful.

That is so amazing that you  are an elite controller! I'm so grateful that you are participating in studies! I agree, people like you could hold the key and I'm grateful to those who take part in studies, giving your time and self! Hugs!

Thank you so much Katie06 for

Thank you so much Katie06 for understanding.  At this point, in my life, I am compled to do All that I can to Help!  I try to offer encouragement and compassion with all that I say and do.  Those know me would say ... I Dare to be True!

Often blunt raw unpolished but with a sence of humor usually.  My Ultimate Passion is to make a Positive Difference in my Life and the Lives of Others!

This is very inspirational and nice.

am new to this group and its

am new to this group and its amaisingly nice....

I am new myself!  And I am Very Happy to be a part of this Amazing group of Women!  I feel that we can encourage motivate and inspire each other to be the Best we can be.

thank you so much