When I was born April of 1985, there was no test, no way of treating it and very little information about what it was. All they knew was that HIV was a murderer.

And not even a silent one.

It tore down front doors, marched into America's living rooms and began to snatch its unsuspecting victims from the arms of their loved ones.

I can remember the taste of the tears that I swallowed at countless funerals as caskets shut on kids that I called my friends.

When I found out that HIV chose me I was 7 years old. The stigma associated with it led me to always give the short version of how I found myself here.

I was born with it.

The truth is around the age of 4 I lost my virginity to a person who may have been HIV positive.

The mystery of where my HIV came from would be solved if my bio dad would answer my questions about his own HIV status but I won’t hold my breath on that one.

I grew up knowing that it was impossible for me to have a child. I failed to plan for my future because I honestly couldn't imagine one.

Now HIV is in the same class as diabetes; chronic but no longer terminal.

Medication has brought the threat down tremendously. We know where it comes from and how to prevent it.

I can now look forward and see myself as an old woman enjoying the taste of coffee and spilling the tea with my homegirl on her front porch.

I grew up waiting to die and now I’m learning to live.

The way I contracted HIV is no longer important.

I have the chance to create the kind of childhood I wish I had.

I planned on having a child and to my surprise I found a willing partner.

If I knew then what I know now, I would have waited for one who was in it for the long haul and not just the act of conception.

I could feel my skin growing thicker each time someone called me stupid or questioned me on how I could possibly risk giving birth and passing HIV to an innocent baby.

People asked all the time: who would risk their life and have unprotected sex with me? Does he know you're HIV positive? You're not going to get an abortion? Who's going to raise your baby when you die?

Today we know all about U=U and that my undetectable status is as good as a cure, but in 2014 I just knew that the receptive partner was most at risk of transmission. He didn't have to be receptive to get me pregnant so he was pretty much safe. I blocked out the negative comments and chose to focus on the important things.

Am I having a son or a daughter? What colors did I want to use to decorate my baby shower? What kind of stroller did I want? What would I name him or her?

I prayed for a girl. I dreamed of a girl. The ultrasound confirmed I was having a girl. She would be the remixed version of myself, so I scrambled the letters of my own name and created the most beautiful name I could imagine. Nae'Lyn. 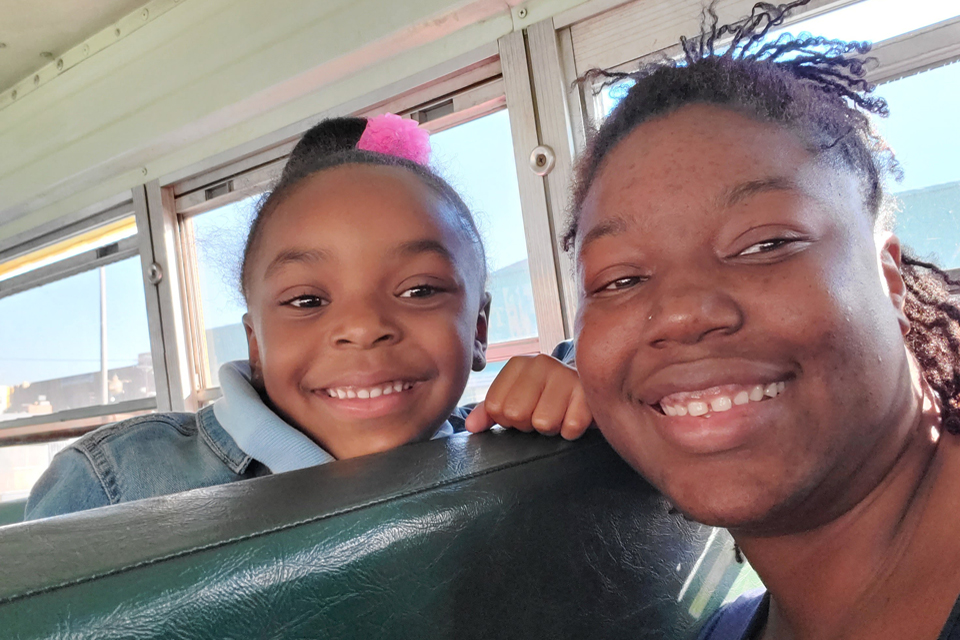 I am moved by your story as I am by all of our stories of overcoming. Well done sista. Well done. <3

HEROconnor commented on I'm in a beautiful place.