I practice getting in my own way like it's an artform. Sometimes, when things seem to be going really smoothly, I experience this sense of uneasiness like I'm waiting for the next trauma to unravel in front of me like a red carpet. This is sort of how I lived my life following my diagnosis and Rory's absence of one (thank god, again); except instead of waiting for these traumas to present themselves, I was intentionally enabling them to happen. I've always considered myself to be driven in purpose by passion. If I feel something intensely, which I most always do, I act upon that feeling. It's exhausting. I remember presenting a self-reflection exercise in college where I collaged dismantled pieces of my body onto a photograph of trees. I think I went on about missing the energizing flow of nature and feeling unwhole in the city without it, among other things. My teacher placed her hand on my shoulder after my presentation and whispered, "It must be hard, huh? You know, feeling everything so deeply?" I just nodded my head and gave her a half-smile while thinking to myself, "Yeah, it really fucking sucks…" I always thought this was a quirk about me… a characteristic I might outgrow later in life. Well, turns out you don't outgrow bipolar disorder. I wouldn't get this diagnosis until years down the road, but let's just say the symptoms of the disorder were overwhelmingly present.

Rory and I were scheduled to take a trip to California for his friend's wedding following my diagnosis. I'd been really excited about this because I'd never been to many places before and I'd always seen myself living somewhere like California. This was something I felt passionate about without having any idea what California was like. I just felt it, you know? I "just felt" a lot of things. Anyway, the day we were set to leave on the plane, I'd felt prepared and excited. It felt a little foreign to be excited about something… or anything, really, following my diagnosis. My pattern of behavior ranged from sitting motionless while staring into nothingness to hysterically crying while hitting and throwing things. I distinctly remember getting out of the car on the days following my diagnosis, having an armful of something (groceries, maybe?), and tripping up the curb. Tripping pissed me off so much that I threw whatever was in my hands to the ground, fell to my knees, and began to weep. This was all in the middle of the VCU campus… a highly populated area. I think I made people feel afraid to ask me if I was okay, which was fine by me because the last thing I wanted to do was strike up a conversation with a stranger. If I did, I'd probably just overshare and let them know that I was recently diagnosed with HIV and felt like I was slowly dying inside. This day though, the day we were going to California, the muscles in my face arranged into this strange formation that I think might've been a smile, and it felt a little natural.

I remember periods of time where existing felt peaceful. I had a nice dress I was going to wear to the wedding and Rory was a groomsman. He'd picked up his outfit a few days prior and I was sure he'd look handsome… I was going to do his hair for him. We sat on the plane holding hands and getting ready to take off and it was then that I remembered that I didn't deserve Rory anymore, so I brought up the idea of him leaving me. "You can leave, you know? I don't expect you to be with me. I understand you going… you should go. I don't think we can be together anymore. I think we should break up…" I said things similar to this multiple times throughout our trip. Anytime there was space to insert my reasoning - that we shouldn't be together - I forced it with all my might into that space, no matter how small, as often as I possibly could. I must have been miserable to be around. Good, I thought. Maybe he'll leave.

The day of the wedding was unexpectedly hot, but so beautiful. There's something about witnessing two human beings pledge their lives to each other that makes you feel like you can do anything, like anything's possible. As these feelings flowed through me, they were immediately tainted with gut-wrenching feelings of hopelessness and despair. That life isn't one that is for me anymore, I thought. Not now. In some ways I viewed myself as defective merchandise. The idea of me might be nice, but I come along with a diagnosis that can't be undone and mental instability that no one wants to be responsible for. Anytime I got the fleeting feeling that I wanted to jump off a bridge, I called my mom and just cried. She cried with me. We just sat on the phone, saying nothing, choking on tears. I put a lot on my mother after my diagnosis by asking her to carry my sadness with me. I wish I could take that back and find better ways to cope, but that's what happened.

After the wedding, people sat around drinking, eating, and making toasts to the newly wedded couple. When it came time to dance, I felt as if I was being weighed down onto my chair and unable to stand. Rory motioned for me to join him on the dancefloor and I didn't move. I sat and drank my drink and stared at all the people at the wedding that I assumed were not living with HIV. I considered how just a few days earlier, that was me. HIV wasn't a worry for me… I was just Heather. Well, now Rory was asking "Heather with HIV" to dance and she had no interest in the sort and would rather sit in her chair watching others and get progressively more drunk as the night went on. Rory sat next to me. I don't know what he said to me, but it had something to do with wasting my time on being sad. There was an opportunity presented to me - an opportunity to dance - and I was passing it up and succumbing to my sadness. "Ugh, fine," I thought. I'll dance. I remember dancing, but not as myself. I was outside of my body again and it wasn't due to the alcohol. I saw Rory in a very clear way when dancing with him that made me realize that the Heather he was seeing in that moment was the Heather he saw before my diagnosis and even now, after my diagnosis. Then I began considering - could I still be that person? Could "Heather with HIV" still be just "Heather"? I stopped thinking and allowed the movement to take me. I smiled and I laughed and I forgot about the disease coursing in my blood, even just for a few hours; and damn, it felt good. It felt really, really good. 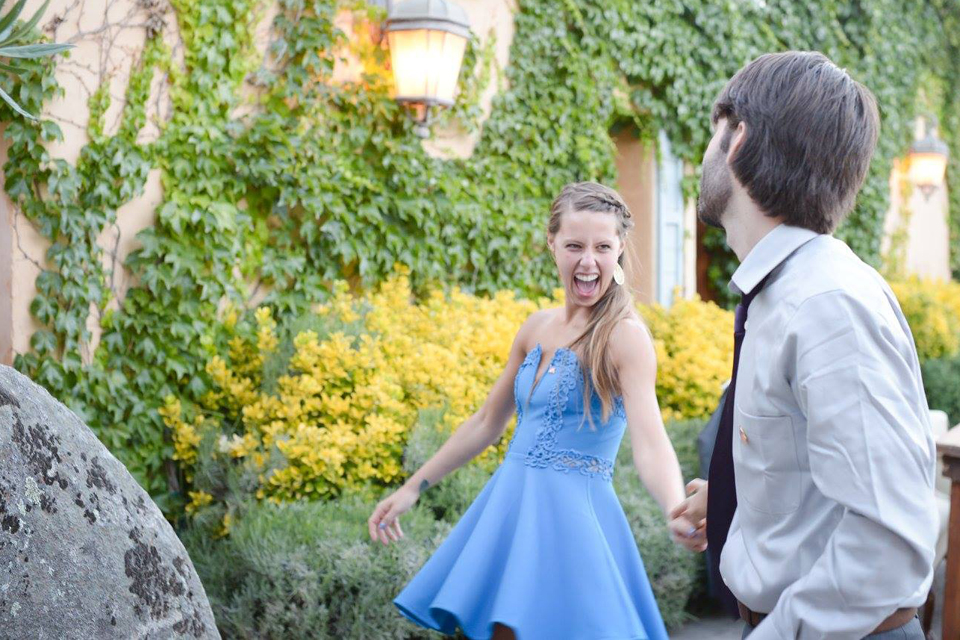 Could "Heather with HIV" still be just "Heather"?

I felt this. I don't think I have worded it that way in my head, but the thought has been there. Thank you for sharing! <3

I definitely think my language around HIV has changed so much from when I was diagnosed. Negative self-talk was so real in the beginning (and sometimes now).

You are such an inspiration!