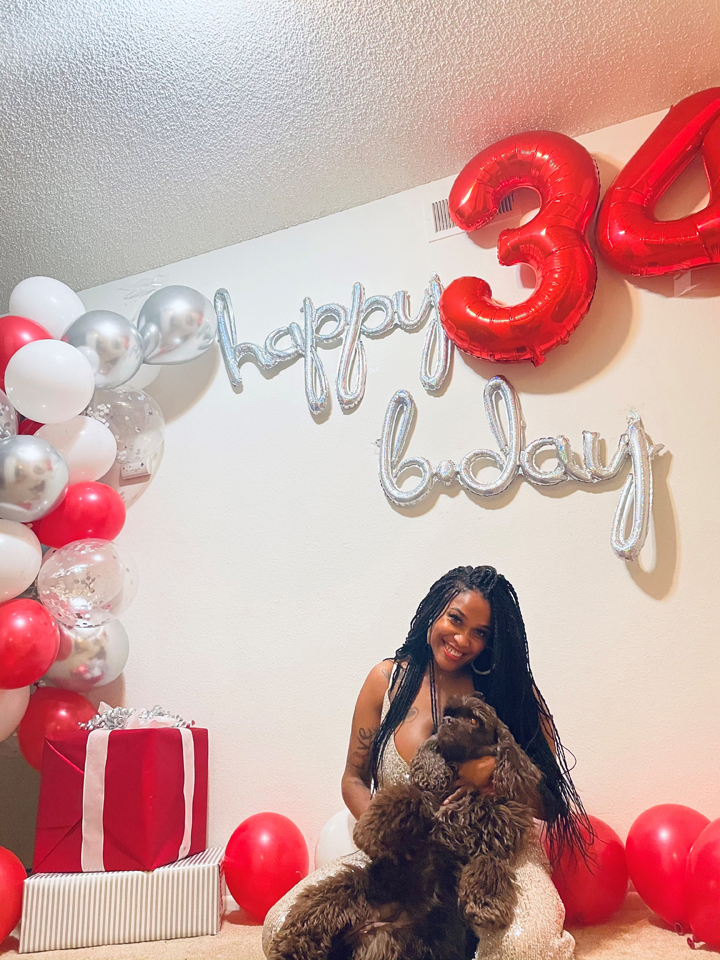 I saw a meme that read, "When a photographer can't change a scene, he changes his angles and lens to capture the best of that scene. Similarly, when you can't change a situation in your life, change your perspective to make the best of that situation." This meme sets the tone for what I am about to attempt to do in this blog with the way we as a society regard HIV, and people living with HIV. As everyone who already follows me knows, my perspective on contracting the virus is really different from someone who may not have been living with it for their entire lives. Being that I don't know a life without HIV, my perspective may be a bit unorthodox.

I often hear people refer back to the day they seroconverted as this devasting, painful, ugly, scary, end of the world, shameful, life changing moment in their lives. However, for me it was the day I was born. They often celebrate their HIV anniversary, if the trauma of that experience wasnt too much for them to remember it, as a milestone to how far they have come since that traumatic experience. My HIV anniversary was by birthdate, and it wasn't a negative experience at all. Although, my family probably made it out to be and I would assume shamed my mom for her actions that led up to me being born with HIV. I often hope that through all that shame I was my mom's greatest blessing, and the reason she fought so hard to make a change later in her life. I, on the other hand, was just a baby, and innocently naive to how the world viewed my experience. What if living with HIV wasn't viewed as such a negative thing? My mother wouldn't have been shamed for having me, and I wouldn't sometimes still feel ashamed for just existing with it today.

Since I have started blogging, I have gained quite a few followers who have reached out to me and expressed that my blogs have inspired them. I don't usually meet up with my followers in person, but I went out on a limb and met up with this man for a dinner date who disclosed to me that he too was living with HIV. Unlike me, he wasn't public with his status like I am, but expressed that he hoped to one day build the courage to share his story. We went to lunch and we talked for hours. We sat and unpacked his whole life story together, and I shared more of mine with him. I think it's safe to say that our conversation served as sort of a relief from the fact that he didn't have to hide his status anymore. That he could feel free to finally talk about it, and let everything out without fear of judgement or shame. What was interesting to me was that he kept referring to our HIV status as the "GIFT". He kept saying the day I received the "GIFT". It was funny to me, because I had never heard anyone refer to HIV in that manner before. 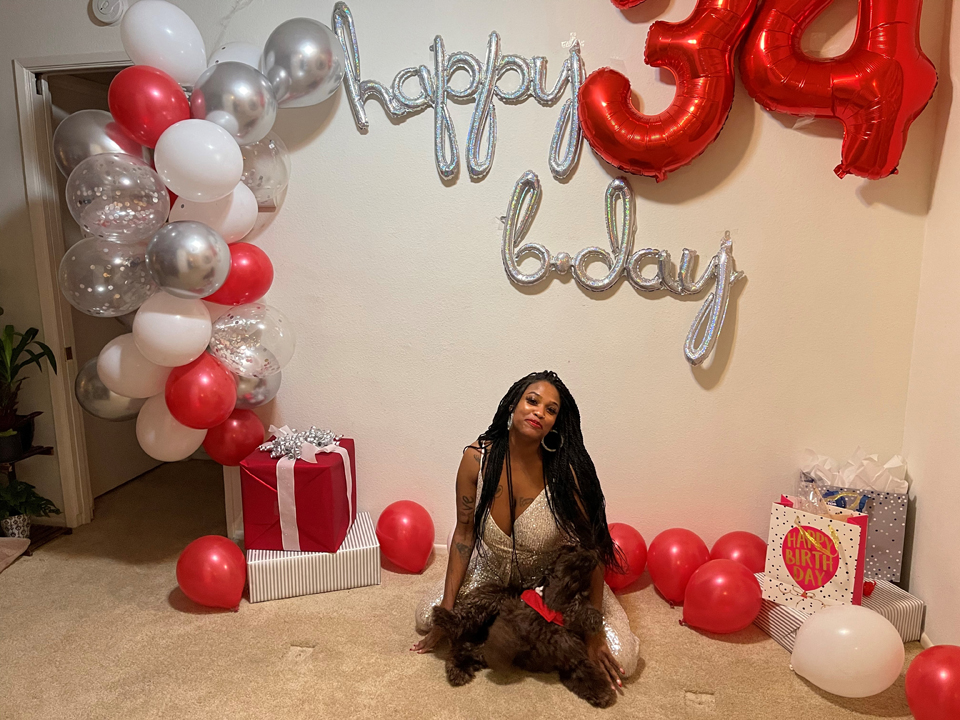 The way we refer to things is very important. Let's unpack this for a moment. The way that we view ourselves/each other is very much informed by the stories that we were told about ourselves/each other growing up. As a person who has been living with HIV since I was born, we come into a world where the stories that we were taught about ourselves are not very well informed, or inclusive enough. I grew up in a society where the stories we are taught about sex, sexuality, marriage, religion, drug addicts, polygamy, STDs, race, and everything that drives the spread of HIV is from a very negative approach. In order to survive and not continue to self-destruct in my adolescent years, I had to step off of that path of the story that was laid out for me, unlearn and relearn, and rewrite my own. It came to a point where I could no longer remain silent about the reality of my existence anymore. Speaking out and sharing my story is how I took my power back. Sitting across from that table and listening to this complete stranger talk about his story with so much relief, as if a huge weight was being lifted off his shoulders made me realize once again that I wasn't only speaking out for myself, but that I was speaking for millions of people around the world who probably don't feel comfortable talking about their POZitive status on a a daily basis, or what's even worse, at all.

Stories are so very important, because they are how we know each other. Being that I had so very few stories like mine to refer to, and what little information I did have was so negative, and extremely stigmatizing, I had to write myself into existence and create my own blueprint. In a quote by Brene Brown, it says, "I am here for my purpose. I am not here to make people comfortable or to be liked. My purpose is to know and experience love. This means excavating the unsaid. In the world and in me." There was no way I would be able to experience love for self, let alone true love from anyone else, without breaking away from the opinions that society seemed to think about my experience. I would be lying if I said that I no longer care about what people think about me, that I don't sometimes feel shame, or feel scared to speak out about my status. The difference from being public and remaining silent is that I now feel my existence is speaking for itself. I continue to push through that fear, because I am finally aware of how important it is for me to say what everyone else is afraid to say. My existence in the public realm, is not only speaking for me, it represents a group of people much greater than me.

So, fuck it, I'll say it! Here's some radical thoughts that float around in my brain: What if they lied to us? What if this internalized stigma and fear that we feel is all in our heads? What if contracting HIV didn't mean that your life was over? What if you're not going to die? What if living with HIV isn't as bad as people make it out be? What if there are other things that people are going through in this world that are far worse than HIV? What if you can live a normal life with HIV (whatever a normal life may mean)? What if you can still have sex with HIV? What if you can still have babies and have HIV? What if it is not always the responsibility of the person with HIV to disclose? What if people are automatically supposed to just ask and have sexual health conversations before sex? What if people should go get tested together or share STD results before having sex with each other? What if someone with HIV is not infectious? What if some people living with HIV are called nonprogressors, meaning they can remain undetectable even without treatment? What if more people with HIV survive rather than die? What if people were surviving with HIV even back in the 80's when treatment wasn't available and too toxic to take? What if contracting HIV is not the tragic experience that one may believe it to be? What if there are far more tragic experiences in the world aside from HIV? What if in some weird, crazy way it was a gift? A gift that is going to cause you to look at life, and the way the world operates differently. A gift that is going to make you change your life around and force you to take better care of SELF. A gift that is going make feel a profound and deeper connection to the world around you. A gift that is going to connect you to a different set of opportunities, and people who are trying to make a difference in the world. What if you can have HIV and still have Good Dick/Pussy? Haha... Did I take it too far? Lol. I'll stop right there with the questions, because I digress...haha. 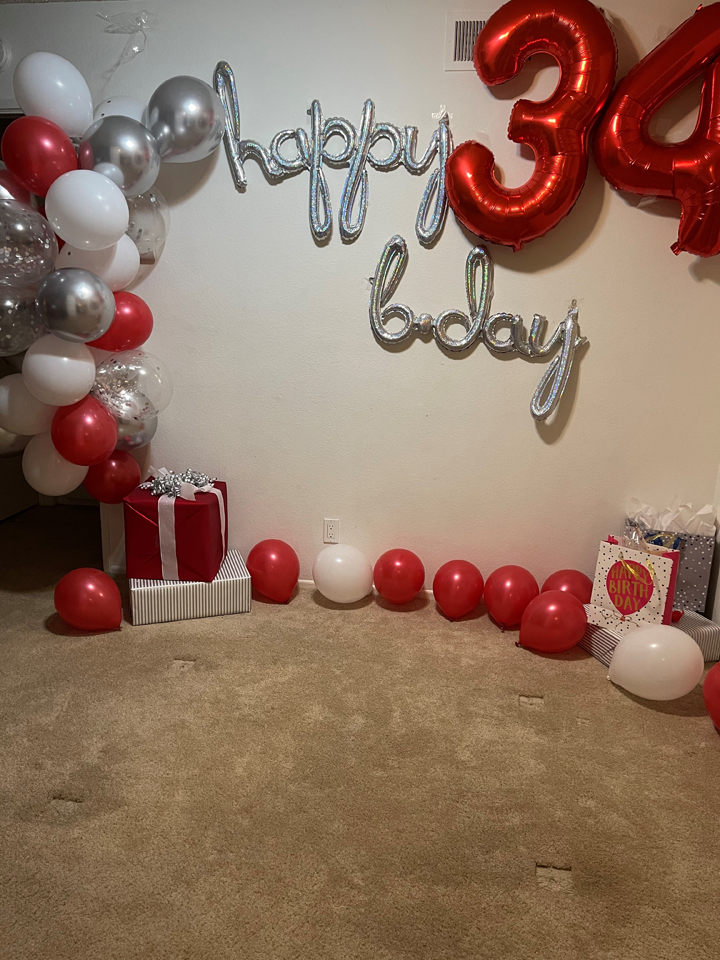 Long Story Short: that was the first and last time I saw that man and I promise up until that point I never met someone who looked at me the way he did. It felt weird. His last words to me that evening were that he didn't have all the answers, and that he wasn't perfect. FYI, he was in a relationship with someone already and didn't want to play with my head so that was our first and last date. He kept emphasizing to me how he didn't know me from Sam, but how much sitting there at that table being able to completely open up and let me in to the depths of his soul meant so much to him. He literally made me feel like I was a celebrity, so much so to the point that I kept saying, "I'm not a celebrity, haha, I don't have that many followers". His response to me was that I just didn't know how special I was and that I didn't recognize my own power!

I didn't acquire "The Gift" later on in life like everyone else. Let me just acknowledge what this man saw in me, that before our conversation I didn't see in myself. In his eyes I was a GIFT to this crazy world as soon as I entered into it. December 5, 2020 was P Day, and marks 34 years strong for me. I have officially been living 29 years past my life expectancy. I will constantly repeat this, statistically I wasn't supposed to live to be 5 (Said Science At The Time), but all glory be to GOD. He really doesn't play about me. Try me! At times this mission gets real heavy, real confusing, and I get mad exhausted.

However, it be the people like him in my inbox that keep me going. I have so many people from all over that really and truly fuck with me heavy, love me, cherish me, look up to me, crush on me, idolize me, etc. just off the STRENGTH of my story and I can't let them down. I gotta keep going. If you are reading this out there, THANK YOU SO MUCH FOR THAT CONVERSATION AND I HOPE TO SEE YOU TAKE YOUR POWER BACK IN THE NEAR FUTURE TOO. I TOLD YOU I WOULD BLOG ABOUT IT. 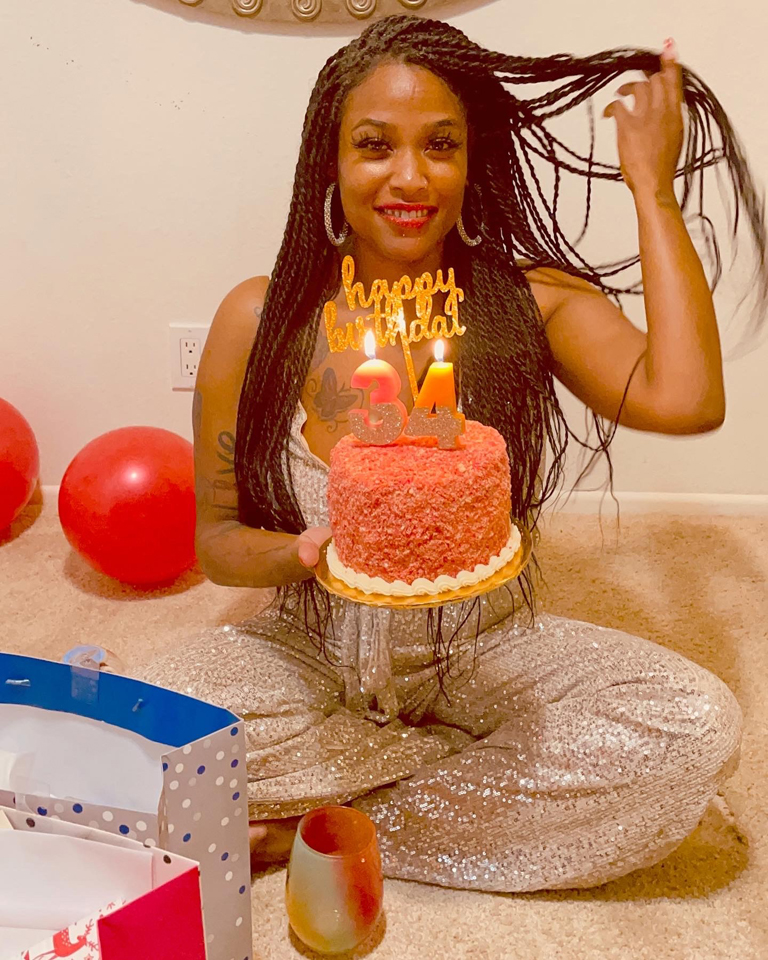 You betta say that!

Yes indeed you are the Gift, my dearest you are the Ebunoluwa of this world.
I am proud to say this my darling your strength and courage has inspired me.
Because I remember working with kids who are born with HIV back in the early 2005, and today most of them are adults and there are still many kids in Africa born with the virus, who need to hear your story of courage and strength to be able to fight self imposed stigma.
Thank you so much.