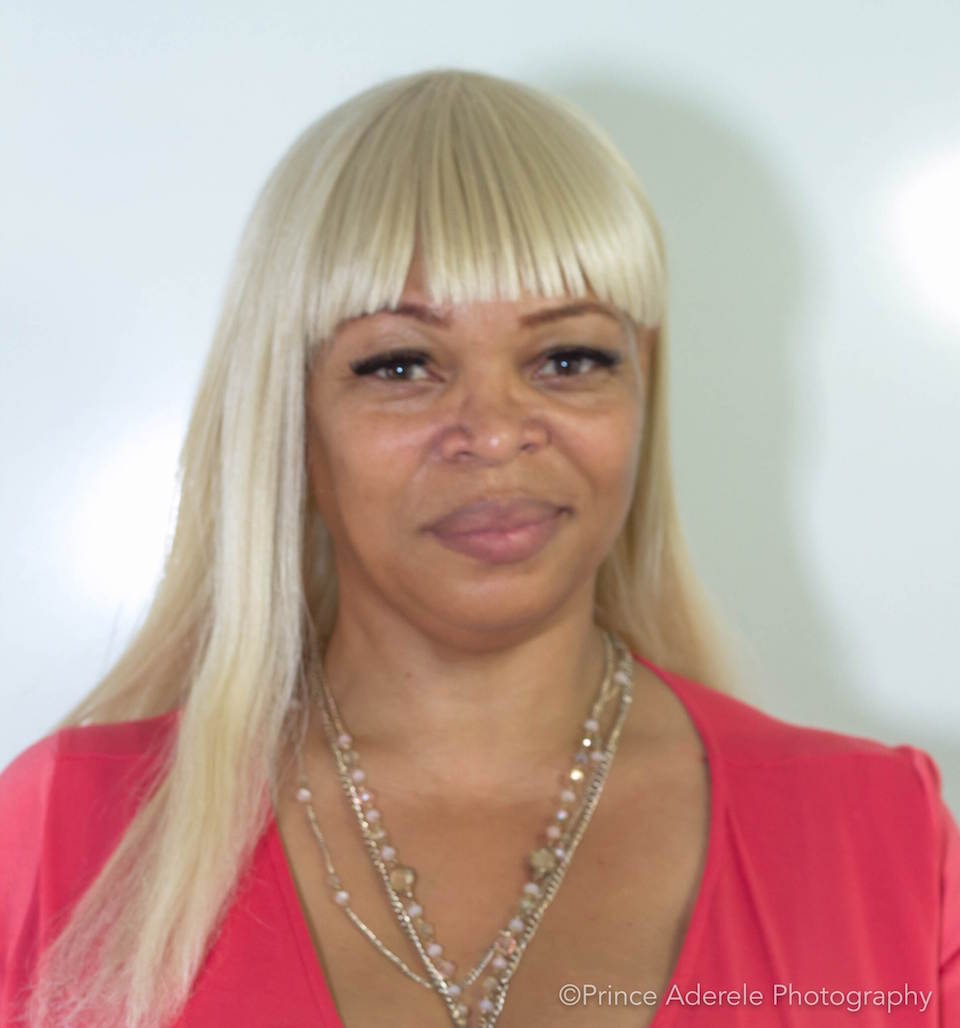 I'm a 17 year advocate. I'm a 47 year old separated mother of 3. I contracted HIV from an ex-boyfriend who was separated from his baby mother; they both were positive and I didn't know about his status. I was separated from my son’s father and that is how we met. Two lonely people, one with a secret and the other found out later. We were together for 3 months and we both went back to our true loves.

I was diagnosed in October of 2000. I was devastated. I thought I was going to die, so for 2 years I got my affairs in order and waited to die. 2 years passed and I saw that I was still alive so I decided to live the best life I can for whatever amount of time I have left.

Me and my son’s father got together and when I became pregnant with Kobe, my 14 year old son, we became homeless and went to a shelter in my 5th month. Me, my son Bryan, my daughter Brittany, and Kobe's father went together. I had my son Kobe in December 2002 and he is diagnosed free. Amen.

I decided to learn and educate myself more about my condition. I decided that if I was going to have any chance of being able to cope that I needed to find others like myself to learn from. To my surprise they were many and even people who have had it for 15 to 20 years and maintaining. These would be my role models and the people I needed to be around and learn their secrets. The more I learned, the better I saw my chances of living a full life.

I met people who traveled with GlaxoSmithKline for an annual HIV Summer Summit and I got involved. I decided that I needed to do something for the people who would find themselves in my predicament to help them to not waste time waiting to die. I started S.I.S.T.A.H.S. Today, Inc. in 2006, a nonprofit organization to support minority women. "Serving Individuals Surviving Through AIDS and HIV Services". I wanted to be a support for women like myself, but unfortunately there weren't any women like myself. There were women who were positive, but there weren't any women who wanted to go to anything that was about HIV and AIDS. Hell, they barely wanted to go to the doctor and even less wanted to go to their case management agencies. I planned weekly meetings at my home with dinner and children were welcome, but no luck. Stigma was a Bitch. So my wanting to help people was put on hold with my organization. You can't help people who don't want your help was my first slap in the face.

I found out about NACA and applied for the scholarship and got it. This was a retreat to go to and be with other people who were open to lean and be around others who were diagnosed. I was in heaven for 3 years. I also took a training with Women, Children and Families that taught us information to bring back to our community and train people. I loved it. I went to the homeless shelters, community centers and Carrfour Supportive Housing to do my Eat and Learn events. In 2010 I was offered a peer educator position for one of the local ASOs and I loved it. I was able to help women and men with transportation to doctors appointments and Social Security appointments and appointments with the agency. I even had the opportunity to go to a SISTA training and a training opportunity for WILLOW. Both were women geared. Working at the agency I met the editor of a local community newspaper and was able to write a weekly column for women called "One Woman Point of View". I wrote about HIV and AIDS as well as women's issues. I loved doing it for as long as it lasted. Today I run a nonprofit food pantry called Stop Hunger Inc. here in Miami. I'm still an advocate and I'm ready to restart my ASO again.

Why Alecia wants to be part of A Girl Like Me: It is important for me to blog for A Girl Like Me so that I can relate to women like me in my age group and be a source of life for the women who may be in need of soul rejuvenating. I'm here to serve.

Alecia! So happy to have you

Alecia! So happy to have you join our family! I know you will have big impact in your sharing experiences on A Girl Like Me! We welcome you with full arms! <3

Thank You so much beautiful, a pleasure to be amongst my tribe.

Welcome to A Girl Like Me. I look froward to reading more.
Angel S.

Welcome to A Girl Like Me. I look froward to reading more.
Angel S.

it was great reading your blog. I joined this site looking for women such as yourself to talk to. When I read that you said that you started meetings at your house....I was like "why can't I find something like that in my community"? That is exactly what Im looking for. Some place togoand talkwith women that would understand what i am going through. In Oct. it will be 20 yrs for me. thank God. And I'm down to 2 pills a day. I see that you are in Miami, if you ever decide to start the group again,please lrt me know. I am in Ft.lauderdale. I look forward to reading you blogs.:)