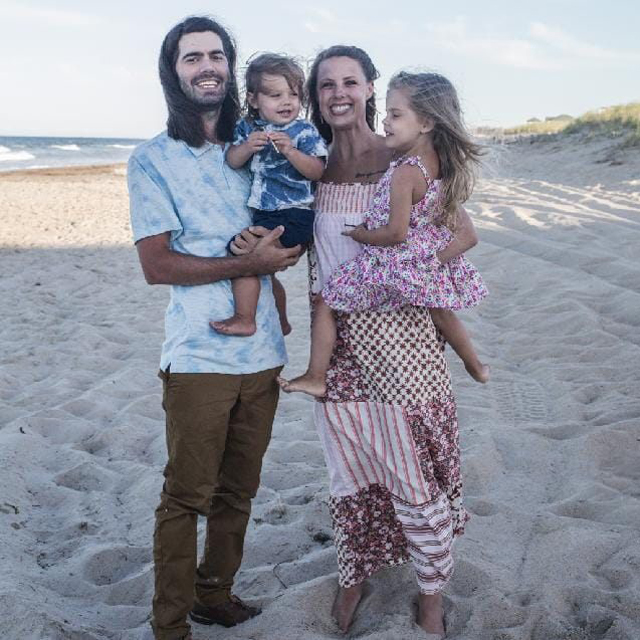 Following our trip to California, I continued mourning my life before HIV. In the midst of the daily funerals I would have for my "old self," I was still waiting, and in some ways hoping (praying) that this was not my reality. You see, I'd tested positive for HIV antibodies, but was still awaiting the results of my Western Blot test. This test determines your viral load (copies of the HIV virus in your blood) and your CD4 count (your t-helper cells... the good guys that fight off infection). I'd convinced myself that I was nothing more than a rare occasion of a false positive. There was no way this was real. It's not that I felt that I was "too good" for HIV because, as you may recall, I am a professional at getting in my own way and putting myself down. I just couldn't foresee a future where I didn't end up sinking into a darkness born of stigma—stigma from others, stigma I felt towards myself. My life would be over. That's it. The end. This couldn't be my reality. I wasn't strong enough to fight against that darkness. It would for certain swallow me whole.

The day I was scheduled to visit the infectious disease doctor for my test results, Rory had to work. My mom drove to Richmond to attend the appointment with me for support. I was still in deep denial. I was still expecting the doctor to tell me that this was all just a mistake and that something in my body had triggered this false positive. I could barely breathe on the way to the doctor. Waiting for my name to be called felt like I was awaiting my turn to bare my own cross. Then they called me. I hesitantly walked into the bright, uninviting room and slumped down onto the examination table, or whatever you call it. "Well I wish all my patients came in with these numbers... you're really lucky." The doctor's words didn't register in my brain. I didn't understand how that could be the start of our conversation. I missed the part where he apologized for the stress I'd been going through awaiting these results and that it was a false positive. "Do you know where you got it?" He had to be fucking kidding me. I took a breath. "So I have it... I have HIV?" His eyes peered up from his charts, they looked surprised. "Well yes, but really, your numbers are not bad at all."

I left my body. My consciousness separated from my physical body and I was floating above myself. I couldn't hear what he was saying to me. It was muffled like I was underwater. I was underwater, I was sinking, I couldn't breathe, I was drowning. Someone help me, damnit! In between my gasps for air I could hear my mom weeping in the corner. The shame she must be feeling, I thought. The doctor was stoic and unreactive to my outburst of emotion. "Am I going to die?" I asked him. It couldn't have been much louder than a whisper. I choked on tears. "No, you won't die. As long as you take your medication, you can live a long life." He handed me a co-pay card and circled the medication he wanted me to start taking... forever. I wanted to tear up that card. Instead I took the card from his grip and immediately texted Rory, "I have it." It was final. This was the new me. I don't know how I walked out of that room, but I know I walked out a different person. It felt as if I was floating instead of making contact with the ground. I wanted to sleep.

The rest of the day was spent at the doctor's office running more tests—a chest x-ray was one of the tests. I had to hand a slip of paper to the person administering the exam. Reason for the x-ray: "new HIV diagnosis". This was the first time I was disclosing my status to another person and it wasn't even my idea. I felt heavy with shame. Following my text, my mom drove me to the pharmacy to pick up my medication. Again, I was full of shame. I hesitantly gave my birthdate to the pharmacist and I swear I saw his eyes shift to see me in a different way. "Of course he knows," I thought. "So your insurance will not cover this medication and it costs (something like) $6,000... What do you want to do?" I wept. No one told me about my options for coverage, about ADAP, about how a co-pay assistance card worked. I left the pharmacy without medication that day. I visualized the virus rapidly making copies of itself in my blood and murdering my T-cells. I felt sick. (I eventually was connected to a case manager who helped me to sign up for ADAP and I was able to obtain my medication and start it a week later.)

My mother drove me home. My eyes stayed glued to the ground. When we arrived home and I looked up, I was surprised to see Rory. I almost fell out of the car. He held me and I wept. I was heavy. My head was pounding from crying so much. I felt as if my brain would explode and with the disposition I had in that moment, it might as well have. "We're going to be okay. You're going to be okay." I didn't believe him, but I shook my head in agreement. Saying goodbye to my mom before she drove back to Norfolk felt like saying goodbye to her for the last time. Not because I felt like I was losing her, but because I felt as if I'd lost myself. I was nowhere to be found. Just sinking... still drowning. No one came to save me. No one could hear me anymore.

Rory's birthday was the next day. What a birthday present, I thought to myself. We sat next to each other on the small loveseat in our apartment watching tv. I don't remember what we were watching, but I remember that I wasn't watching it. I was busy mourning my life before HIV again. I took a rip from the bong. I thought it would help me sleep, calm my mind a little. "I need to go to the bathroom," Rory said as he abruptly stood up and made his way to the bathroom holding our cat, Mowgli. It didn't register to me why Rory needed to take the cat to the bathroom, but I wasn't paying much attention anyway. When Rory came out of the bathroom, Mowgli ran towards the loveseat, towards me. "What's that hanging off his collar?" Rory asked. I looked down. It was a ring. It was a fucking ring. WHAT? WHAT WAS HAPPENING?!

Before I knew it, Rory was in front of me on his knee. "Heather Elaine Rhea, will you marry me?" I didn't speak, I just started sobbing. I was sobbing so hard it almost felt like yelling. Of all the emotions I'd felt throughout this day, this emotion was indescribable. I felt as if my tears were extracting the shame I felt inside my body. My tears were bringing back the life inside of me. "I wanted to make your worst day your best day." I continued crying and I think I eventually said yes.

Rory explained to me that when I texted him, "I have it", he told his boss he needed to leave work for an emergency. He went shopping for rings. He had planned to propose to me later in the year, in December, but he felt like this was the right time. My heart scabbed over and started to heal. There was a smile on my face. There was happiness in my heart. And I still was living with HIV. I could be happy and live with HIV. Later that night we received a tornado warning on our phones urging us to take cover, so we grabbed Mowgli and went downstairs to the parking garage to take cover in our car. Rory drove the car right up to the automatic door of the garage and pressed the button to open it so we could see the storm. We sat and watched. This felt symbolic to me. After everything I'd gone through that day, I felt safe. Safe, seen, and HIV-positive. I exhaled and pulled myself up from the darkness. I felt calm in juxtaposition to the storm. I'm going to be okay. 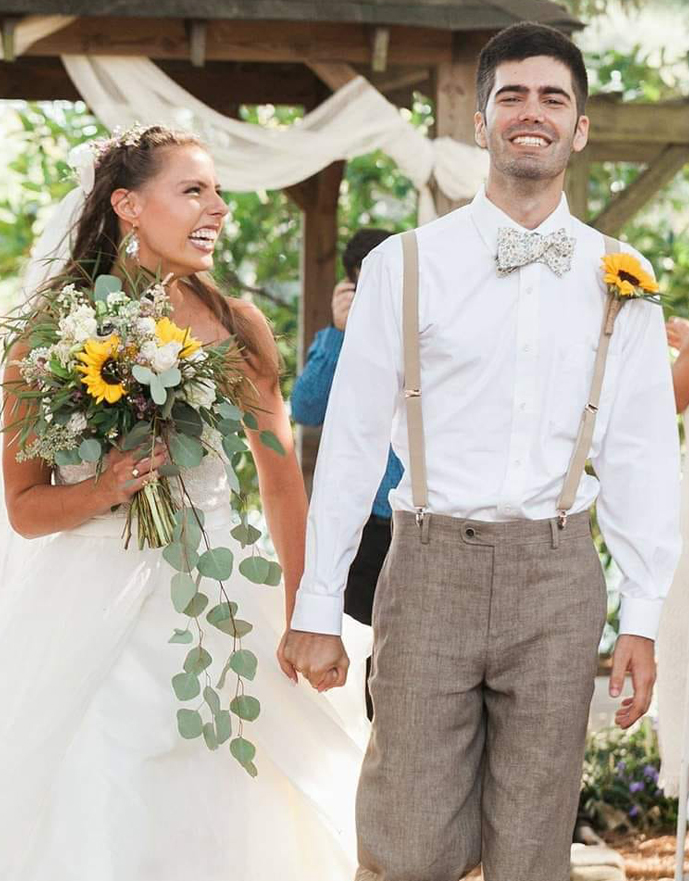 As I write this, today is my 5th wedding anniversary. We have two healthy HIV-negative children. I'm still HIV-positive and there are days that go by that I don't even think about it until I take my pill. Even then it just feels like routine. It's okay. I guess the point of me sharing my story is that I want everyone to know that there is life after an HIV diagnosis. There are good times and bad times that await you and growth to be had. If you're feeling hopeless, if you feel like you're drowning, if you're not sure you can make it another moment, please... choose to hold on. There is some type of goodness in the world that exists specifically for you. I can't wait until you find it (or it finds you).

SO PROUD TO BE YOUR MAMA!!

SO PROUD TO BE YOUR MAMA!! LOVE YOU SO MUCH!!

So much of this resonates... That moment of hearing as if from underwater. I liken mine to the sound the adults make in the old Charlie Brown cartoons, but its the same. Thank you for sharing pieces of you with us. We all grow and stay connected to our inner self when we know we are not alone.

That was so familiar. I know how you felt totally. I got my results while at work. Everything stopped at that moment and most is a blur. I remember leaving work early and having to tell my fiance (who is negative) why I was so quiet. I am so grateful for him. he knew my trauma but not how deep it ran. He has been my greatest source of support and I know I would not have been able to get thru this without him. Things are looking hopeful today but we will never look at April 1st the same again.