As we celebrate this very important Latinx AIDS Awareness Day, I think about how far we have come, but I also think about so many things that remain the same in our communities in the United States and Latin America. We still face the same issues that we faced in the 80s and 90s, like stigma, which is the number one killer, ignorance, which is the lack of knowledge, fear, and just self-acceptance of living with this human condition that we call HIV.

As a Latinx cis woman born in Medellín, Colombia and a long-term survivor of 34 years living with this human condition, I have seen many changes that are positive, especially in the United States, which is a little bit more advanced as far as education, prevention, and support. You see, in our countries, and even in certain parts of the United States, we are still facing, for example, language justice issues. Undocumented immigrants have a very hard time getting tested or getting into care, because they are afraid of getting deported. This is one of the biggest things that I do. I try not to talk about it because unfortunately people get upset at me, thinking that I'm giving medication away that is meant only for United States citizens, which is far from the truth. I refer them to my contacts in key states where we have a large amount of Latinx brothers and sisters that are undocumented and in these specific states are places that are privately funded!! So no, I am not taking away medication from people that have a legal status or that were born here in the United States. As I mentioned, language is a huge barrier and we're trying to advocate every day for this to change. Many in the Latinx community feel unheard because they can't communicate in their native language. And transportation, housing, and many more factors affect us as a whole. In Latin America, although we speak the same language, the stigma is horrible. Many people don't even want to get tested because they feel or they know they will be rejected for having HIV - or they still believe that HIV/AIDS is a death sentence. Even worse, some don't even know what HIV means.

We have come a long way and social media has facilitated for us advocates and people working in the health field to exchange very important information, like Undetectable Equals Untransmittable (U=U). U=U means when a person that has HIV is on treatment and becomes undetectable, which means that the virus is so low that it cannot be traced - this does not mean that it’s not there, it just means that it's so low that you cannot pass HIV to anyone sexually - zero chance!! This was a huge battle for me. For many years, many couldn't understand why I would put people in danger and back this up. Well, you see, science backed it up! I was just the person that delivered the good news but I was attacked, not only in the United States, but in many places in Latin America by my own community because we had little information that was geared to our countries. It was very hard to get people to understand we're not infectious and the treatment works. As I told them many times, if you believe in Treatment as Prevention (TasP), you have to believe in U equals U! And I am so happy that finally people all over the world, especially in the Latinx countries and Latinx communities, finally accepted the science. This makes me feel so much joy! I have also observed more education and prevention being done in our communities, which are still very reserved. As I always say, we are like "don't ask, don't tell." We do not like to talk about sex. It makes us uncomfortable - although this newer generation is more open. I have also seen or observed that finally our communities understand that this is not a gay man's condition; this can happen to anyone and it's very important for people to understand this! It's also very important to continue promoting testing because if we get tested, get on treatment and become undetectable, HIV stops with us!

As far as people living with HIV that are Latinx in the United States and other countries, it's very hard for them to show their faces openly and say their status!! The LGBTQI communities have always been much more open talking about their status but many still are in the HIV closet. As a matter of fact, in many closets, but they are more open to show their faces. It's very hard to get a person from the Latinx community in the United States to say openly that they live with HIV, because so much ignorance and fear surrounds HIV/AIDS in our Latinx communities. In our countries it's even worse, so I will continue showing this face with much dignity and respect, and I will continue to humanize this condition, which I believe is the most effective way to eradicate stigma.

We activists will continue to educate and use important tools like social media. A great example is The Well Project, which I love and I am so very proud of because, from the start, they heard me when I asked if we could translate our fact sheets and expand to Latin America and Spain in our mother tongue, Spanish! You see, this is very important because people feel identified and are more open to read and learn. So we will continue to push through and try to educate our people not only in the Latinx community, but in all communities around the world. 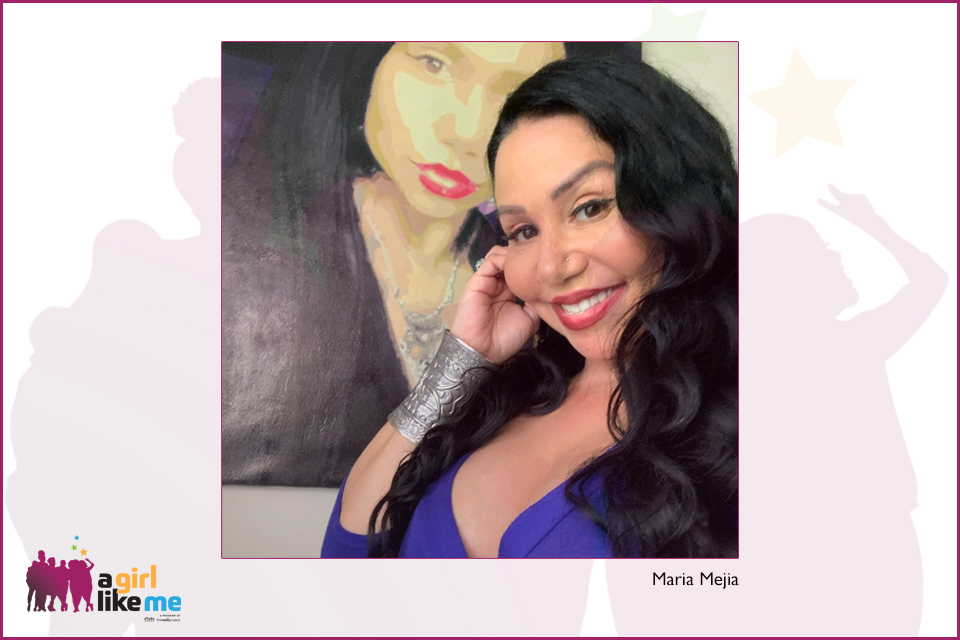 Thank so much my super sister Maria, I have spoken so well.
Yes it can stop with me, when more of us choose to humanize HIV with our beauty and courage.
Yes we can bring Stigma to shame only when we don't care too much to seeing shame!!!
Thanks