Have you ever experienced something that left you feeling and questioning, "Did that really just happen?" 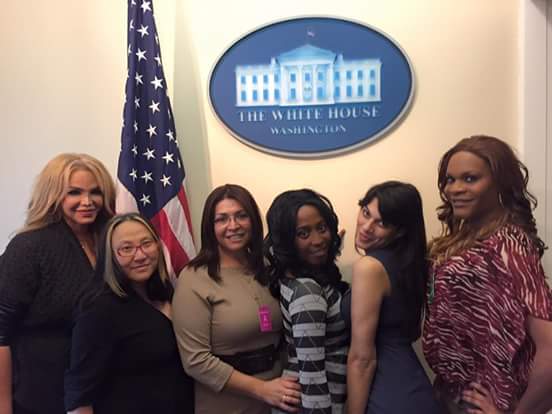 Of course. I have experienced several of those moments in my lifetime, yet I don’t quite believe I was ready for such an accomplishment. Here is a bit of my backstory.

I grew up in Helena, Arkansas in a household of ten, my mom and dad and seven siblings. We are a close knit family and I love them dearly. I always knew that there was a difference in me and my siblings. That difference happened to be the fact that I am a transgender woman assigned male at birth. My transition to womanhood began 17 years ago at the age of 21. There were no more shadows to be lived in for me when I became of legal age. I moved away from home and began to live my life as a woman in Austin, TX for three years before returning to Helena and acquiring an associate's degree. I then moved to Little Rock, AR the very next day after I graduated community college. As a trans woman living in Arkansas, there have been times when I was faced with or threatened with violence simply for living in my truth unapologetically, and I braved them all because I have a warrior's spirit. Not to become side tracked by trauma, I will admit that my life has not been easy and move on for now. I experienced five relationships with cisgender heterosexual identified men over the past 17 years. I'm not innocent and I did what I wanted when I wanted when I was not in a relationship, so my sex life is not the topic of conversation for this blog. It is important to note that I did acquire HIV from being in a relationship with one of the five men I loved. I'm not angry anymore and some people will not understand that, but it is what it is. I have accepted what role I had in me acquiring HIV, and I was a willing participant so no, I don't see myself as a victim. I see myself as someone who didn't always make the best and safest decisions for myself, but I am constantly evolving. Now to talk about HIV is something about which I have become so very passionate.

I vividly remember lying in bed at night when I first learned of my diagnosis and knowing that my life was over. In all honesty, how the hell would I be able to survive this news? Looking back, it was the first time I had ever experienced depression. I couldn't focus on being depressed because I had to find a way to live. I was instantly struck with fear at the thought of anyone finding out. I constantly worried about what would happen when people found out. I held that diagnosis with me for nine months before I disclosed to my mother. In that time frame, I had begun an antiretroviral treatment regimen that was extremely effective at combatting the HIV and getting me to an undetectable status. I was relieved but still that is not the point of the story either.

What I did yesterday was truly an act of divinity on my behalf because when I tell you that I have a past, trust me. I am a Black trans woman living with HIV in the bible belt south where racism is very much a reality, albeit overt or covert, where transmisogyny and transphobia is very much a reality, where fundamentalism is very much a reality. Yet, with the deck stacked so unfavorably against me, I continue to declare that my life matters because Damn It! It does. I have been incarcerated three times in my life though not for long periods of time and only in county jail, but I know what it is like to be housed with male prisoners and the dangers that were associated with being trans in a male jail. Still, I arose from those circumstances and dealt with the mental trauma from that whole experience. Now, I can say how divine intervention has brought me through so much because eight years ago I was on someone's wanted list and the secret service and US Marshalls came to arrest me. Again, I have a past so it is what it is. Yet through it all, I had favor and I was INVITED to the White House and spoke with secret service agents as they performed their security measures so I could enter. And lo and behold, I was granted access. Me. Yes. 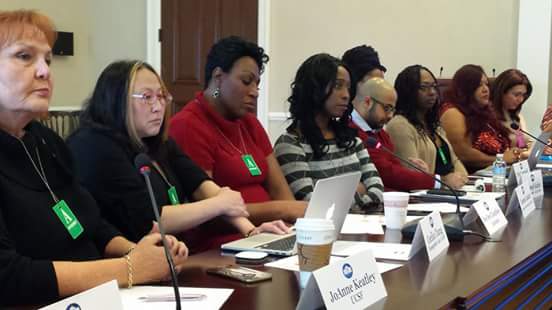 Did that just happen?

I was there with trans women and trans men, some of whom I've worked with, others who I connect with via social media and some who blew me away at their brilliance and resilience. Here we are in this room informing the ONAP, HRSA, CDC, the White House about the disparities trans people living with HIV face and how they are directly responsible by funding programs and initiatives that claim to provide services for transgender people but are led by cisgender heterosexual, gay men and women. That is a definite problem in recording data concerning the transgender population. Why? It's simple; I'm not a man who has sex with men, nor am I a cisgender woman. I own the fact that I am a transgender woman and I have the right to be counted as such. I worked on a national advisory board that provided data to these agencies about the transgender population living with HIV in the South because that is where money is most definitely needed. There needs to be access for transgender people who live in rural areas and live at or below the poverty level due to issues with unemployment, lack of education, competent and compassionate service providers or a list of other issues. So I said all of that not to gloat or brag about where I was but to acknowledge that my life has changed so much so over the course of eight years that I have to go on record about it. I literally went from the jail house to the White House and represented not only myself but those who have the same lived experience as myself. I was not provided any monetary gain for being there. Someone knew that I needed to be there and ensured that it happened. So in spite of my past, I am making strides to secure a future for myself and my trans sisters and brothers.

Thank you very much for sharing this and for giving us all hope. As another trasngender woman I feel proud of your accomplishments and will cheer you all the way through!!!!! BRAVO!!!

Thank you Erika. It has been a journey for sure. I wouldn't change a bit of it though. Had it not been for all that I've been through, I wouldn't be as blessed and fortunate to do any of the things I have accomplished with help. Remember, I'm just a servant who refuses to run away from my purpose. Thank you again my Sister.

I LOVE YOU SIS AND EVERYTHING YOU STAND FOR!

I love you too Maria

I love you so much Maria. I can't thank you enough for approaching me at SPEAK UP! in 2014 and introducing me to Krista. I was still so new to advocacy at the time and really didn't know what I could add to The Well Project. I can say you never gave up on me. I have truly found my community, and it couldn't have happened at a better time. Please give Lisa my love and I hope to meet her one day.