Skip to main content
Home > A Girl Like Me > Blogs > An Open Letter to Healthcare Providers from a Woman, Living with HIV, of Transgender Experience, in the Rural South
A Girl Like Me Logo

An Open Letter to Healthcare Providers from a Woman, Living with HIV, of Transgender Experience, in the Rural South

Have you ever wondered what it's like to be transgender? Living with HIV? In the rural South? Each of these issues alone can be challenging. Together, they are my reality—and it's crucial for healthcare providers to acknowledge them all when addressing my needs.

Let's start with language, as it is, to me, a good indicator of how you really feel about me, how much respect you intend to give me, and thus, how much I'm probably going to trust you right off the bat. First of all, "transgendered" is not a word, and is not a word as it is not possible. The added "ed" on the end implies something done with or to you: you can be murdered, you can be debated, but you can't be transgendered. This is not the result of anyone's actions or of any past traumas. You're born transgender; it just may take you a while to figure that out.

Language is crucial in an industry as deliberate as healthcare, and it's important that you understand this, because people of transgender experience living with HIV in the rural South face many sociocultural challenges and structural barriers to care that increase our risk of contracting HIV and discourage us from seeking testing and continued care, from the very start. Past negative experiences with the healthcare industry--such as intentional dead-naming (using one's birth name after a preferred name has been chosen and used), blatant or microagressive misgendering, invasive/inappropriate questions about being transgender, or having to educate providers about transgender healthcare issues--have caused many in the transgender community to forego healthcare altogether. It's no wonder that, at nearly three times the national average for new HIV diagnoses, nearly half of newly diagnosed people of trans experience live in the South,18% of whom had an AIDS diagnosis (HIV.gov). We have lower rates of viral suppression and higher rates of HIV-related mortality, not to mention higher rates of poverty, unstable housing, food insecurity, unemployment, incarceration, mental health issues, substance abuse, discrimination, violence, stigma, and other traumas.

The South is not a welcoming place for the transgender community. Conservative Christian ideology influences popular beliefs, sociocultural acceptance, relations with law enforcement, public policy, and one's own safety to a greater degree than in many other places. For whatever good religion may contribute to society, it has also significantly contributed to HIV-related stigma. The predominant narrative in the South is that "HIV is a consequence of your own actions, an exposure of character, a judgment of God." This is an especially harsh stigma in the South that follows you everywhere. An HIV diagnosis in the South can be a scarlet letter of sorts that prevents people from wanting to know their status. I won't even get started on the relationship between conservative Southern Christianity and the transgender community in the South.

This is why I didn't come out to my family until much later in life, at forty years old. I've always wished I had had the courage to come out sooner; I often wonder how my life would be different now if I had. I spent most of my life in secrecy for fear of the consequences. This caused severe mental health and even physical issues that traumatized me the majority of my life, and it nearly killed me when I almost chose to take my life. Fortunately, a peer advocate from my clinic, an AIDS service organization, talked me into trying therapeutic counseling; I soon began hormone replacement therapy, and my providers immediately began using my chosen name and pronouns. I credit these simple, judgment-free acts of acceptance and affirmation with saving my life. Any lack of respect from or distrust of my providers at this delicate time in my life could have had a catastrophically different outcome.

It is imperative that healthcare providers establish trust with the trans community, because the healthcare setting just may be the only safe space people of trans experience have. Things as simple as respect, compassion, and maybe some additional education can have an undeniable positive impact on transgender health outcomes, especially when you consider that between 2014 to 2015 nearly two-thirds of people of trans experience surveyed by Behavioral Risk Factor Surveillance System from 28 jurisdictions reported having never tested for HIV yet studies have found that people of trans experience are more likely to engage in and remain adherent to HIV treatment and are more likely to reach viral suppression when gender affirming needs are met.

It's not easy to be transgender in the South; to also be HIV-positive is a double stigma that can be difficult to overcome in many aspects of Southern life. Healthcare providers can be a saving grace in an environment where few exist by promoting safety and trust irrespective of personal views influenced by culture, religion, or politics. That trust begins with treating the whole person with respect for all of their realities. This is where healing begins. 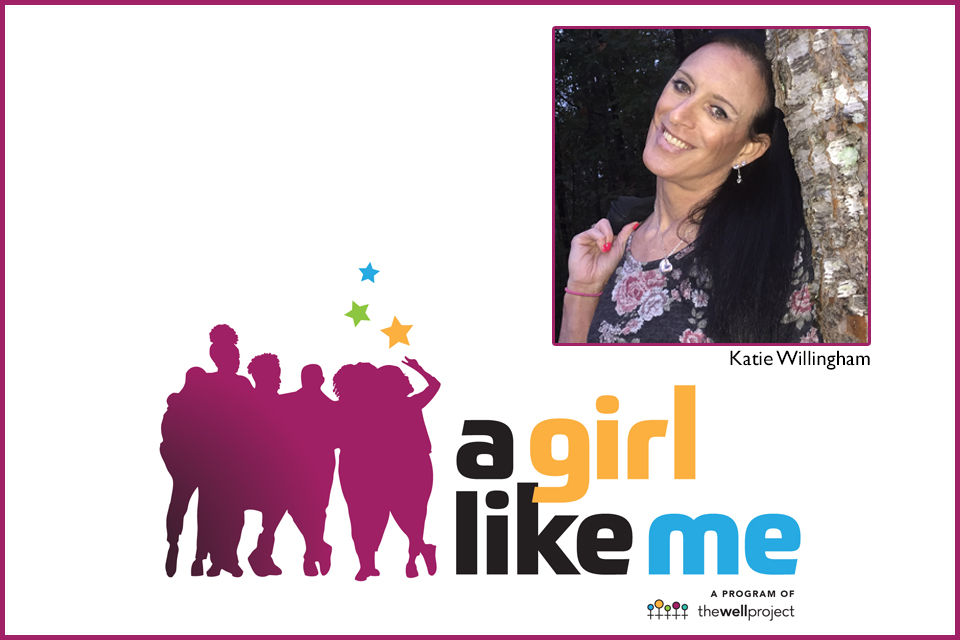 Thank you for your transparency and honesty. It is enligntening, particularly your explination and resoning of the word " trandgendered".

It was an ah-ha moment for me. I'm passionate about equitable health care and that matters to me.

Light blessings to you!

Thank You for your response

Thank you so much, I'm so happy to have reached someone. I have always hated being called a transgender woman, it just feels so segregating to me. I've never understood why I have to be so thoroully described, no one ever says "that cancer woman"or "that high blood pressure woman" or even "that HIV woman". I know it's not always intentional but when I hear transgender woman I feel like what's really being said is "she may look real, but she's not, so be warned, she's transgender" maybe it's just me. I just don't understand why I always have to be segregated into a seperate demographic unless you're specifically talking about my health diagnoses or community, why I can't just be a woman with many health diagnosis for me to disclose when I'm ready. I just felt the need to say something