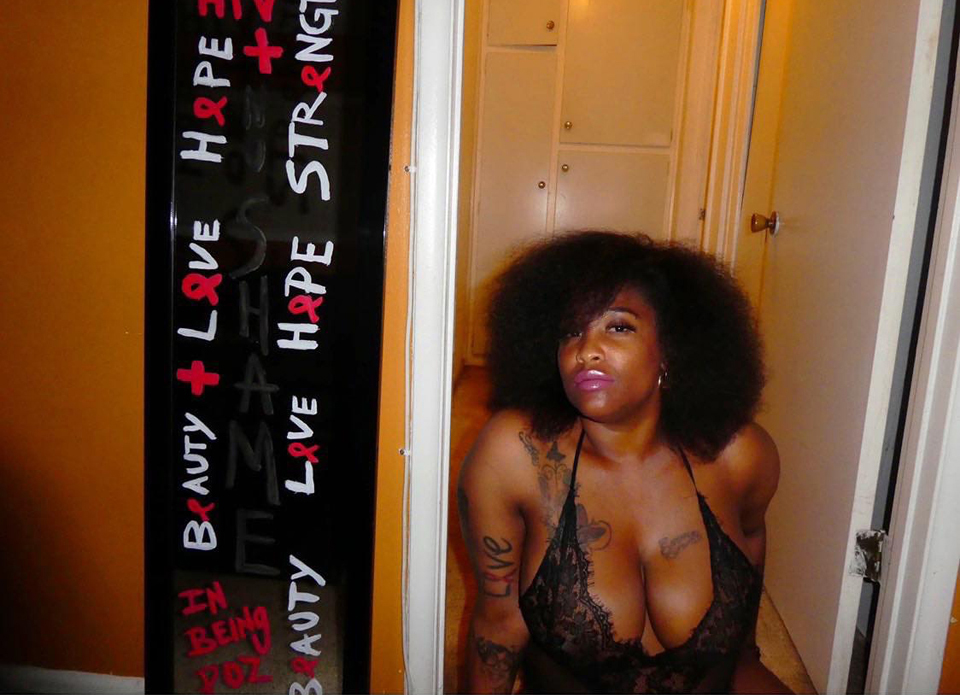 Disclaimer: Not everyone I have been with has been afraid to be with me, but for those that were this is how it made me feel.

Lucky for me, I have been fortunate enough to find people who still want to date me after I disclose that I am HIV positive... But then there is another layer to the reason why I get Anxiety when it comes to dating. As if Disclosure isn't difficult enough right? I have to deal with the part after disclosure; the part where I now have to educate my partner on how to be INTIMATE with me.

And I mean, I guess I should be grateful of the fact that I found someone who is open to the idea of dating someone with HIV... But I can't even begin to explain how annoying it is to have to teach someone how to love you... And I don't mean love in the emotional sense... I mean love in the physical sense.

Sex is not merely physical for women - well let me refrain from generalizing - for me it is mental also. The way a woman feels about her own genitals plays a role, too, as does her ability to relax, to let go, and to feel sexually excited or aroused. The best way to kill the vibe during sex is seeing the fear and worry on your partner's face when it comes to the thought of having sex with you... is hearing the question, so what can we do and not do? I mean, I'm trying to do everything; I am trying to explore my sexuality just like you...

It's frustrating trying to convince someone that it is OK to make love to you, because you are undetectable—that HIV is not as transmissible as people think it is, especially when you are using a condom. Or feeling the hesitancy of your partner when they are penetrating you, or the thought deep down inside any time someone refuses to taste you that maybe they are afraid or nervous or they think you're not clean. Or witnessing your partner thoroughly checking their fingers to make sure that they don't have any open cuts, or not wanting to French kiss in case they have open cuts in their mouth. I mean, I live by practicing safe sex and all, but having to be unnecessarily safe is a mood killer. And it results in me uncomfortably saying stop and then pulling the covers up over me in attempt to cover my vulnerability because I no longer feel sexy. It's also a self-esteem killer.

The vibe is dead now. I am turned off. I don't even want to do it anymore. It's no longer pleasurable or fun, but I mean I have to be understanding of their fear. I am always so understanding of the fact that not everyone is as educated on the topic of HIV/AIDS as I am, not everyone is aware of the advancements of treatment, and the facts that studies have proven. Like treatment is a means of prevention, it reduces a person's viral load, someone who is HIV positive can be undetectable, and Undetectable=Untransmittable. Thank God for U=U, because finally it means that I could love without fear. I know that I am not contagious anymore.

But historically the way we have been taught to think about sex is from a very sex negative approach. As a means of control, different religions have taught us that sex is only supposed to be between husband and wife, man and woman. That sex outside of marriage is adultery, and that same sex marriage is illegal. That STI's are a punishment for our sins. The demonization of sex and sexuality is complex, especially regarding female sexuality and the double-standard that is "Player" vs "hoe." If a woman has sex with multiple men, and explores her sexuality she is considered a hoe, but a man is considered a player.

When we are told that having sex is shameful, we fail to develop the skills to communicate with our partners about sex and all the complications that come with it. We also fail to engage in introspection, which would help us sort out complex feelings, urges, and preferences. That makes it even harder to talk to our sexual partners and it keeps us from asking questions to medical providers or other sources of guidance that could help. Unsurprisingly, this leads to sexual dissatisfaction, decreased bonding between partners, and the spread of sexually transmitted infections.

It's like I am paying for the negative, unhealthy ways in which we all go about having sex. It's like people living with HIV/AIDS are wearing the Scarlet Letter now; instead of adultery, its AIDS. I am not the one with the problem here, Society is… Society as a whole has major Intimacy Issues, and we haven't quite figured out how to properly address or resolve them yet. I will end this blog with a line from a fellow advocate named Kelly Gluckman who I follow. In her poem called Sexy Self Love, she states "It's like I'm constantly fighting to live in a world that I think should exist… A world that isn't afraid of me, because the truth is common sense."

Love this.  Timely in my life and so well written! Thanks.
like0